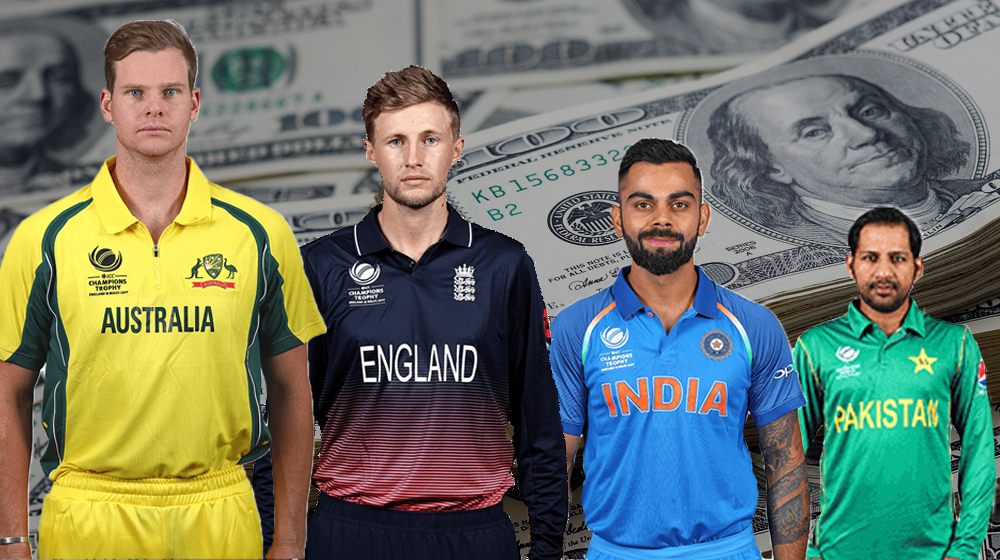 Pakistan has failed to host to an international cricket match on home soil since 2009 yet its revenues are still amongst the top four cricket boards and well above New Zealand, West Indies, South Africa and Sri Lankan’s revenues. In retrospect, that is a remarkable achievement.

But the real questions is: are the players getting compensated accordingly if the board is financially stable?

According to ESPNcricinfo report, Pakistan’s international players are not only paid less but are among the worst paid in the world of cricket.

The situation is so grim that the retainers of the Pakistani top tier players who won Champions Trophy are less than those of Ireland — a country which is yet to play its first Test match.

Like Pakistan, Indian players have also been faced with similar concerns while negotiating with their board and the report suggests that the disparity is due to lack of players’ association in both countries unlike the rest. 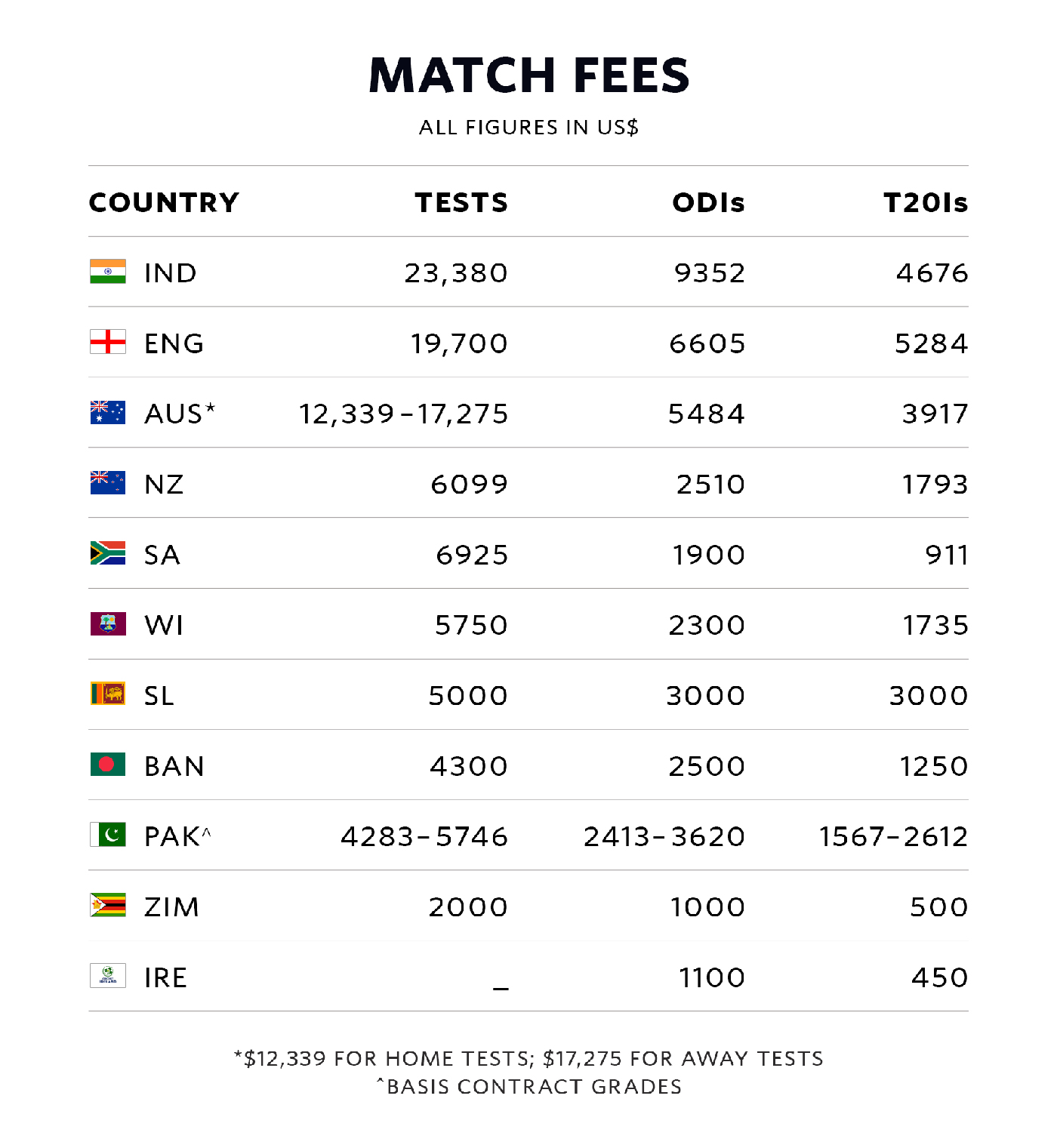 The report highlights that another major reason why Pakistani and Indian players are paid less is because their respective boards offer more contracts than other boards in the world. Thus, bringing slight equality to the equation.

Is this a valid justification, however? Many disagree.

The report suggests that in order for Pakistan’s top tier cricketers to earn the same as other nations with comparable revenues, they have to play more matches (across multiple formats) since their basic retainers is significantly lower.

Playing more matches also increases the chance of getting injured more frequently, which causes Pakistan’s players to lose more in “monetary terms” than what likes of Kane Williamson or Angelo Mathews would.

For Pakistan, and with the earnings of $300,000 a year, Sarfraz Ahmed is the highest paid cricketer. 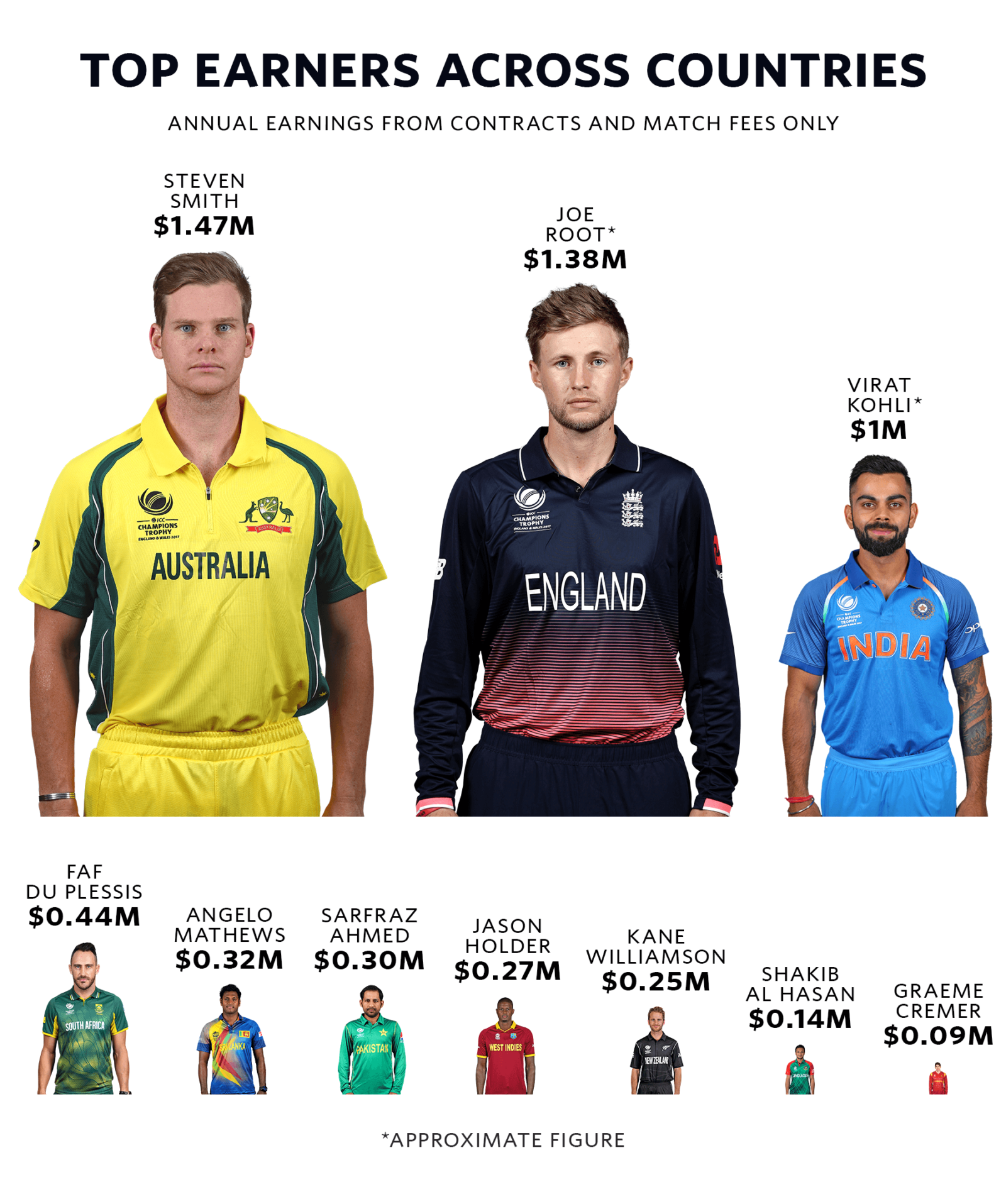 Only two boards in the world have lower basic salary than Pakistani players and those are Bangladesh Cricket Board and crippled Zimbabwe Board.

However, when you take a look at a basic salary, Pakistani players rank extremely poorly for a Test-playing nation. Top category contract holders earn $74,014 in Pakistan, annually. In comparison, Ireland earns $75,000.

The contracts are broken down in four categories; A, B, C and D. The A list includes all the experience and prominent players whereas all the emerging talent is categorized under category detail.

Compensation plans for category A follows as:

The complete list of players, categories and their earnings are as following:

Note: Endorsements, bonuses and match award money is exclusive of the sum mentioned above.

Speaking about the highest paid top-tier cricketers, Australia’s Steven Smith leads the chart with his annual earning from contracts and match fees standing at $1.47m, while England’s Joe Root is second and makes $1.38m while Kohli sits on $1m fortune for his efforts.

Compared to player earnings in other sports, however, cricketers are at a clear disadvantage monetarily as the highest earners in football, Formula One, basketball, golf and tennis all make astronomically more money than the highest paid cricketers.