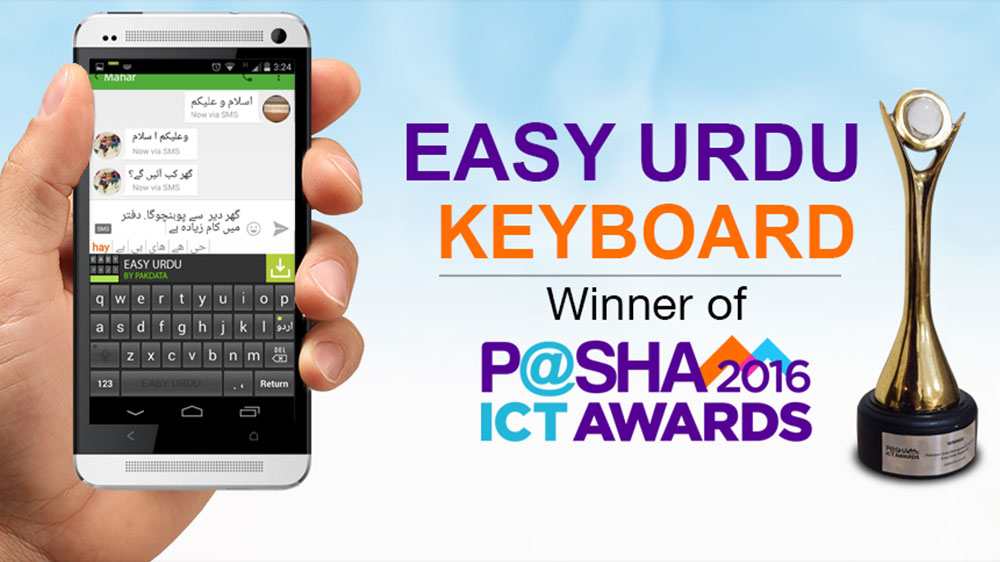 Just think of the frustration we have when we want to send a message in Urdu but we can’t since we are stuck with an English keyboard on our mobile phones. Most of the time, people end up using Roman Urdu to convey their thoughts instead.

Couldn’t it be great if, instead of saying ‘kia haal hai’, we could just type  ‘کیا حال ہے’ and take pride in using our national language the way its supposed to be? Something that could help you change Roman Urdu into proper Urdu.

It is an award winning app that has been developed by Pakistan Data Management Services (PakData), a renowned software house based in Karachi. Their intention was to come up with a better and painlessly simple way to use local languages in your favorite chatting apps, making life easier for the average Pakistani smartphone users in the process. 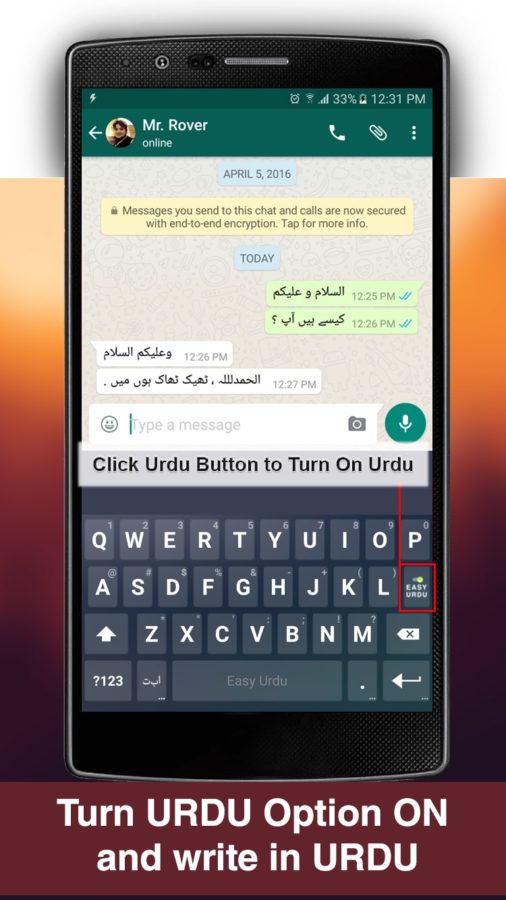 Interestingly, Easy Urdu Keyboard just reached the 3 million downloads milestone recently ever since its launch in 2015. Its developers claim that it is one of the most downloaded apps in Pakistan by a local company. Easy Urdu Keyboard is also the winner of the [email protected] ICT 2016 award.

Easy Urdu Keyboard has a special feature of turning Urdu words written in Roman English into proper Urdu words, along with having an Urdu alphabet keyboard to write in Urdu.

The dictionary feature allows the app to predict the next word user wants to write and aids in fast typing.

The app also offers many themes for the keyboard.

As part of its initiative to bring local languages to smart phones, PakData has also released Pashto and Sindhi Keyboards on Google Play Store that are seeing a lot of interest from the users.

PakData is currently working on other local language keyboards including Punjabi for those who want to type and use their native languages on their phone.

These keyboard apps work across all apps including Whatsapp, Facebook, Twitter, Skype, SMS and all writing apps as well.

We have been expanding our development efforts and trying to bring more ease and comfort to the smart phone users in Pakistan.

As more and more people are adapting to smart phones, the demand for quality apps rising. The success of Easy Urdu Keyboard would not have been possible without the combined effort of the whole team of PakData.