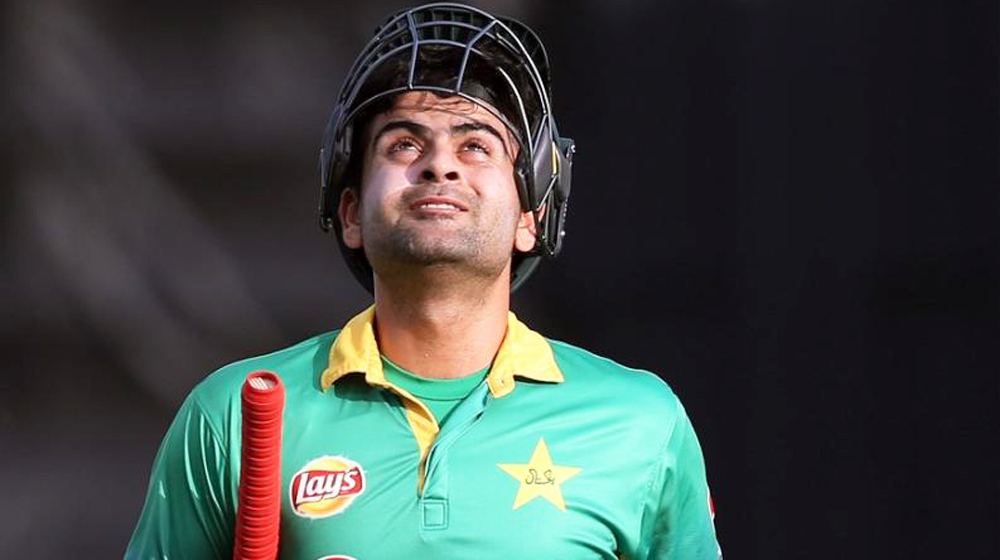 Pakistan’s opening batsman Ahmad Shehzad has been dropped by the PCB selection committee for the three-match T20 series against West Indies.

Reports suggest that the committee reviewed Shehzad’s recent performances and decided that he does not deserve a place in the squad.

The 25-year-old was given an opportunity but failed to make an impact in the recent series against Sri Lanka.

He managed the scores of 27 and 22 in two T20s he played and collectively scored 8 runs in 2 ODI matches.

Shehzad isn’t only struggling on international stage, he has also been released by Quetta Gladiators and his faith in the domestic league will be decided in the drafts scheduled on 12th November.

Micky Arthur, along with the selection committee, finalized the 14-member national team which includes all-rounder Amir Yamin and Muhammad Rizwan.

The board is keen on testing new faces and giving second chances to players to prove their worth.

His record isn’t that impressive which is why it remains unclear whether he has been dropped for long-term or not.