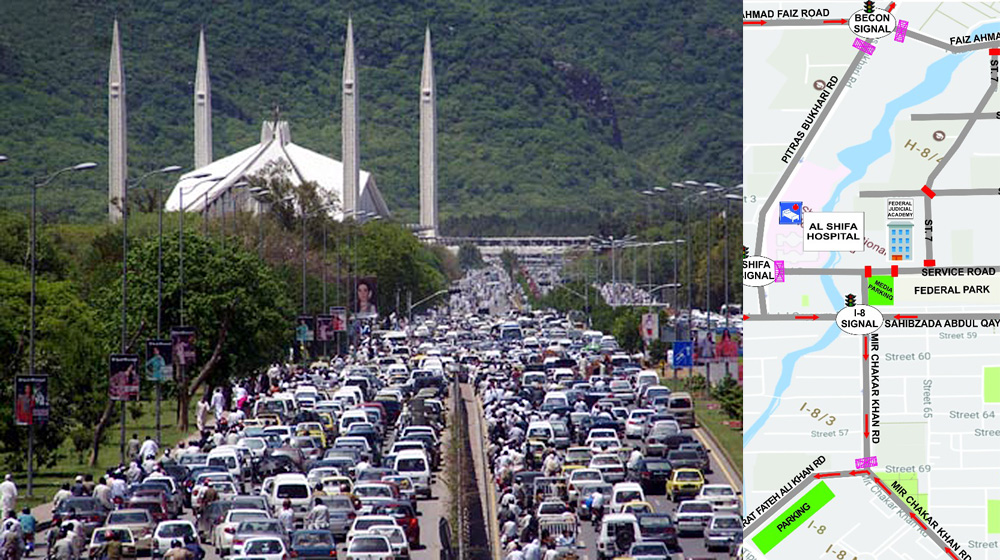 Islamabad and Rawalpindi have been witnessing huge traffic jams for the past several days. The government was forced to close several roads after a sit-in staged by a religious group, Tehreek-i-Labaik Ya Rasool Allah.

For people’s ease Islamabad Traffic Police has sugested alternative traffic routes* for Islamabad and Rawalpindi. However, do keep not that traffic situation is not expected to be any better at peak times.

Faizabad Intersection will remain blocked for the traffic if the protesting rally remains camped at Faizabad. Islamabad Traffic Police (ITP) has devised following traffic plan for the commuters of Rawalpindi and Islamabad:

*The routes are being updated periodically; confirmation of the route prior to any trip is advised.