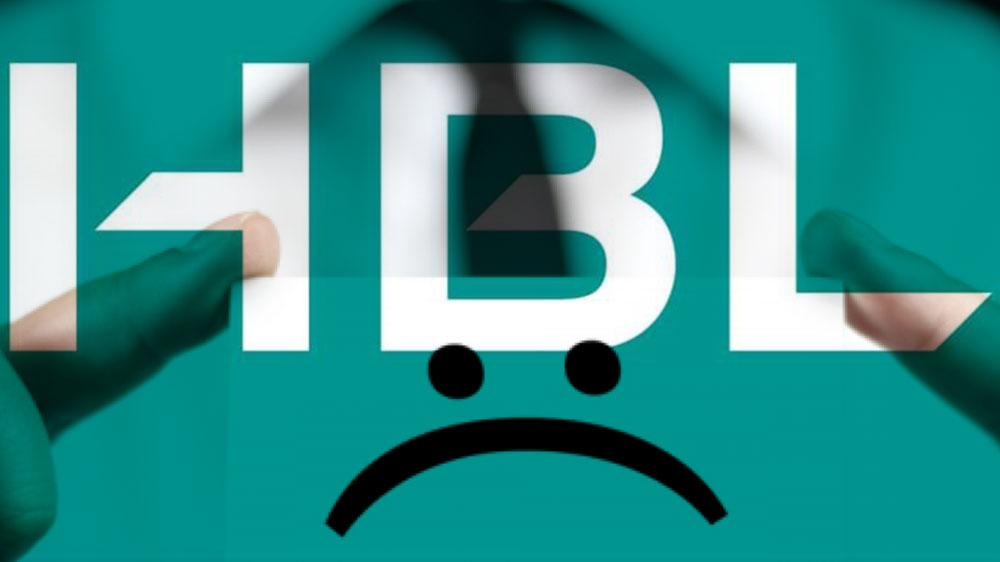 Poor customer service, irresponsibility on HBL’s end or just another angry customer? We will let you decide.

Apparently, going by her version of events, HBL misplaced an enormous amount of Rs. 150,000 that she had transferred from her account and no one knows where it went.

In such a situation, she tried what any other banking customer could do – she contacted their ‘helpline’.

Here’s her complete account of how things went with the HBL helpline:

8 days ago, Hira Najam tweeted this, summing up her issue with HBL and their helpline:

Money is missing but no one has a clue. I've been told to be patient. App 10 din wait ker lain. Okkkkay

Even after the passage of 3 days, no progress was made. She even tagged the official Twitter handle of HBL Pakistan in the hopes that someone could take notice of her issue over social media.

3 days later, no sign of where my money has disappeared. I'm still being told to be patient. Overall 10 days of this missing-records-missing-money saga. Thanks @HBLPak.

Day 4 today and no one from @HBLPak can tell me where the money missing from my account is. No answers. Zilch. Horrible, confusing, distressing and but mostly I just feel helpless.

Another Pakistani tweep had a helpful suggestion for her. To this Hira laid out how many times she had to attempt to get in touch with their customer service helpline. Her phone log said it all:

This is me trying to get in touch with HBL today. pic.twitter.com/5JzBj0yFcU

HBL’s helpline, when it actually could respond to Hira, had one standard answer for her whenever she called them -‘to please be patient as they figure it out’.

Hira, seeing as how she was getting nowhere with the helpline, started building her case against HBL as confirmed by this tweet.

Oh I have everything, I've sent them everything. Every text, transaction, every message and email. Nothing. Is there any email/physical address I can send all this on?

A week passed and no one at HBL has any idea what happened to the money she transferred.

One week later, no answer from @HBLPak about where 150k missing from my account is. Empty platitudes and patience is all I'm advised. Harrowing experience.

She does have a point here:

Who know what my missing funds are being used for? Someone might be using my money for nefarious deeds but until then, as per @HBLPak I should remain calm and patient.

Since it has been more than a week and all she’s got in return are vague requests to be patient while HBL figures out what went wrong, another Twitter user suggested that she exercise her rights by complaining to SBP’s Banking Ombudsman.

If all else fails, she has been advised to visit her branch and go face to face with banking officials:

This whole Twitter exchange has illustrated how important it is for companies in the 21st century to listen to their customers. Seeing as how HBL’s Twitter account hasn’t replied to her queries yet, this reflects poorly on one of the largest banks in Pakistan.

Right now we only have one social media user’s version of events as they happened so it is not too far-fetched to assume that HBL’s bureaucracy and lacklustre reputation management social media management skills may have made a non-issue a huge PR headache for the company. They might know the answer to where the money went. But then again, given their shoddy helpline and social media skills who is to blame here?