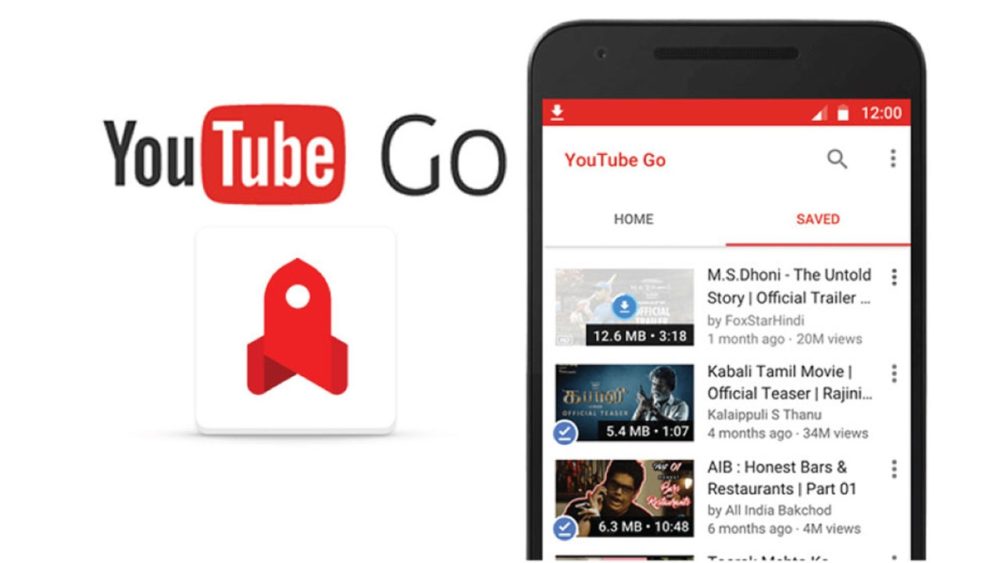 For people who don’t have access to a reliable internet connection, Google has revealed a lighter version of YouTube called YouTube Go. The app was in beta since June and is now officially being released in in India and Indonesia as its preliminary markets.

Unlike Facebook and Twitter’s low-data usage apps, YouTube Go allows users to download videos from the network for online viewing. These videos can also be shared between users on separate devices, via either Bluetooth or Wi-Fi Direct.

The videos could be downloaded in either 144p or 360p when the app was in beta, though the final release also brings the 480p option . This way users can work out the ideal compromise between data usage and quality by themselves.

Downloaded videos can be stored in either the phone’s internal memory or the SD card. Android 4.1 Jelly Bean and above is supported, which is probably the best given how many people are still stuck on the older iterations of the OS.

The interface of the app is somewhere along the lines of the main YouTube app, however, it misses out on most of its features. The main page offers users a bunch of recommendations based on what is popular currently, while a preview gives users a taste of the content they should expect in a video.

The app has a download size of just 9.4 MB, which will allow it to be used in low end Android devices which lack large storage capacity.

For people outside the launch markets, you can either wait a short while for YouTube Go to arrive or side load the app through an APK.