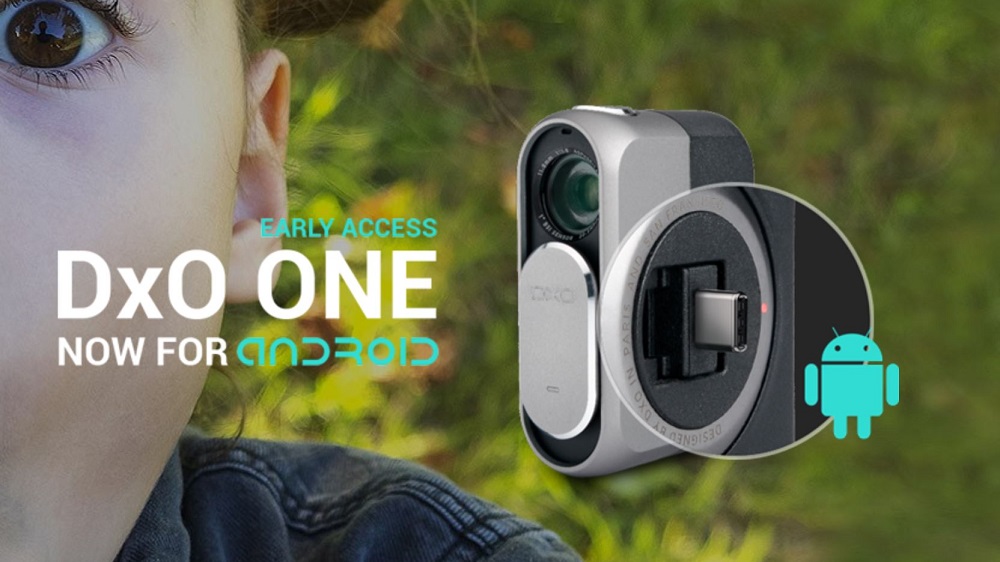 You may know DxOMark as the reviewing website for Smartphone and professional cameras, though it is also now wetting its toes in the smartphone accessory realm. These accessories pertain to its main edge, photography.

The DxO ONE is an add-on camera that is now available for Android users. It is in “early access” right now, having already been released for iPhone a while back. The accessory claims to take professional-grade photos directly from your phone, negating the need for heavy gear.

This should be an interesting piece of tech, especially due to being made by DxOMark themselves.

The module consists of a 20.1 MP 1-inch CMOS sensor. It comes with a wide f/1.8 aperture with a 32mm fixed lens. RAW capture is also supported.

On the video front, you get 4X slo-mo videos, time-lapse videos as well as built-in Facebook Live support.

Connectivity is enabled through USB-C port. Supported devices include all the major flagship phones of the year, as well some mid-range phones. Companies such as Huawei, Nokia, LG, Samsung, HTC and others are supported.

This is not the first we have seen of an add-on camera accessory. However, the new DxO ONE will be considered a success if it doesn’t manage to die within its first few months, as its benchmark is that low right now.

The single major concern here is the price, which is set at $499 for the early access edition. Actual reviews will help you decide whether the camera is actually worth the money. Nikon’s amazing D3400 is actually much cheaper and might be a better option (even if the markets for the two couldn’t be further apart).

The Early Access Bundle includes an additional case for DxO ONE which makes it waterproof for up to 45 meters of depth. The company’s PhotoLab software is also bundled with it, which retails separately for $199.