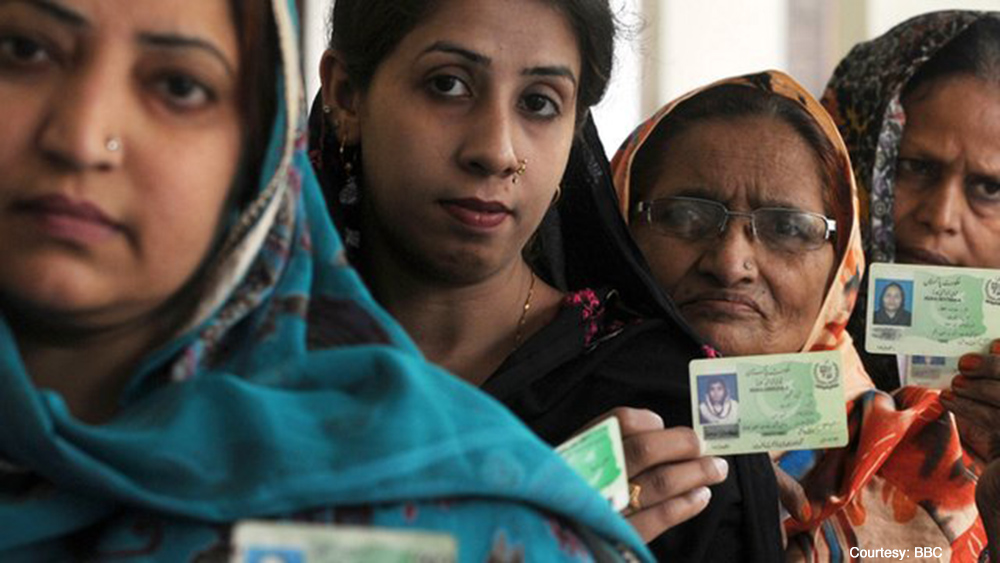 As 2018 is getting close, the Election Commission of Pakistan (ECP) has been preparing for the upcoming elections. However, there is a glaring issue – 12 million eligible female voters won’t get a CNIC by that time. There’s a similar issue regarding men as well but its on a smaller scale.

On Monday, ECP launched a project in order to mitigate this issue and reduce the gap between male and female voters.

ECP believes that elections are free, fair and transparent if they are inclusive in which every segment of the society has an equal opportunity to participate.

The underlying cause is the absence of national identity card (NIC) owing to different socio-cultural constraints. To me, this means ignoring a considerable number of our population in the decision-making process.

As the upcoming election is almost here and time is short, sources in ECP say that this plan to reduce the gap between male and female voters might not be fully realized,

They said that NADRA has been going through various administration issues and their capacity of facilitating NICs is low, which might hinder the ECP in achieving its goals.

There are only a limited numbers of Mobile Registration Vans (MRVs) and all the available ones are following strict schedules. Moreover, the capacity of MRVs and the registration centers of NADRA are also too low to process NIC applications before the elections. The biggest issue faced by various NADRA offices is the lack of separate female windows to facilitate females applications for NICs.

A civil society representative said that they would help out NADRA by setting up camps outside registration offices to facilitate women applying for NICs but NADRA has not given permission for such camps.

NADRA is considering declaring Saturday as a working day and increasing the working hours in districts with higher rates of unregistered female voters until April 2018.

The authority is further planning to increase separate windows for women to facilitate them when applying for NICs. It plans to acquire new MRVs and is planning to give free NICs to unregistered women which usually costs Rs. 400 per card.

All these initiatives, if successful, will definitely increase the representation of women in the upcoming elections, which could have a major impact on the results.