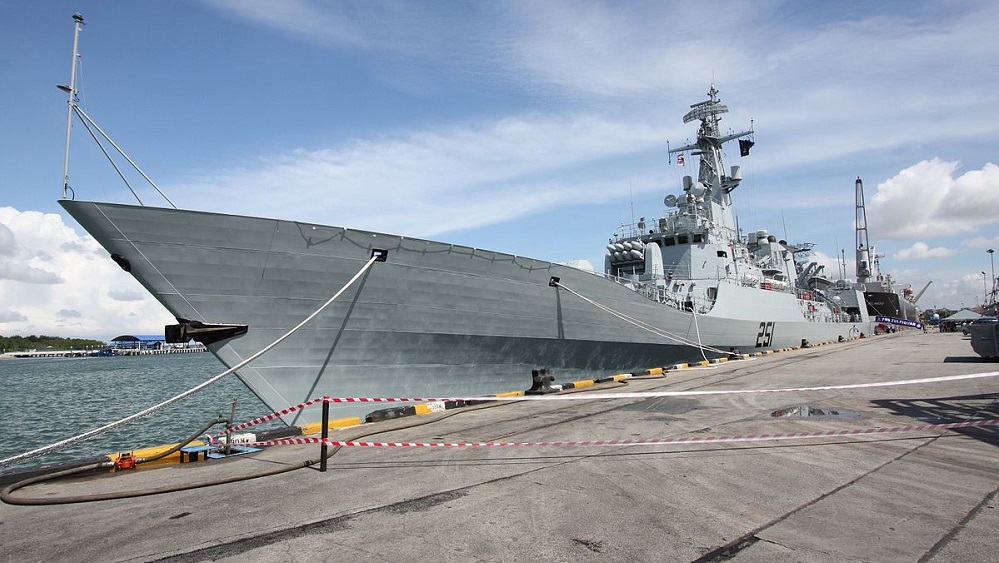 Pakistan Naval spokesperson told that both Navies will conduct joint operations and different maritime exercises in the Chinese sea. The purpose of the visit is to enhance the interoperability and joint maritime operation capabilities of both navies.

In light of China Pakistan Economic Corridor (CPEC), the importance of naval cooperation is increasing with every passing day.

Captain Shahzad Iqbal, Commander of the 18th Destroyer Squadron of Pakistan Navy, was leading the Pakistani delegation. Speaking on the occasion, Captain Iqbal highlighted the significance of the visit and brotherly relations between Pakistan and China.

“We traveled more than 9,000 Nautical Miles from Pakistan to Shanghai. This distance will reduce manifold on completion of the China-Pakistan Economic Corridor.” Captain Iqbal said.

He also highlighted the cooperation between the two Navies, and informed the gathering that PNS Saif was built in 2010 in Shanghai. After delivery to Pakistan Navy this was PNS Saif’s first visit to Shanghai.

Talking about the joint exercise, Caption Iqbal said that the ship will participate in a bilateral naval exercise which, he hoped, would be advanced and meaningful.

On its journey to Shanghai from Pakistan, PNS Saif docked in Colombo, Sri Lanka and Pattaya, Thailand. After Shanghai, it plans to visit ports in the Philippines and Malaysia.

The coordination meeting between PLA Navy and Pakistan Navy commanders and group leaders was held 14 KM away from Shanghai in Wusong district. Both Navies also conducted anti-terrorist exercises at the harbor.

PNS Saif is an F-22 P Sword class Naval warship. It is equipped with least radars and weapons. The F-22P uses the radar’s cross-section reduction features to help it evade detection by other ships, aircraft and anti-ship missiles.