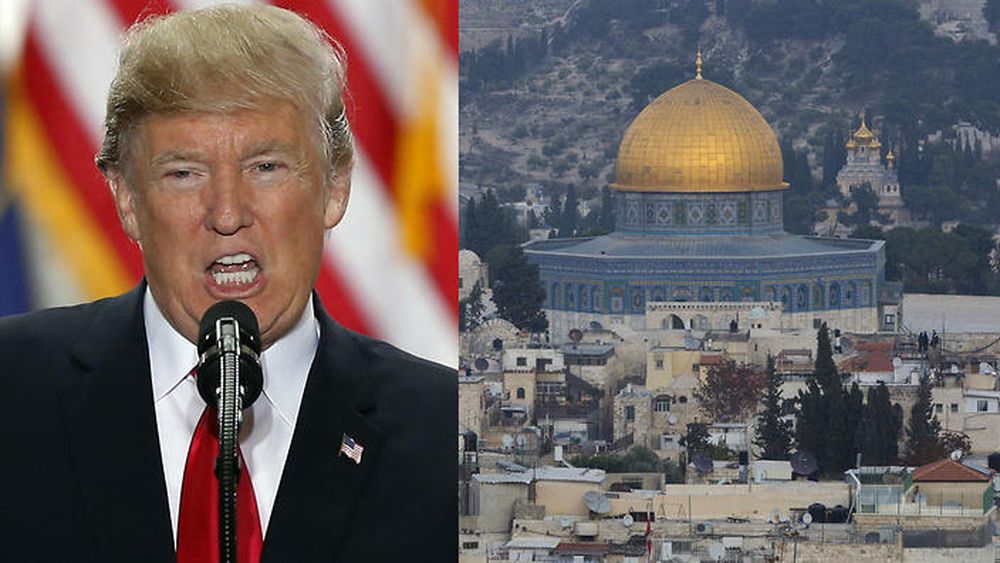 Donald Trump is another name for controversy, especially when it comes to matters regarding Muslim communities around the world. The United States President’s announcement to recognise Jerusalem as the capital of Israel has shocked the Muslim community around the globe as the decision is likely to worsen the Palestinian-Israeli conflict.

The Republican has faced some serious backlash from the world leaders, however, he is defying all the opposition, with an ‘aim’ to resolve the never-ending conflict between Israel and Palestine.

Protests have erupted across the Middle East, Africa and other Muslim countries. Several western countries, including Russia and France, have also voiced their concerns at the move.

The move has sparked anger among people from all walks of life and the social media are teeming with hateful reactions from the people.

#Jerusalem Israel is an occupation state and it has no right to have a capital.

You are madman and dangerous for the world peace leave the White House !!! #israel #Palestine #jerusalem #infada

It will only make things worse.

#Jerusalem a symbolic gesture that makes nothing better but will only lead to further bloodshed.😢 @realDonaldTrump 👏

It hasn’t been a smooth tenure for the Trump administration.

The protests have started worldwide.

@realDonaldTrump People will die due to your ignorance and ego. #Jerusalem This will not advance the peace process rather it will change the course to further violence and bloodshed. Hope you and your supporters will be proud!

The biggest danger for world peace.