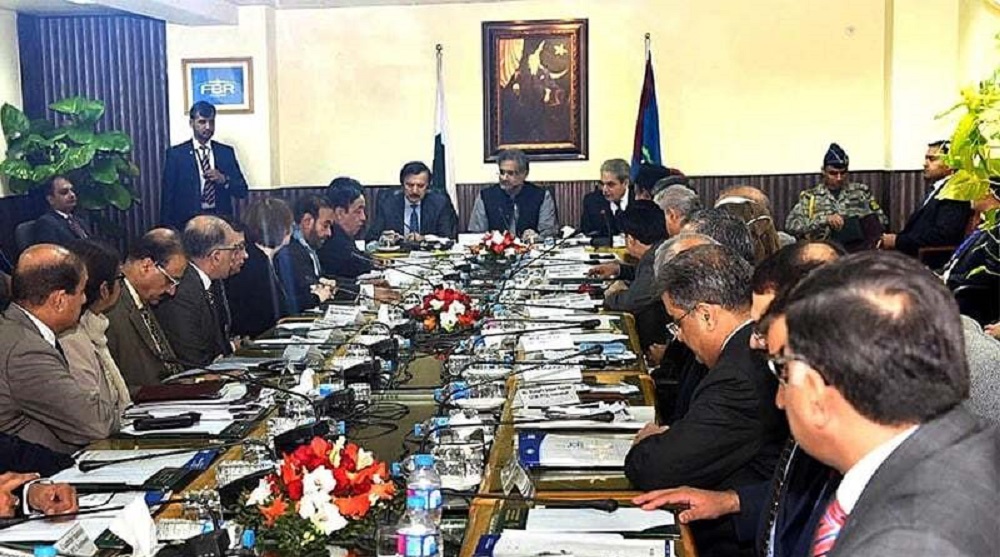 Shahid Khaqan Abbasi has become the first Prime Minister to visit the Federal Board of Revenue (FBR) and converse with tax officials directly upon an invitation by the FBR board.

Upon addressing the FBR committee on Wednesday, he directed the tax officials to register fresh taxpayers on the basis of the computerized CNIC and ordered the FBR to make the tax returns plainer. Top 50 taxmen at the FBR were addressed at the FBR headquarters in Islamabad.

The taxpayers all came together to brainstorm on what effective strategy to use and design effective measures to achieve the revenue collection target for the current fiscal year.

PM Abbasi wasn’t satisfied with the current tax compliance and he said:

The addition of 5,000 or 10,000 people is not a performance. There are over 8.5 million people who can be brought under the tax net easily.

At present, only 1.2 million people filed their tax return.

The FBR was also ordered to track individuals involved in different transactions like banking, utility services, buying and selling activities by using CNICs. With the cooperation of NADRA and the help of technology, notices should be issued to these people, said the PM.

It is now easy to track people who are purchasing new cars and houses but are invisible on the tax rolls.

He also ordered the FBR to take on  methodical as well as broad-based reforms when consulting all the stakeholders. Facilitating the entrepreneurs and taxpayers should be the on top of the priority list, he said.

He also directed to decrease the tax rates to encourage people to pay tax.

Recently, a report on tax reforms was submitted to the PM by the Tax Reforms Commision (TRC).

The FBR officials were also directed by the PM to start the process of establishing links with pertinent organizations like Nadra, banks, provincial authorities, and utility service providers.

The PM also commended the revenue collection of previous four months until November. “I expect to see similar growth in the months ahead,” he said.