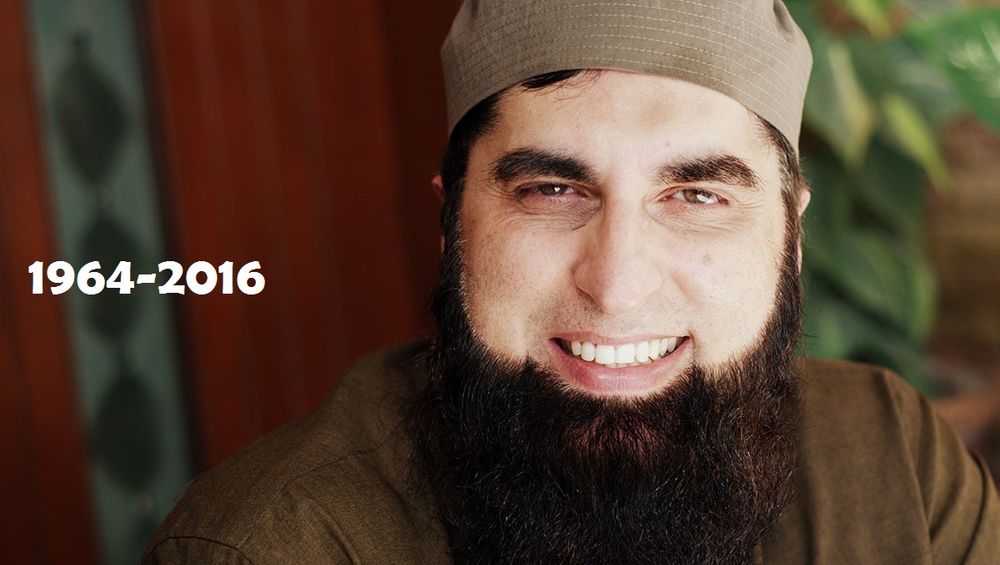 PIA’s flight carrying 47 passengers crashed on December 7 last year. While every death is equally mourning, the news of Junaid Jamshed passing away came like an electric jolt. He went through a complete metamorphosis during his lifetime as he reached new heights of fame as a singer. Junaid Jamshed then left his singing career and commenced his journey on a religious path.

Let’s take a look at the singer-turned-religious-scholar televangelist’s life.

Junaid Jamshed Khan was born in Karachi in 1964. His father was a commissioned officer in Pakistan Airforce PAF), he wanted to follow the same career path and become a fighter pilot. However, due to his weak eyesight he couldn’t manage to get into PAF.

Junaid got his early education from a boarding school in Saudi Arabia. He later graduated from University of Engineering and Technology (UET) as a mechanical engineer and worked with PAF as a private contractor.

Junaid Jamshed first started his singing career as a lead vocalist for illustrious band Vital Signs. It was Vital Signs that laid the foundation for Pakistan’s pop music industry. Vital signs reached a whole new level with the inclusion of Junaid Jamshed.

The band released their first album in 1989 after the mega hit Dil Dil Pakistan received unparalleled success, a feat that arguably no other song has achieved so far.

Junaid Jamshed received prominence and fame nationwide through the same song. The band never looked back as they went on to release four more albums in the coming years. Junaid’s collaboration with Vital Signs ended in 1998 when he decided to pursue a solo career as a pop singer.

Here are our top five picks of Junaid Jamshed’s songs.

Junaid released four albums with Vital Signs and four as a solo singer.

Shift to a Religious Path

Junaid went out of the picture for a while when he left Vital Signs. People thought he had left the singing career for good. He put the speculations to rest when he released solo albums.

However, his last two albums didn’t do well and he struggled financially during that phase of life. Junaid Jamshed even filed for bankruptcy during 2001-02 after his unsuccessful tours. He also sought for jobs in engineering field in attempts to get his finances stabilized.

Cutting to the chase, Junaid announced that he has left the singing and will follow the Islamic religious path. Junaid also started his clothing brand named “J.” partnering with a friend. Junaid didn’t really sing any songs after that, however, he released several naats and hamds during the 2002-16 period.

The Muslim Charity has achieved a great deal under his leadership and expanded its operations to 16 countries.

Aged 52, Junaid Jamshed died while coming back from Chitral to Islamabad in 2016. The PIA flight carrying 47 passengers crashed near Havelian where Junaid and his second wife met their untimely death.

Heaven on Earth Chitral.
With my friends in the Path of Allah . Snowpacked Tirchmir right behind us pic.twitter.com/ZajcWEKlrG

Junaid Jamshed has left the world but he will forever be remembered for his work, both as a singer and as a religious scholar.