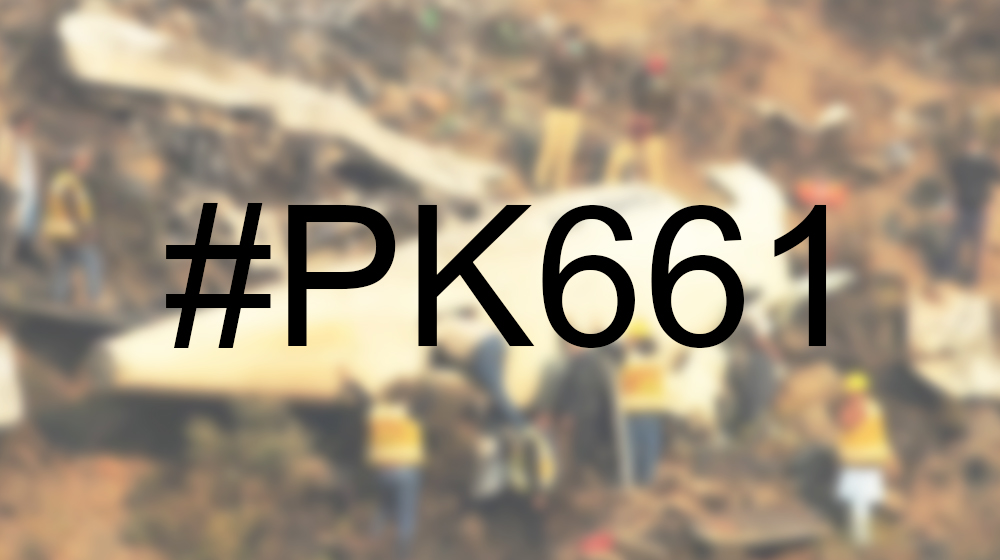 December 07, 2016, the day which proved to be a disastrous one in the families of those aboard the Pakistan International Airline’s flight PK 661 which was headed towards Islamabad from Chitral.

47 people lost their lives in the crash which took place near Hawelian in Abbottabad district. One of the most prominent people onboard the ill-fated domestic flight was the religious scholar Junaid Jamshed, who was also declared dead following the crash.

The initial report said that no passenger survived the deadly crash which was caused by a structural failure. Damage to the left engine caused it to explode at a height of 13,375 feet at around 4:12 pm. The pilot gave a distress call, however, the plane lost communication with the radar and smashed into the hillside near Hawelian one minute after the mayday call.

The final report is yet to be published by the CAA which remains to be a mystery despite the fact that a year has passed since the horrific incident.

Social media has expressed the sorrow on the first death-anniversary of those who lost their lives in the tragic crash.

Remembering the 47 passengers and crew who died a year ago today when #PIA #PK661 crashed.
Singer JunaidJamshed, Deputy Commissioner Chitral and so many families lost.
Such an horrific tragedy.

Junaid Jamshed was loved by everyone alike.

Everyone is waiting for the report to be published.

Its hard to believe what happened last year.

7th Dec a dreadful memory for all the families & friends of passengers of #PK661
For all those who grew up with the soft voice of #JunaidJamshed in their lives he will always be remembered with much love and prayers. RIP

His Naats were sorely missed during Ramadan.

7 december 2016. It's been a year & still the pain of losing the Greatest personality #JunaidJamshed is in our hearts.We'll always miss him. What an amazing person he was!
May Allah Grant him highest place in Jannah..Ameen#Pk661 #Jj pic.twitter.com/8xgwWrT4KK

May Allah grant him and the other victims the highest place in Jannah.

In Memory of #pk661
Its Ist shahadat Anniversary of#pk661 47 people on board died, including  #JunaidJamshed ! 😢 pic.twitter.com/Px8PJ0xw9g

Its hard to imagine what the families of the martyrs went through.

#RestInPeace for #JunaidJamshed and all the victims of PKK-661 crash. We must not forget all the other people who lost their lives along with him. No one can feel the pain their families do #PK661

Let’s recite Fateha for the deceased.

On this day, we have lost many precious lives in a deadly plane crash. Let's recite dua-e-maghfirat for all those who lost their lives, may Allah Almighty grant them highly ranks in Jannah-ul-firdous. Aameen
#PIA #ATR #PK661 pic.twitter.com/CwPE8RZDF3