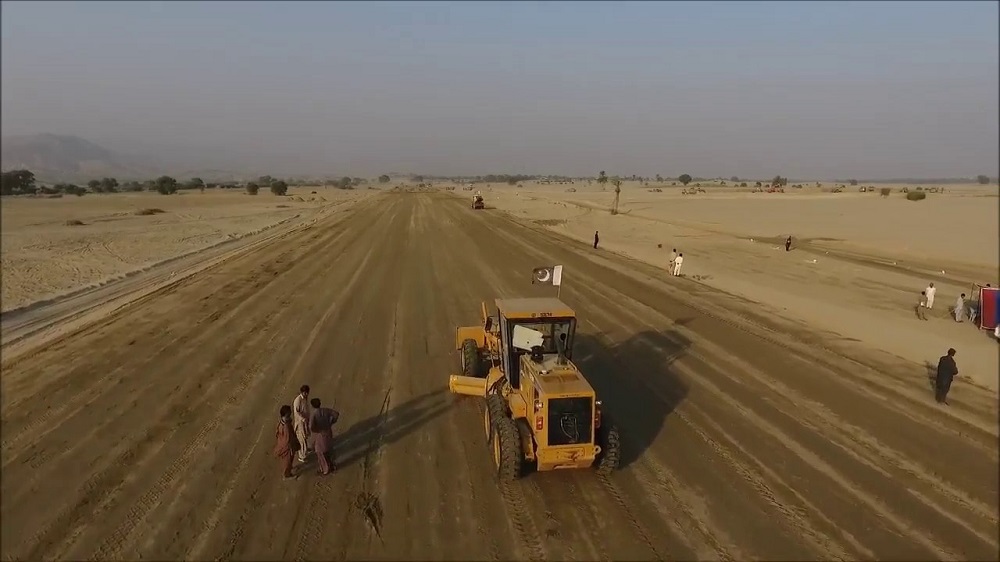 The federal government has released an amount of 10.436 billion rupees under Public Sector Development Programme for the construction of Hakla to Yarik, Dera Ismail Khan Motorway.

According to the latest data released by Planning Commission, thirty eight billion rupees for the project come via China Pakistan Economic Corridor(CPEC) while the total cost of the project is 110.208 billion rupees.

The Hakla-Yarik section of western route of CPEC is scheduled to be completed in October 2018 at a cost of Rs 129 billion.

The 285 kilometer section is being constructed in five different packages and work on all packages is underway.

Package-I (Yarik-Rehmai Khel) has a total length of 55 kilometer with a cost of Rs 13.3 billion.

Similarly under Package-II, 72 km section from Rehmanikhel to Mianwali is to be constructed which is undergoing land procurement and design process.

52 kilometer section of package-III from Mianwali to Tarap has been completed. The Rs 20.6 billion section was started in October 2016 and it is scheduled to be ready by October 2018.

Similarly under package-IV, 50 KM section from Tarap to Pindi Gheb is to be constructed with a cost of Rs 21.4 billion and this section will also be completed in October next year.

The contract agreement for Package-V has been signed and mobilization is underway for this 63 km long section from Pindi Gheb to Hakla.