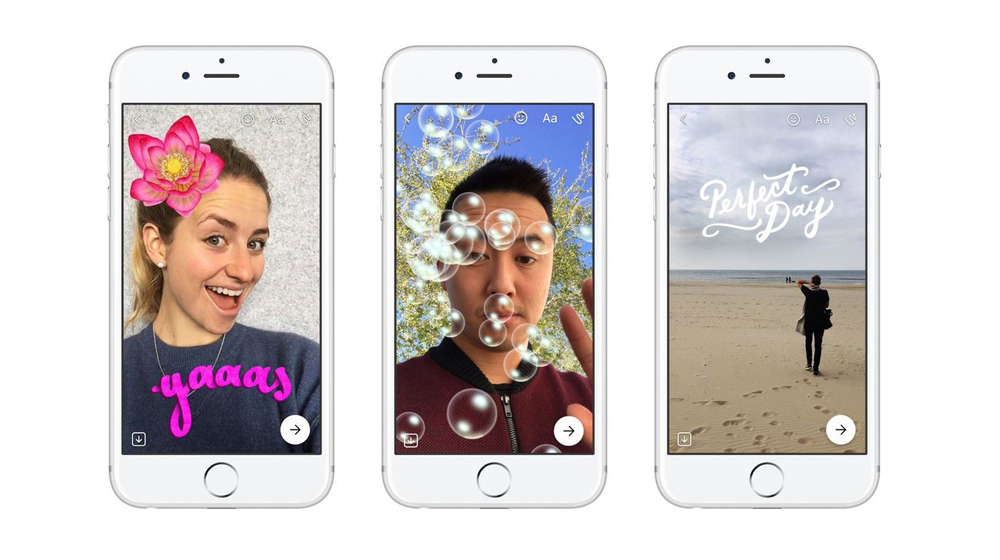 Ever since Snapchat turned down Facebook’s $3 billion acquisition offer, Facebook has been determined to make Snapchat regret their decision by copying the app’s unique features.

Hot off the press, Facebook has announced a new set of augmented reality tools for Messenger termed as “World Effects” which are reminiscent to what Snapchat calls “World Lens,” which they launched back in April.

The new feature allows the users to drop in these 3-D effects into photos and videos within the frame of the camera.

A demonstration was made by the company by placing a ‘heart’ over a dog’s head. Even with the dog constantly moving its head, the heart remained in place.

“We hope you enjoy using these early versions of World Effects in Messenger to bring joy and delight to your communications, especially during this holiday time of year,” a message on Facebook’s website states, which also indicates future updates regarding this feature in the upcoming months.

Besides the heart, Facebook has various other World Effects like a unicorn, a robot, and an arrow, as well as word bubbles including “love,” “miss you,” “bae,” and “heart.”

Just open up the Messenger camera and you can choose the effects that you like and play along.

The main idea of all this is to make Messenger as attractive and playful as possible for the users, and also of course to reel in the Snapchatters.

Facebook is just getting started with the battle. The first AR platform was launched 8 months ago at the F8 developer’s conference where the company showed its future target of identifying every real-life object using a smartphone’s camera and using augmented reality using object recognition and 3D animation, something similar to Google’s existing Lens feature. A coffee cup in the real world, for example, can be recorded with a virtual steam coming out of it.

So in short, the social media giant doesn’t want to just compete with Snapchat but also wants to go against Google and Apple as both of them have also launched their own AR platforms.

The only disadvantage Facebook has here is that it does not have a direct control over the smartphone’s camera, where the social network is primarily accessed, due to the lack of a dedicated smartphone OS.

Apart from this, Facebook also announced that developers would be allowed to create their own AR masks using the AR studio through its Camera effects platform. Not just that, the upcoming feature for users will allow you to create ‘your own World Effects’.