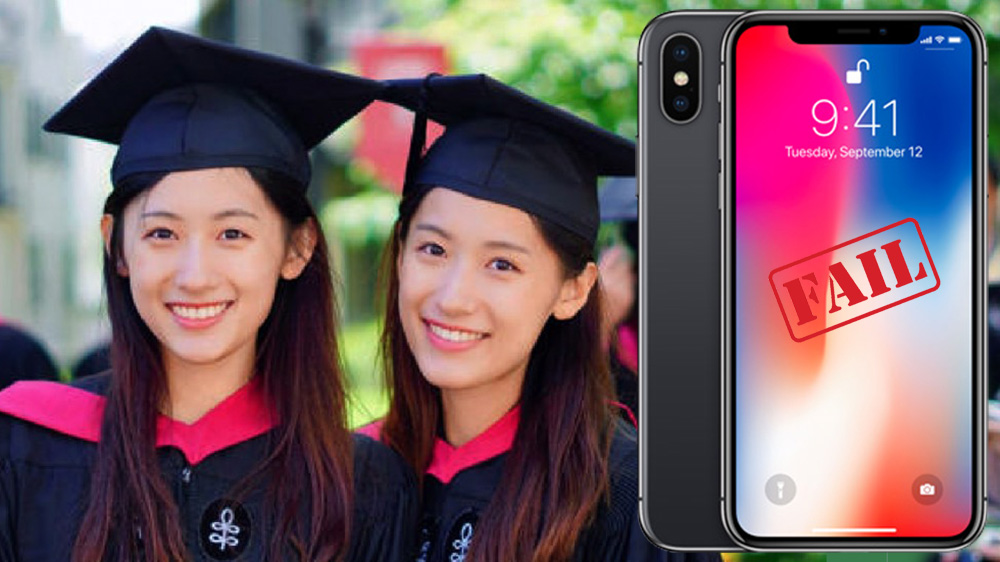 Apple was really proud of its new Face ID feature in the new iPhone X and even claimed that it was as secure as the previous generation fingerprint based Touch ID. However, Apple’s claims have fallen flat on their face as the new security feature has proven to be very easy to bypass. Multiple incidents have been recorded where an iPhone X’s Face ID completely failed at keeping a device secure.

In contrast to Touch ID, Apple’s Face ID uses an advanced suite of sensors to create a detailed depth map of a user’s face to compare it with the stored Face ID profile on user’s smartphone.

A while back, a daunting yet funny incident happened with a Chinese woman who found that her friend could unlock her phone using the Face ID feature. She went on to get a replacement, thinking it must be some hardware fault, however, to her amazement even the second iPhone X couldn’t differentiate between her and the friend.

The Nanjing’s resident Yan told the local media that despite trying on both phones, her Face ID security was still cracked by an office colleague in first attempt.

When the first time it happened, I called the Apple hotline, but the staff didn’t believe me. I, then, went with my colleague to the nearest Apple store, where she used facial recognition on my phone to demonstrate the issue to staff.

The store replaced the smartphone having a ‘faulty’ camera with a new one. But after she brought the second phone back to her office, the same problem occurred again which forced her get a refund for the phone.

No reports about that woman buying a ‘third’ iPhone X have been received as yet.

With the release of iPhone X, Apple had claimed that Face ID automatically adapts to changes in user’s appearance, such as wearing cosmetic makeup or growing facial hair. Moreover, the company asserted that the odds of Face ID registering a false positive and allowing an unauthorized person access to a device is about 1 in 1,000,000 in contrast to the odds of Touch ID registering a false positive which is about 1 in 50,000.

However, as we saw during the phone’s announcement, Face ID failed during the company’s first presentation attempt. It later failed to differentiate between a mother and her son followed by a simple hack that could let anyone bypass the security feature. It seems Apple’s tall claims were nothing but marketing mumbo jumbo.