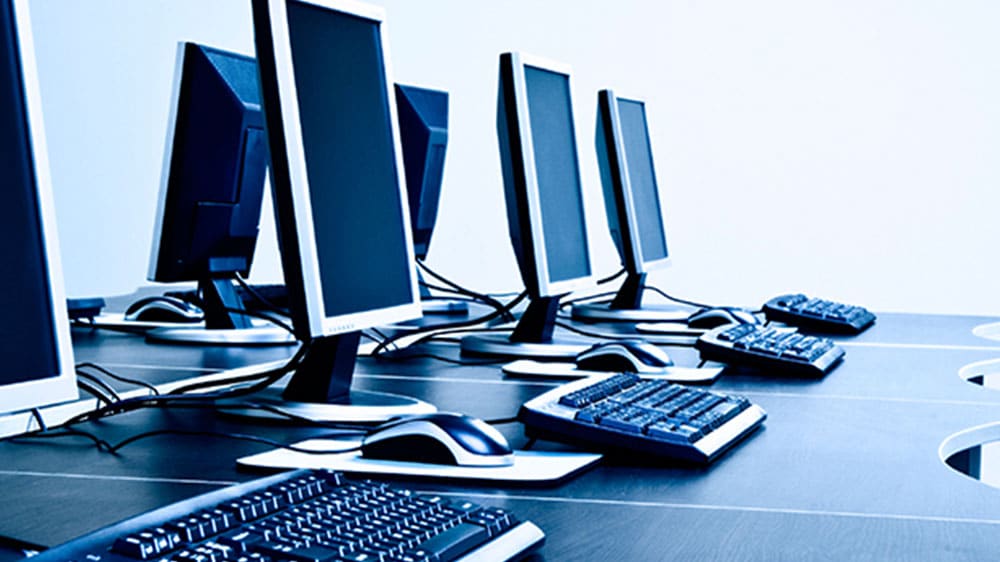 Special Assistant to the Prime Minister on Revenue, Haroon Akhtar Khan has assured the computer industry of removing an anomaly in tax regime by granting sales tax exemption on import of computer parts in the next federal budget. This exemption will be given if local assemblers provide them with the required data.

The assurance has been given by Haroon Akhtar during a meeting with a delegation of Pakistan Computer Association at the FBR House. The association’s chairman and founder Munawar Iqbal led the visiting delegation, while senior members of the FBR were also present.

Haroon Akhtar said that the government is ready to incentivize the local computer industry in view of growing demand and use of computers, laptops and notebooks in the country.

He admitted that it is an anomaly in sales tax regime for computer industry as computers parts are still subjected to sales tax. However, the local assemblers’ data should be submitted for assessment and analysis before taking any decision.

The data should be provided before February i.e. start of the budget preparation exercise for the next fiscal year. He was confident that the tax incentives for local assembling facility for manufacturers would also encourage foreign investment.

He was responding to the facts shared by the industry that the FBR has granted exemption from sales tax to laptops and personal computers to promote genuine imports and render informal and illegal imports as uncompetitive. However, the parts/component assembled inside the computers remained subject to 17 percent sales tax.

This has created a serious distortion in the system and actual benefit of the concession has not been available to the computer vendors. In order to remove the distortion, FBR must abolish 17 percent sales tax on component parts assembled inside the computers.

He said that the computer industry is the future of Pakistan and the government is committed to providing it all possible incentives so that every person in the country can afford to buy a computer at affordable rates.

Haroon Akhtar assured the delegation that the government would welcome any proposals by the computer association to boost the industry, and called for preparation and submission of a set of realistic and workable proposals within the next couple of months so that the same could be deliberated upon before being made part of the federal budget.

“We want to protect and promote the local industry so that the import bill on the purchase of computers can come down and the local industry can also enjoy a competitive edge vis-a-vis multinational companies currently supplying computer machines and spare parts in the market.”

The delegation briefed the Special Assistant to the Prime Minister on the current state of local computer industry and expressed its satisfaction with what it described as an end to the smuggling of computer parts in the country.

They also appreciated the government’s initiatives of slashing half of the withholding tax on e-commerce and the permission for opening of dollar accounts in the country.

The delegation submitted that while the government has always extended its support to the local computer industry, there is a need for more incentives and policy measures so that the local industry and local assembling of computers could flourish and boost its contribution to the national economy.

The industry informed that the local assemblers enjoyed sales tax and duty exemptions and the industry witnessed double-digit growth rates.

Technology providers who resold the locally assembled products are also expanding to IT services to meet the growing demands of the industry. Furthermore, local assembly was able to save valuable foreign exchange; reduce dependency on imported goods and create employment opportunities for enterprising youth and innovators.

The opportunities for local assembly, joint-ventures and subcontracting still exist to manufacture a range of PC products (desktops, laptops, servers, tablets) in Pakistan. By training the workforce, local assemblers can meet requirements for the industry and the relatively large domestic and export market potential of IT in the region.

The multifaceted benefits of local manufacturing will require that MOIT recommends simplification of tax regime & issues procurement guidelines to its own departments to prefer locally assembled and manufactured products. There is a need for the MOIT to encourage firms which can manufacture PC products & components. This can help and promote the government’s historic vision of a resilient Pakistan.

Pakistan is well-positioned to utilize the manufacturing sector to accelerate creation of opportunities such as local & international investment, research & development, creation of employment and availability of affordable products.

The PCA recommended that there is an immediate need to provide local assemblers with relief and exemptions from all tariffs that can make the local assembly viable.

The PCA recommended that due to reduction in the total number of PC assemblers in the country, overall productivity in the IT market is low. Many assemblers have ceased to exist and the adverse business environment has resulted in innovators to become traders.

Less than desirable government support has resulted in high levels of uncertainty in the business climate, diminished expected returns on investment due to high costs, and lack of long-term financing.

Low levels of PC assembly have resulted in suboptimal availability of specialized ways of transportation and logistics. This impacts local manufacturers’ competitiveness compared to their global counterparts thereby diminishing potential of IT exports, industry said.

As per industry estimates, more than 80% of the PC products brought into the country are foreign branded PCs. The worst part is that local assemblers are paying 17% GST on raw material whereas fully assembled foreign branded machines are exempted from GST. While this deprives the government of valuable revenue, it makes the local assembly of PC products unattractive.

Currently a number of government institutions specify “foreign brands only” in their tenders. This discriminatory practice has hurt local assemblers. It is, therefore, expected that the government will provide more weightage to goods assembled in Pakistan.

In order to encourage local assemblers for investment, the government should provide tax exemption for 5 years so that they are better able to manage and plan their investments.

The PCA believes that the countries across the globe have seen transformation impact of their economic indicators due to local manufacturing. A good example is China, Vietnam, Portugal, Argentina etc. Pakistan has the potential to do the same however the said recommendations will serve as guidelines to accelerate the prospects and improving the economy.

The government must set milestones and announce IT Vision 2020 so that IT is leveraged as the greater accelerator of economic growth by setting aggressive goals to increase automation in industry and increasing PCA penetration in households across Pakistan.

The PCA also believes if the government accepts its recommendations and proposals, it would lead to higher incidence of tax revenue collection, promotion of documented IT business and greater market capacity for the new IT products and imports in the country.