A correction was seen during the day as the rollover week began on Tuesday after the long weekend, as a relative calm in the country’s political landscape last week helped improve investor sentiment. 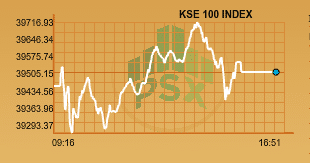 Moreover, the market may also continue to take its cue from fund managers’ year-end window dressing ahead of the New Year.

The market opened in the positive zone while touching an intraday high of +249 points in the opening hours but till the midday all the gain was wiped off and the market went down in the negative zone. Some correction was seen today as it touched the intraday low of -177 points but made a recovery and managed to close in the positive zone.

According to latest data, about 28 – 30 companies are to be added to the eligibility list. The Stocks are likely to start on Futures Counter in February which is a positive change.

Oil stocks also gained up as well as the cement sector that had been under pressure in the recently past has posted a strong run today as investors cheered.

It has been informed by PSX that it is recomposing the KSE-30 Index for the review period from 1st January, 2017 to 30th June, 2017. The Re-Composition has been carried out on the basis of the Pre-requisites / Criteria of selection of companies.

The recomposed index will be implemented w.e.f January 02, 2018.

All shares index had a traded volume of 178.17 million shares today. Overall, stocks of 347 companies were traded on the exchange, of which 181 gained in value, 150 declined and 16 remained unchanged. 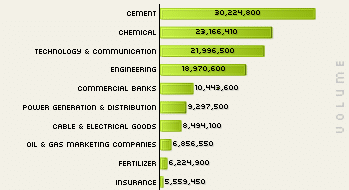