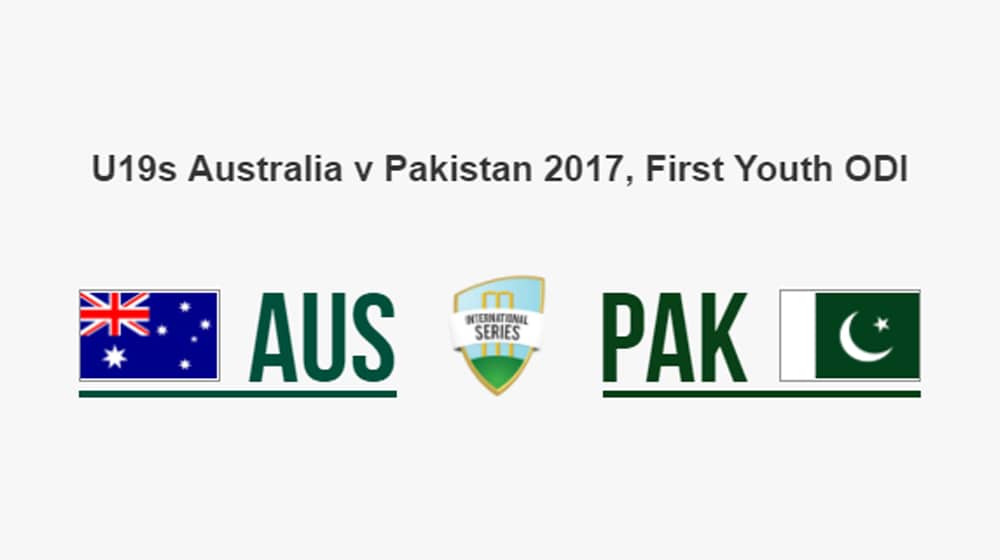 Pakistan U-19 has registered a convincing six-wicket victory against the Australian U-19 team in the first Youth One-Day International.

Aussies were handed the task of batting first but Pakistani pacer Arshad Iqbal managed to break the opening pair and dismissed both for just six runs.

Following the opening pair’s slump, Musa Khan ensured that Aussies’ nighmares at the crease were far from over. He rattled the opposition by taking four crucial wickets for Pakistan.

Rest of the wickets were taken by Ali Zaryab and Suleiman Shafqat.

Australia managed to get to a total of 241 mainly thanks to Mackenzie Harvey’s 136-run knock. His scintillating performance included 16 boundaries (13 x 4 and 3 x 6).

In response, Pakistan registered a solid start to the innings with the help of Muhammad Zaid and Imran Shah — who both scored 35-runs.

Rohail Nazir, who was developing a promising partnership with Ali Zaryab, was run-out by Spoors when he scored 34 runs.

Mohammad Tara faced a jaffa from Hardie which saw him return to the pavilion. After that, in came Saad Khan who remained at the crease with Ali and saw the game until the end.

Australia, out of all options, tried 9 different bowlers to rattle the Pakistani batting line-up but it was of no use.