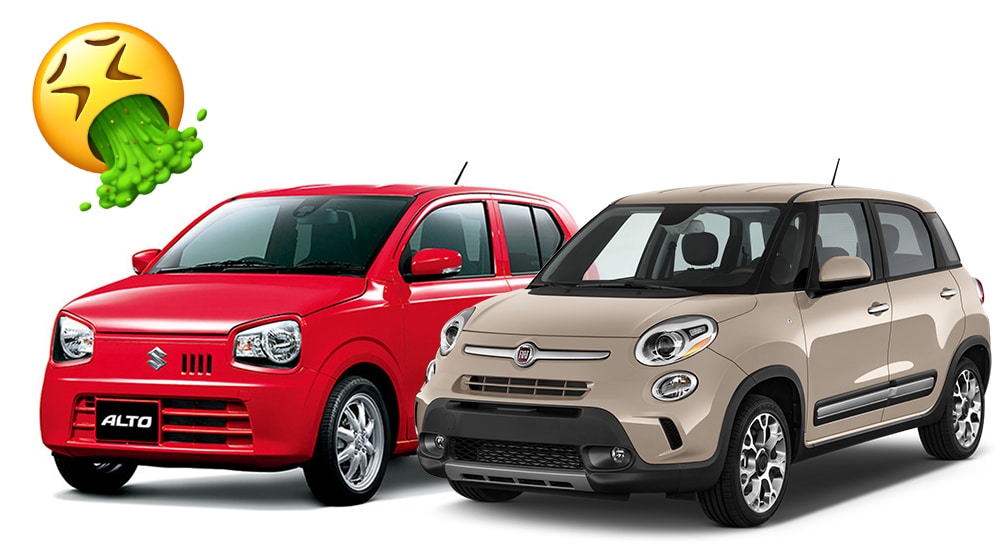 High-end manufacturers, such as Audi win the design game almost every year with their futuristic and beautiful vehicles and other brands such as Toyota, KIA, and Honda are upping their design departments to satisfy the design enthusiasts all across the globe.

On the other side of the coin, there are tons of poorly designed vehicles that exist today with tasteless and – simply put – awful designs. Its confusing though, what made these money-made automakers produce such unattractiveness and unleash it on the roads to exhibit its picturesqueness?

Some may argue that quite a few of the vehicles we’re about to mention needed that design change to implement the driving perks the developers meant to build in, but still, did they really have no choice but to do that?

So folks, lets take a look at our picks for the ugliest rides of 2017.

After the reign of imported kei-cars in Pakistan, this particular Alto has become more common on the Pakistani roads. For the Alto owners out there, yes the interior is great, the car is efficient, the drive is comfortable but you have to admit how bizarre the design is.

The front end is weirdly shaped and did you look at those tail-lights? Ugh.

Innovation at it’s finest, Nissan finally came up with a design to please people with OCD. But seriously, who prefers a cubicle car with all right-angles and no curves.

There is no practical advantage in having such a car either if you’re concerned about aerodynamics. The oddly “connected” rear window does NOT boost your acceleration. 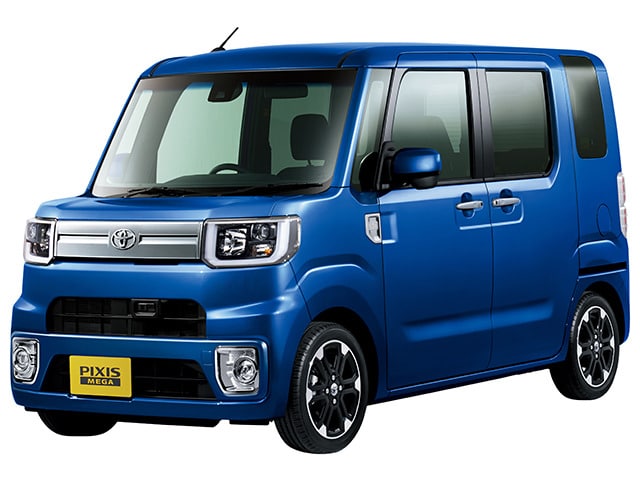 In addition to looking like one, the Pixis is indeed a judgemental car and it constantly stares at you with those drowsy headlights.

Toyota made it look like this to make potential robbers feel uneasy while coming near it. It is indeed a family-friendly, comfy, efficient, spacious vehicle which is also pretty popular with the kids.

Another boxy addition is the Suzuki Hustler. The design does deceive motorists into thinking that a massively high-end SUV is approaching them from a distance, but do expect a chuckle or two when you get closer to them while driving this casket.

The headlights are shaped this way to improve the Hustler’s aggressiveness to scare off nearby vehicles.

This egg crate is actually available for purchase and people do utilize it in their daily commute.

As the world is switching to fuel and space efficient cars, manufacturers like Mitsubishi are designing such cars to meet the consumer needs – but as they say – just because you can, doesn’t mean you should!

You were waiting for this one weren’t you? This bundle of ugly is a good example of a high-end multinational manufacturer desperately trying to win the “Ugly Award”.

Shows how effective their years of auto-making experience combined with a top-tier design team can be.

BMW i3 is a technological beast with a range of advanced features and futuristic mechanisms. The design, however, is quite unexpected for a car of the future as it closely resembles it’s close relative – a washing machine.

The future holds a new meaning to the phrase “taking your ride for a spin”.

In the year 2017, Fiat managed to launch a light-bulb on the streets labelled 500L. Equipped with it’s own repulsive head-bulbs, the 500L undeniably, looks outdated and inefficient.

No matter how fast it actually goes, it looks like an enormous clumsy hippo which needs a break after each 10m sprint.

Why does Toyota think that a futuristic vehicle HAS to be ugly? Along with it’s ugly sister Prius, the Mirai looks like those angry-evil bosses you have to defeat to end a video-game.

The body is huge for a city-efficient car with disturbingly tiny wheels.

The legendary lunchbox – though probably the most efficient car in the world – received a new futuristic update and a design that screams “electricity runs in my veins!” – no Prius, you look electrically stupid. A reviewer hilariously remarked,

In contrast to its predecessor’s agreeable, techy-hatch design, the fourth-generation Prius has an aesthetic that could make children cry. The face combines fang-shaped headlights with awkward concavities and sudden edges. Not to be outdone, the rear is a hodgepodge of head-scratchers. Those taillights alone might qualify a car for this list.

What was your pick for the most ugliest automobile for 2017? Sound off in the comments below!