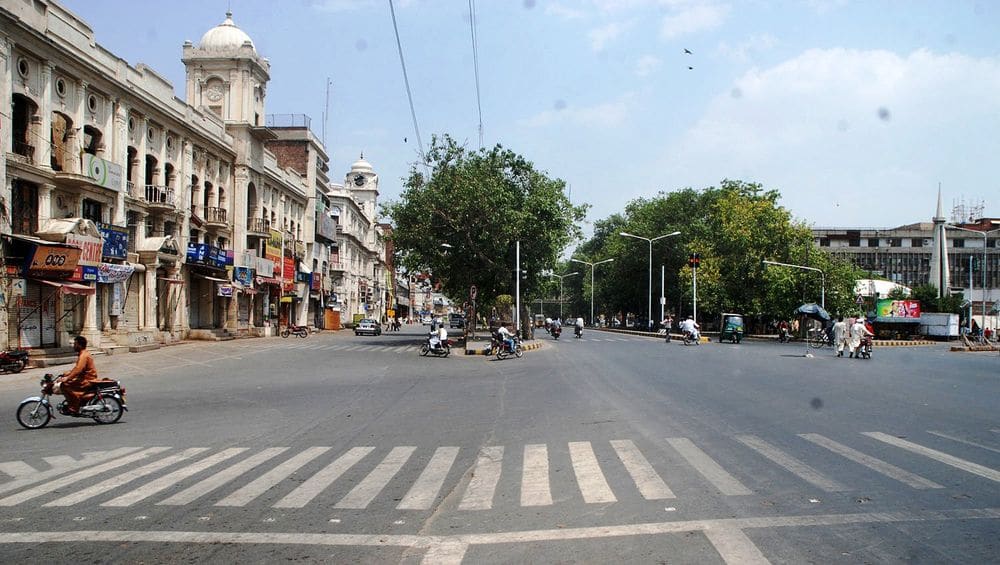 Lahore Orange Line Metro Train (OLMT) project has been resumed after 22 months. It was halted on 28th January, 2016 when the Supreme Court observed that OLMT would disrupt many historic heritage sites during construction. These include Shalimar Gardens Gateway, Buddhu ka Awa, Chauburji, Zebunnisa Tomb and Lakshmi building.

The Package-1 of OLMT is the most critical section. It extends from Dera Gujjran to Charburji. The Supreme Court has finally allowed OLMT construction in this area – but has advised precautions.

The project’s contractor, Shahid Saleem, declares that they are taking precautions covering the priceless buildings from Lahore’s ancient heritage with metal sheets and green shade cloth.

In April 2017, Nespak’s lawyer Shahid Hamid said Punjab government’s Rs 100 million for restoration of these sites was “peanuts”. Heritage fund was therefore added to the budget – an expense of Rs 600 million.

I believe metro train will be ready from Dera Gujjran to Lakshmi Chowk by the end of March 2018. The most difficult and time consuming section of Package-1 is central station for which we will have to close Mall Road for all types of traffic.

Mall road was to be closed Monday (January 1st, 2018) but traffic police requested mapping out alternative routes first. The traffic from Regal Chowk will now be sent to Fane Road. From there it will go to lower mall Road. And traffic from Lower Mall is to be diverted to Napier Road. It will re-enter Mall Road after Lahore High Court Chowk. This is to go on for 3 months.

Traffic diversion is not the only consequence of this resumed project. Utility companies such as Lahore Electric Supply Company (LESCO), Water and Sanitation Agency (WASA), Pakistan Telecommunication Company Limited (PTCL), Sui Northern Gas Pipelines Limited (SNGPL) are in chaos as well. These companies have to relocate underground pipelines and cabling infrastructure immediately to avoid any disruptions.

Saleem has reported that heavy machinery for a three-story underground construction of Central Station for OMLT has already reached the site. Work will begin as soon as the utilities are moved elsewhere – but no time has been estimated for that yet.