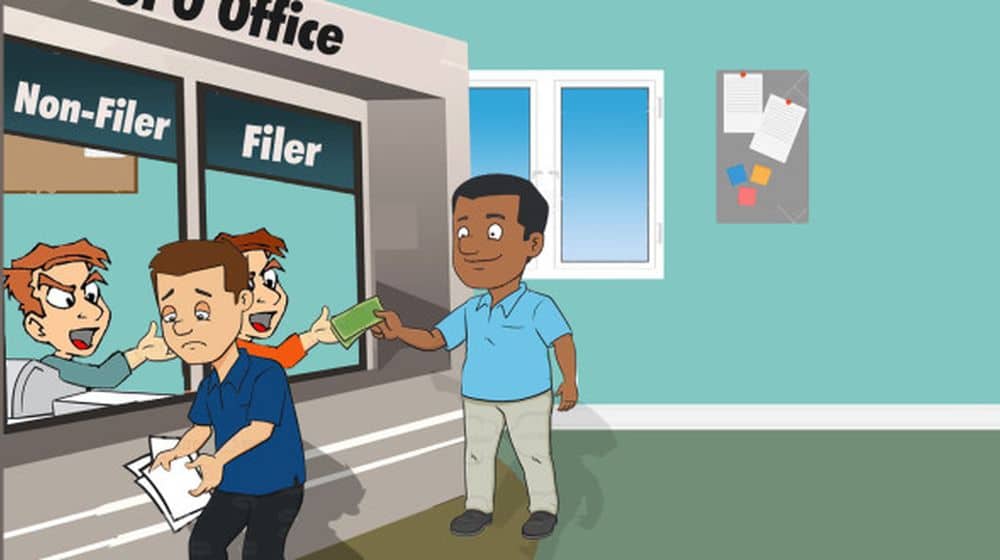 The list of active tax payers has increased by 45% over the year after FBR’s decision to impose extra charges on non-filers.

Federal Board of Revenue’s (FBR) decision to charge different withholding taxes for filers and non-filers seems to be yielding some positive results.

During tax year 2016, 0.953 million people filed tax returns till 31st December 2016 (the deadline for the year). During 2017 this number increased to 1.38 million, which roughly translates to an increase of 45 percent over the year.

FBR decided to charge different withholding tax rates for filers and non-filers three years ago. Since then, the number of filers has been increasing continuously.

The board decided to increase transaction costs for uncooperative and non-filing taxpayers hoping to produce better results.

According to the decision, to avoid extra charges a taxpayer must be on the ATL that is updated yearly.

New ATL for 2017 will be released around March 2018. However till then, the ATL 0f 2016 will be applicable for transactions and other activities.

Furthermore, to set apart filers and non-filers and determine the applicable rates, FBR has already issued Withholding Tax Card for 2018.

The applicable rates are clearly mentioned in detail in the Withholding Tax Card. The information regarding the tax card can be found here.

You can file your tax returns on the FBR website here.