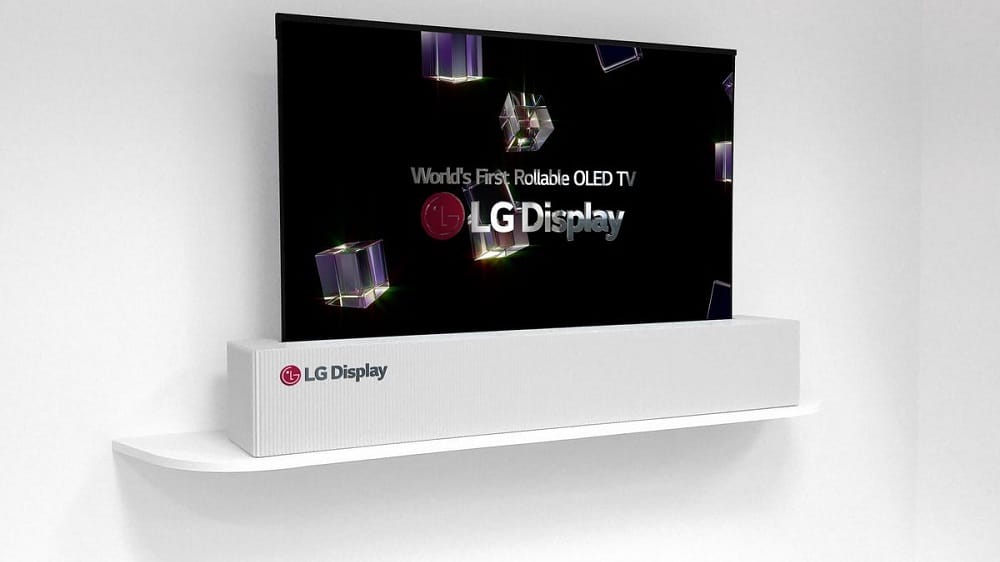 At the CES, LG showed off what is perhaps its most unique OLED TV concept to date. Its new 65-inch OLED TV, after you’ve done using it, will fold up like a poster. What you’ll do with such a feature is up to you but it makes it unique nonetheless.

The rollable aspect of the display should make transportation and storage much easier, which is understandably a problem with large TVs. It also likely makes the TV sturdier and protects against bumps.

The resolution of this panel is set at UHD 4K. The panel itself is embedded on a wide base, rolling right back in after use, thus keeping it clean and safe. And since the panel is an OLED one, we can expect the same remarkable picture quality LG’s other TVs.

The new OLED TV builds upon the concept rollable OLED panel LG showed years ago. Though, not nearly the size of this model at just 18-inches, it laid the foundations for this concept. The company has also produced the Flex series of phones, which feature flexible displays though again on a smaller scale.

As is the case with concepts, we might never get the display for ourselves, however, as the market scampers to bring out the latest and greatest, there is a chance that we might see a retail version. The panel is produced by LG Displays, which is a separate company from LG electronics.

As for the rest of the LG lineup, the main highlight is the company’s massive 88-inch OLED TV, which comes with 8K resolution, being ground-breaking as its own right. It is not nearly as bonkers this 65-inch concept though.