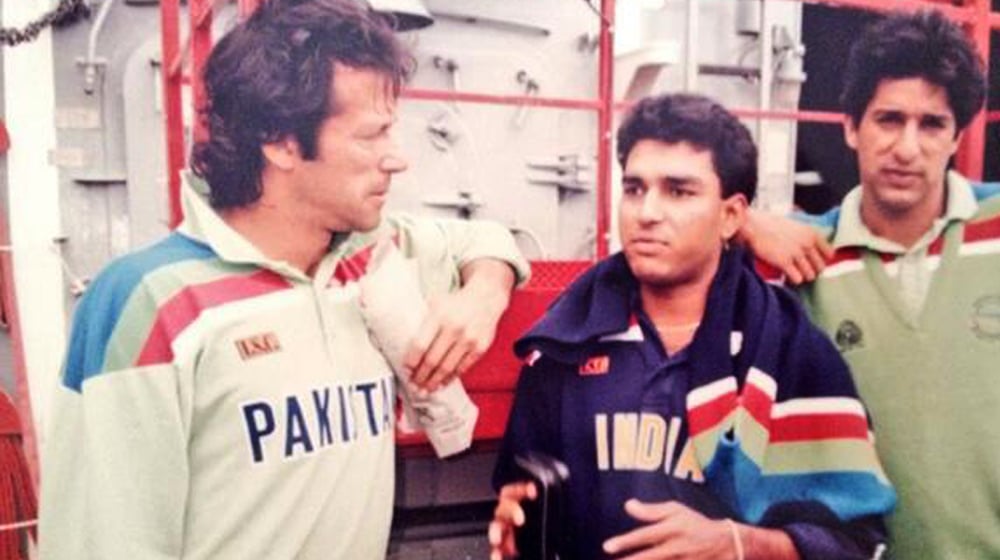 Imran Khan is perhaps the greatest cricketer in Pakistan’s history and Sanjay Majrekar — a prominent name in cricketing world — revealed yet another tale which highlights the brilliance of Khan.

Manjrekar had a solid start to his career and he was a highly anticipated cricketer. In 1989, he played a series against Pakistan where he accumulated 569 runs at an average of 94.83.

Playing at number 3 position, he scored two hundreds, including a double ton which helped India draw the four-match series 0-0.

The Indian television commentator and columnist recently unveiled his autobiography called ‘Imperfect’ in which he recalled an incident from the 1989 series against Pakistan.

Sanjay claims that this was the moment he fell in love with Imran Khan’s leadership skills.

Sanjay said that he considered Imran as his idol and this was precisely one of the reason; his attention to detail. He added, “…at the end of the over, Tendulkar and I got together, and he said, ‘What a guy, what sharp ears’. He knew he had edged it.”

He kept asking his players how come they didn’t hear it. ‘Awaaz to zaroor aayi yaar [there was definitely a sound],’ he kept saying before he reluctantly dragged his feet back to mid-on.

There’s no doubt that Imran is a one of the greatest. But he had to do a lot of work to get there and had to put himself through tremendous grind to achieve greatness. His wisdom, intelligence and genuineness played a huge part in his success.