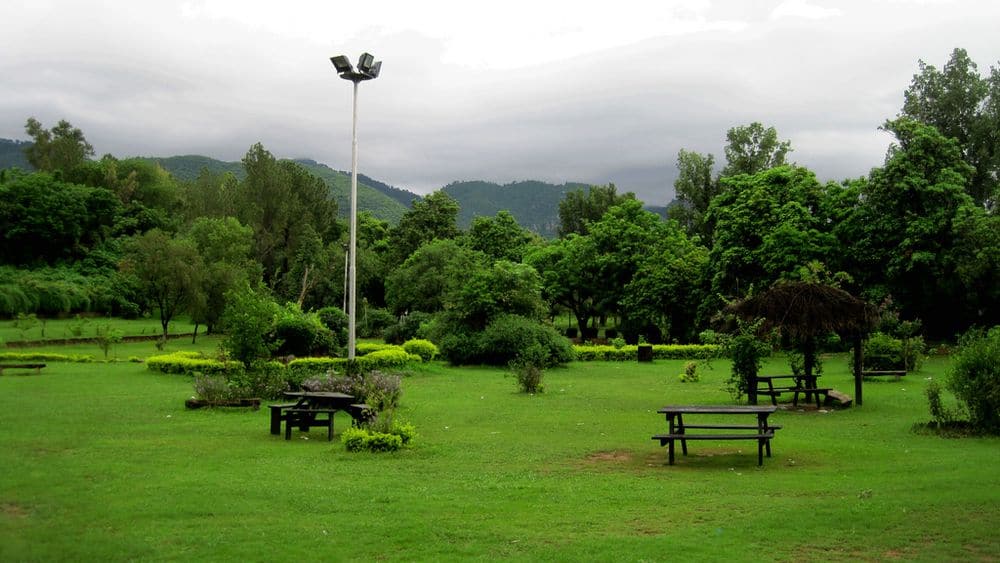 The 725 acre garden will be completed within 2 years and boast lakes, amusement parks and wetlands.

While addressing guests at the ceremony, the minister said that biodiversity is very important for our economic and social development and survival of human beings. There are many benefits attached to biodiversity at national level along international advantages.

The protection of biodiversity must be our first priority in a country like Pakistan, where social and economic development because it can play an important role in elimination of poverty, said the minister.

He further added that according to Global Biodiversity Outlook Report, reduction in our biodiversity is leading nature towards destruction. In order to deal with climatic change and maintain balance in our natural environment, we need a collective effort. He further highlighted that Zoological Survey of Pakistan is playing an active role despite having limited resources.

He also informed the guests that it would be one of a kind botanical garden around 15 kilometers in length. This plan was initiated by Government of Pakistan at a cost of Rs. 100 million, and will be completed in two years. Next year with the cost of Rs. 2 billion, PC-1 for different projects of environmental protection will be prepared as well.

He said that when human beings were sent into this world, they were welcomed with natural resources including lakes, mountains, rivers animals and plants. The developed nations, in their process of industrial revolution, did not realize that we are destroying the environment and causing global warming.

He also told the audience that Prophet Muhammad PBUH talked about climate change 1400 years ago. We are increasing deforestation in Pakistan, even though trees help delay the floods for 72 hours.

We are living under glaciers of one of the highest mountain ranges in the world including Himalayas, Hindu Kush, Karakoram.

The botanical garden will include all kind of animal and plant species. Zoos, amusement parks, lakes, wetlands will be constructed in the botanical garden. “I have written letter to our Foreign Office to take up the matter of smog with India” said Mushahidullah.