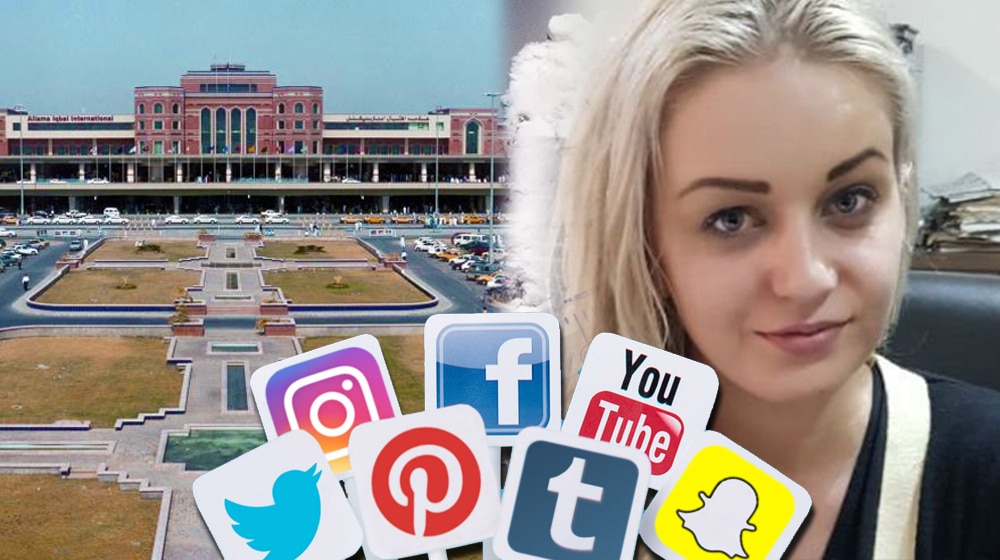 The arrest of a Czech model named Tereza Hluskova, following her attempt to smuggle heroin from Lahore to Abu Dhabi – while on a three-month family visit visa to Pakistan – has made the headlines in the past few days.

The 21-year-old professional model from the Czech Republic was arrested at Allama Iqbal International Airport on Wednesday. Reportedly, a tussle broke out among the authorities over her custody and investigation (though we’re not exactly sure why).

The matter caught the attention of the social media following the law enforcement agencies’ photographs with Tereza.

Pakistani users at Twitter and Facebook are having a field day regarding the matter. Let’s hear what people are saying over the social media.

Who exactly is under arrest here? pic.twitter.com/wWki5z4yyN

Everyone wants to be a hero in this case.

Customs and FIA officials seem to be posing with the 21 year old Czech national recently arrested at Lahore airport – for carrying 9 kilos of heroin pic.twitter.com/CYaJQUUAMT

The ‘war’ for custody has made people angry.

Czech model k peechey kesey pagal huey parey hain and she was smuggling heroine. I mean, desperation runs in our country or what?

Accountability at its best.

Protocol for a drug mule.

Put her in jail already.

9 kg cocain recovered from Czech Republic 21 years old model and 3 Pakistani department r fighting each other for investigation from her and making selfies rather to put her in jail. @Engr_Naveed111 pic.twitter.com/p0OB0JvUCa

It is actually funny.

What’s there to fight for?

custom officials poses with Czech model Teresa who was nabbed at Lahore airport while trying to smuggle 9 kg heroine. It’s been reported that officials are fighting each other for the right to investigate her @KhyberNews pic.twitter.com/xx7fkZG4eZ

It seems like this news isn’t going to die anytime soon.

Visiting Pakistan for a fashion show?

Have your say in the matter. Sound off your views in the comments section.