After a profit taking session last week, the stock market saw a dull trading session on Monday as the market remained under pressure over the upcoming Pakistan Awami Tehreek (PAT) a protest rally over the Model Town massacre.

The market saw an intraday low of 490 points as market remained under pressure over the political pressure that is building up this week. Border tensions also played a role as four Pakistani soldiers were martyred after Indian military fired across Kashmir

Protests by PAT and PTI would be closely watched before investors start to shift their focus on result season and monetary policy announcement expected by the month’s end. Some analysts reckoned that sustained foreign buying may also gain investors’ interest.

Pakistan International Airlines (PIA), according to the minister Daniyal Aziz, will be privatized before this year’s general elections which created an interest among the investors as the script hit its upper cap limit of the day to close at Rs. 5.35.

According to the notification sent to the PSX, Cherat Packaging Limited revealed its flexible packaging project will come online by mid-half of 2018.

In light of PSX regulations, Cherat Packaging Limited (CPL) submitted its quarterly progress report on implementation of project finance through issuance of right shares. In August, the company had issued 13.50 percent right shares for the funding of this project.

Volumes are a bit lower than the last session as all shares index had a traded volume of just 130 million shares today. Overall, stocks of 344 companies were traded on the exchange, of which 101 gained in value, 231 declined and 12 remained unchanged.  In KSE 100, the volumes dull and lower as 55.74 million shares were traded with a net worth of just Rs. 4.60 billion. 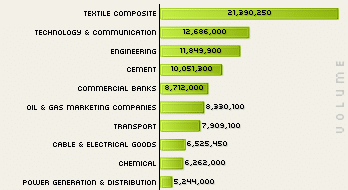 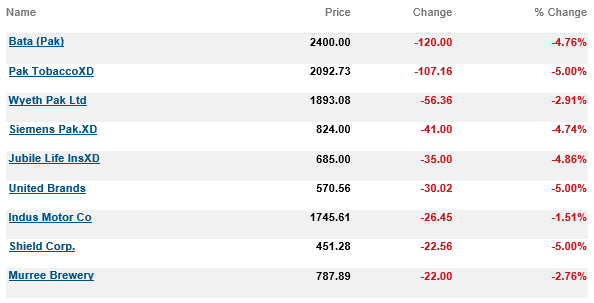