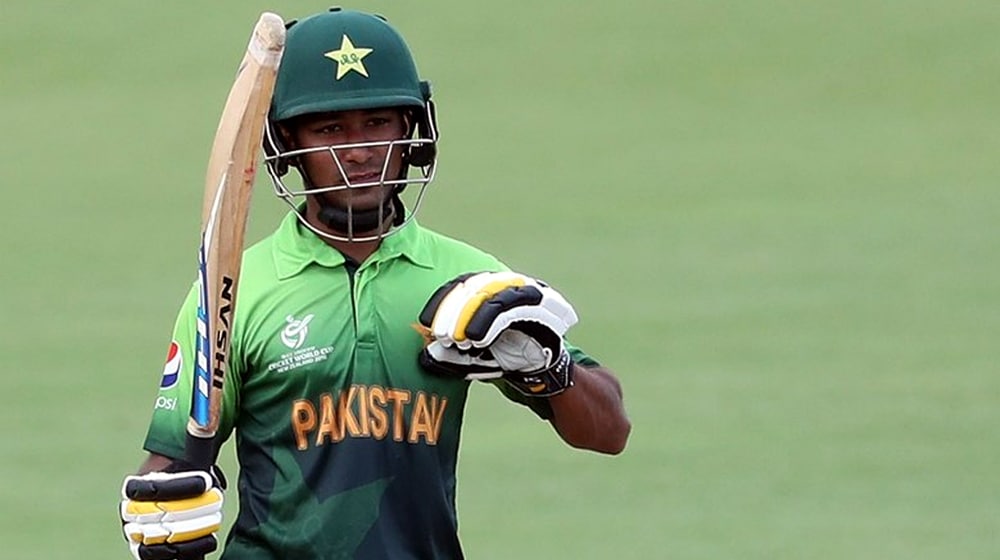 Pakistan U-19 cricket team’s brilliant run in the biggest tournament of junior cricket continues. The team, led by Hasan Khan, has beaten and in-form South Africa U-19 to qualify for the semi-final.

A brilliant bowling performance and a cautious half-century from the left-hander Ali Zaryab Asif ensured that Pakistan booked their place in the semi-final for the 8th time out of 12.

Going with their strength, Pakistan opted to bowl first in an attempt to restrict the opposition to a below-par total. The bouncy conditions were well-suited to the pace attack of Pakistan.

South Africa was stuttering at 4-43, but a calm partnership of 59 between J du Plessis and the top scorer W Makwetu (60) stabilised the innings somewhat, but Pakistan bowlers kept striking at regular intervals to curb the flow of runs.

A couple of run-outs at the end, one of them a brilliant direct throw from the boundary by Shaheen Afridi, made sure South Africa couldn’t put a challenging total on the board, managing only 189/9 in their 50 overs.

Muhammad Musa was the pick of the bowler with 3 wickets for 29 while Shaheen took 2 for 30. All the bowlers were very economical except the part-timer Zaid Alam who gave away 7 runs in his one over. 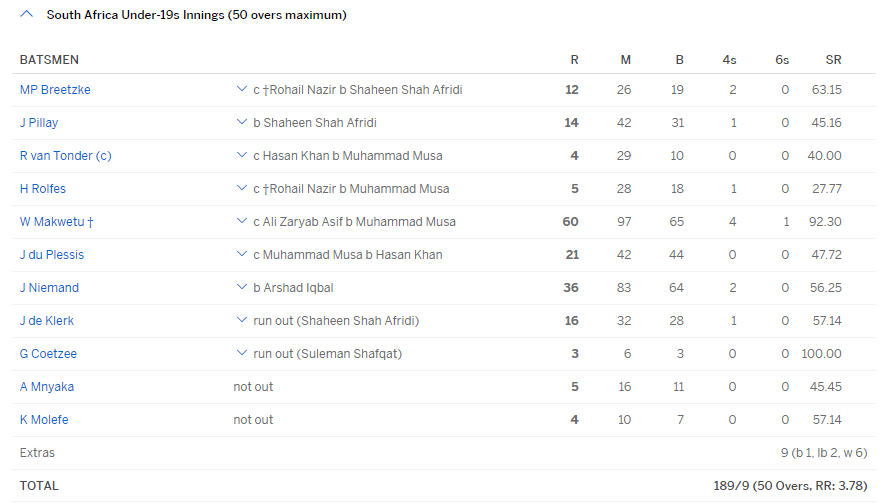 Pakistan’s top order batsmen got in and then got out. Wickets at regular intervals kept South Africa in the hunt throughout the innings.

The crucial partnership between Saad Khan and Ali Zaryab Asif played a vital role in taking Pakistan over the line. 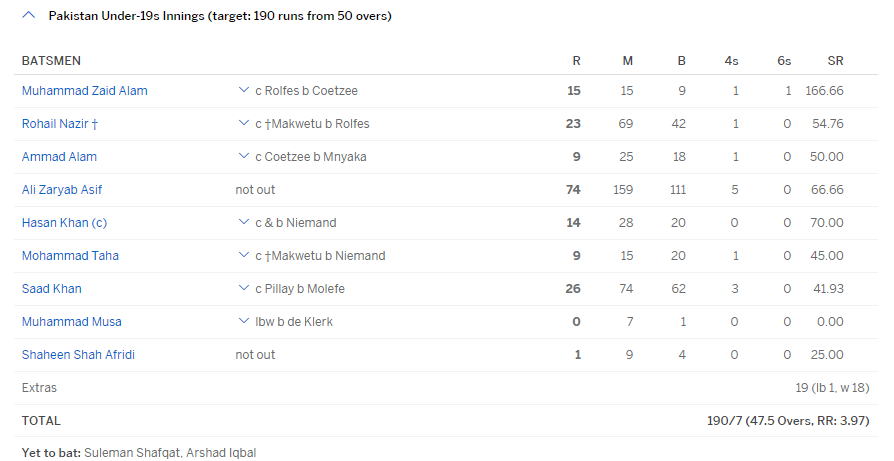 Ali Zaryab Asif was awarded the Player of the Match for his outstanding performance with the bat. He was also the best player for Pakistan in the previous game against Sri Lanka.