Apple fails to meet the analyst’s expectations with its Q4 2017 sales. The company did manage to make up for it with higher average selling price for the iPhones, thanks to iPhone X.

Apple’s sales figures have improved a lot in the past quarter, as the tech giant collected a revenue total of around $88.3 billion.

The overall figures were impressive, as the target was to accumulate a total revenue of $84-87 billion. Speaking of the units sold in the fourth quarter of 2017, the holiday festivities allowed Apple to sell around 77.3 million iPhones, which is around 0.9 million units less than Q1 2017’s 78.2 million sold units. Analysts had predicted sales of 80 million.

Apple, despite selling lesser phones than Q4 2016, has made a lot more money this time around, which is obviously credited to iPhone X’s hefty price tag. 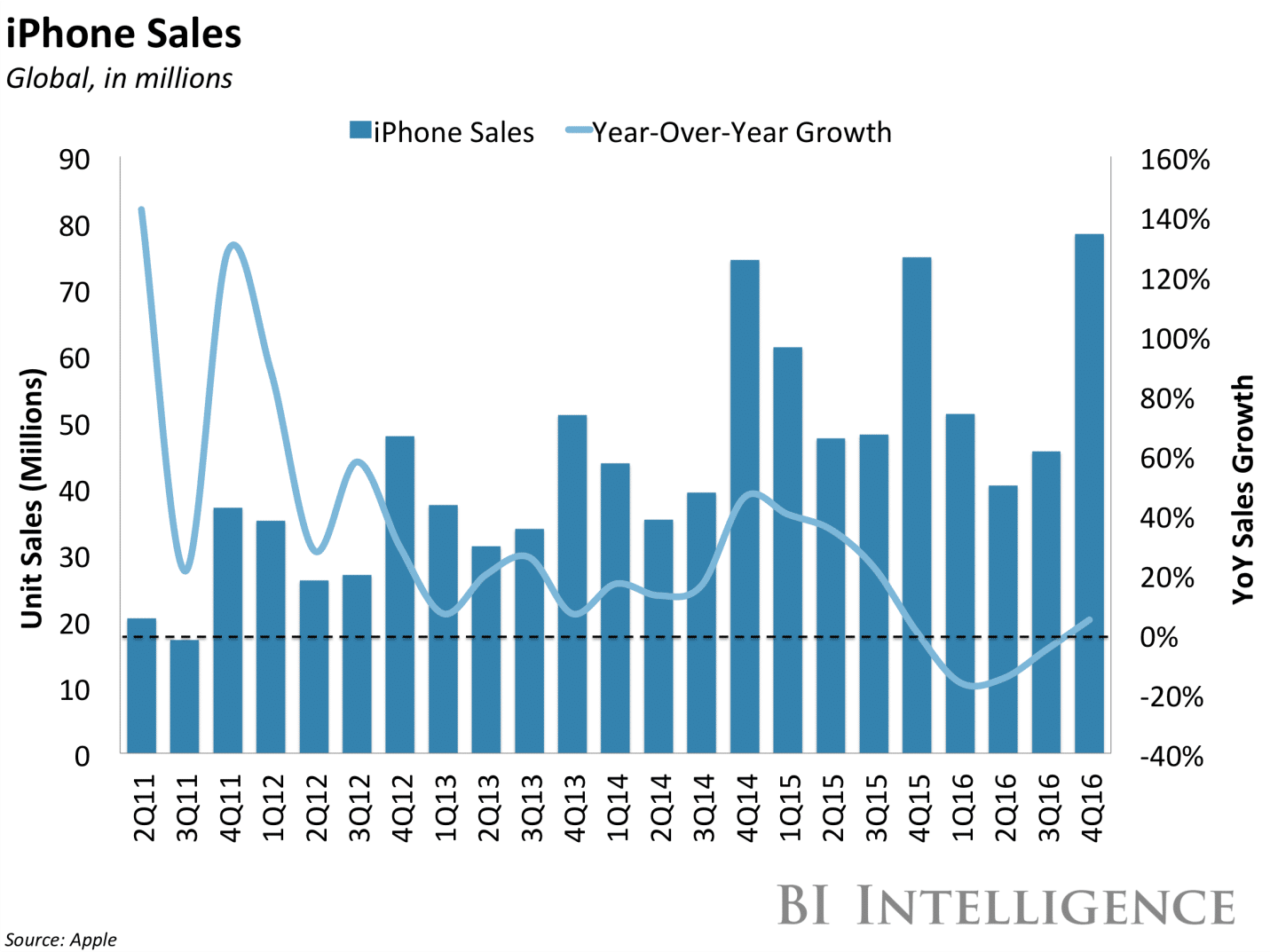 With the average prices being increased among all modern-day smartphones, the 10th anniversary model’s average selling price has made a jump from last year’s $695 to an increased figure of $796. This brings Apple to a higher ranking, with a 13 percent increase in its total sales (Best figures till now).

Is Apple Slowing Down Your iPads and MacBooks?

Apple considers China and India as its fast-growing target markets, so the company had a good time selling the older iPhone models throughout the holiday season. In a broader perspective, the international sales accounted for 65 percent of total sales, as Apple CEO Tim Cook narrates,

iPhone X surpassed our expectations and has been our top-selling iPhone every week since it shipped in November. We’ve also achieved a significant milestone with our active installed base of devices reaching 1.3 billion in January. That’s an increase of 30 percent in just two years, which is a testament to the popularity of our products and the loyalty and satisfaction of our customers.

Aside from iPhone sales, Apple’s different services are its major earning points including iCloud, Apple Music, iTunes, and the App Store with a clear representation in their 18 percent yearly increase. However, the iPad sales are still slow with a yearly increase of just one percent.

Apple has projected a revenue target of $60 billion for the next quarter, compared to $51.5 billion this time last year. The HomePod smart speakers will be an important factor, for next quarter’s earnings