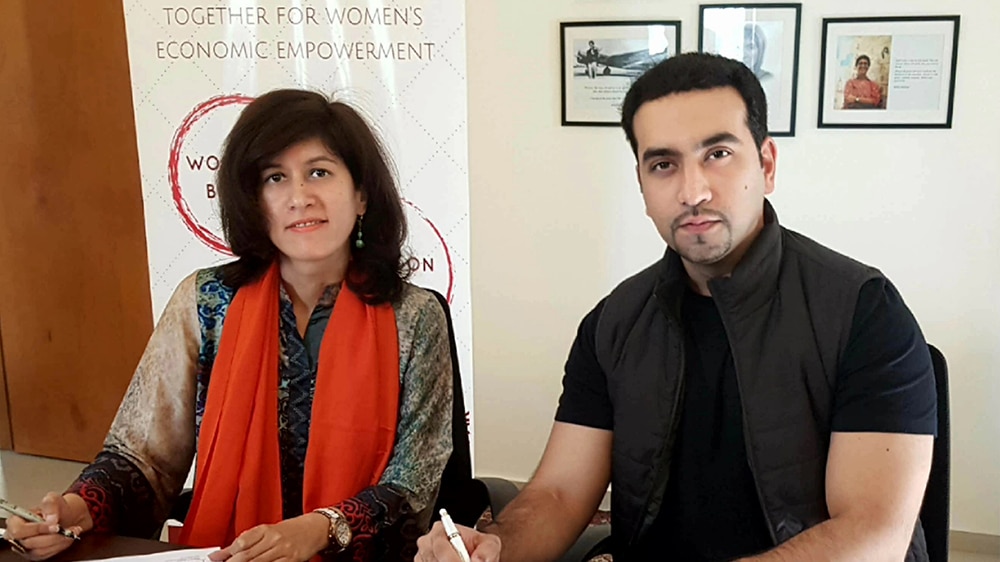 Idea Croron Ka has completed two successful seasons helping startups raise a total of Rs. 21 crores. They featured a total of 48 startups and 15 local and international investors to date.

For its next iteration, Idea Croron Ka has announced its collaboration with Circle to highlight women investors as well as female-led startups.

Finding the Next Generation of Women Investors and Entrepreneurs

Idea Croron Ka and Circle will train women to become investors and understand the entrepreneurial ecosystem. They will also offer them a platform to meet startups and invest in them.

Circle will also recommend women superheroes and female entrepreneurs to pitch their business ideas on the show.

Nabeel A. Qadeer (from ICK) visited Karachi to sign a MoU with Circle. He shared that the show has featured female investors, several women superheroes and female startup founders to date. Despite that, the ratio of women-led startups showing up at auditions is quite low.

He also added that despite trying hard, they have struggled in finding female investors who have are willing to invest in the startup ecosystem.

Nabeel was upbeat about the collaboration with Circle and said:

“I believe that it is women who build strong nations.:

“With their laser sharp focus and strong ability to multitask, they can be more effective than men in almost every field. We are positive that Circle will help us get access to more women investors and startup founders respectively. I am excited about the investor training program we are putting together for more women to take the role of investors in Season 3 and beyond.”

Become a Part of Idea Croron Ka’s Next Season

Sadaffe Abid, the co-founder of Circle shared her views on this collaboration as well:

“Globally women are starting businesses at a faster rate than men. I am thrilled to partner with Idea Croron Ka to spotlight women entrepreneurs of Pakistan. When women grow, families prosper and nations progress.”

This latest collaboration between the two just might help in showcasing more women in the investors’ panel, female-led startups and superheroes in Idea Croron Ka Season 3 and onwards.