A gang found in the illegal extraction and selling of young girls’ bone marrow has been busted by the police in Mohalla Bahawalpura, Hafizabad.

A four-member group, allegedly involved in the illegal extracting and selling of Bone Marrow, has been brought to the attention of Police in Hafizabad district of Punjab.

The gang was found involved in illegally extracting and selling bone marrow from girls and young women, by enticing their parents to pay for their dowry. The police was successful in busting two of the gang members from Mohalla Bahawalpura, Hafizabad.

The father of a 17-year-old girl lodged a complaint with the police stating that he was offered a free dowry for his daughter, for which the girl had to be taken for a compulsory medical check-up. The parents of the girl agreed for the check-up, as the accused told him that they need a blood sample of the girl.

After the so-called medical check-up was over and the girl was sent back home, she started feeling feeble and was taken to the doctor subsequently, where the parents were told about girl’s bone marrow extraction.

Police raided the area as reported by the father, where a man and a woman involved in the case were nabbed on spot. The investigation is under-way and the accused have been shifted to an unknown location for interrogation.

What is Bone Marrow? 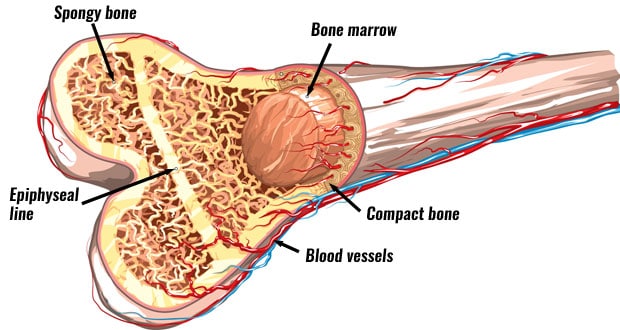 Bone marrow is a semi-solid structure within bone tissues, and is in great demand because it can treat several life threatening conditions. It is the only way out for those suffering from cancerous diseases including leukemia, lymphoma, sickle cell anemia etc.