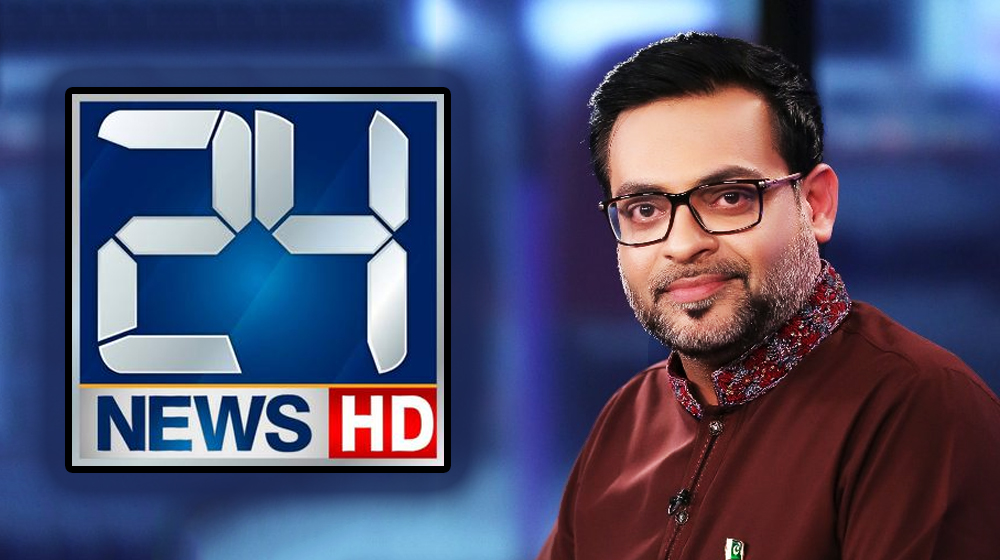 The well-known anchorperson, Aamir Liaquat Hussain is once again back on TV following his ban due to hate speech.

Ex-Minister of State for Religious Affairs is back on 24 News, starting his new show named ‘Mere Aziz Hum Watno’.

While it’s not known how he managed to get his ban annulled, he is definitely back on TV with a new controversial show.

He told his fans on Twitter that he’ll be going on-air on Monday at 8PM at 24 News. He did indeed go on-air and apparently there’s been no new controversy.

Starting a new journey from today, @24NewsHD is my new home, Watch from tonight 8:03 #MereAzizHumWatno a voice of the nation.. #PakistanZindabad pic.twitter.com/uJ31cK9Eyp

Shortly after the religious scholar signed up for 24 News as President Network, he was banned from TV by Pakistan Electronic Media Regulatory Authority (PEMRA) following the orders of Islamabad High Court.

With a history of controversies and comebacks, one after another, Aamir Liaquat’s habit of staying in the news certainly makes him the favorite celebrity on social media.

He is the star of ratings and his shows, whether its the Ramzan transmission or talk shows, boost a channel’s viewership.

The show airs on 24 News from Monday to Thursday at 08:00 pm. His first show aired on 24 News on Monday where we saw his peculiar style of speech and in-depth analysis of the ongoing political situation.

Despite staying away from the TV, Aamir Liaquat was active in his own ways, launching his own News website ALH News.

There’s nothing that can stop him from talking about every major happening in the political arena of Pakistan. If it’s not TV, it’s a news website, if even that doesn’t work, he takes to the social media where his fan following speaks volumes about his fame.

Let’s hope he sticks around with 24 News a little longer than the other TV channels, but considering his reputation of saying sudden goodbyes to several media houses, that’s probably wishful thinking.