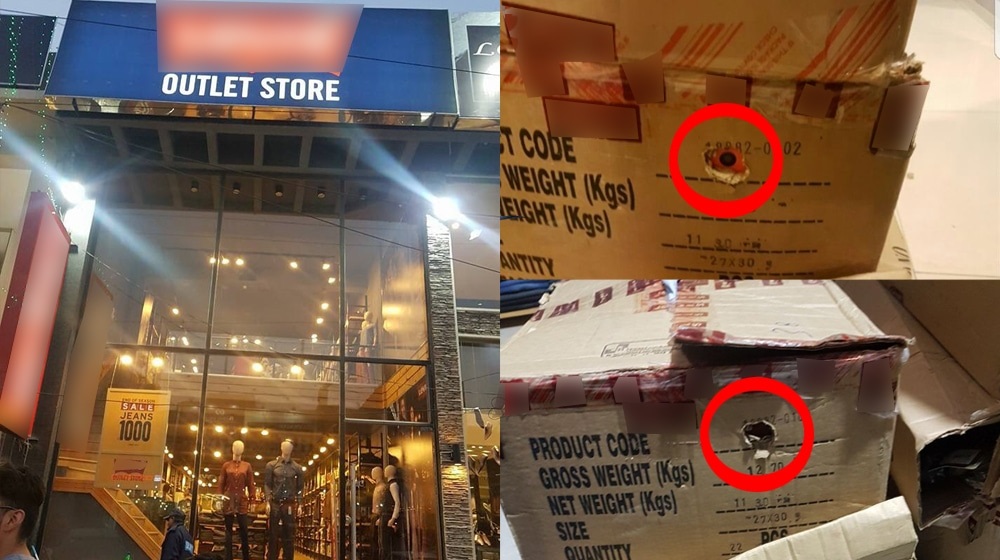 The case following the hidden camera incident at Faisalabad’s Levi’s outlet has revealed some more shocking facts regarding the other outlets in the area.

Law student Nouman Zaffar, had the case registered with the police about two weeks ago when his sister found hidden cameras installed in a changing room of a local outlet of Levi’s.

Nouman made a video of the cartons as evidence and when the staff came to know about it, they misbehaved with him and tried to snatch his phone to get rid of the evidence. Luckily, the evidence was shown to the Police, which arrested four of the employees from the store.

The Police investigation teams inspected 58 garment outlets and found holes inside most changing rooms. Aside from the walls, the sick-minded people have made holes for cameras in the ceilings as well.

Levi’s Shocked With The Incident

After the incident happened, the company officials came up with a detailed explanation regarding the matter. A press release was issued addressing the steps taken by the garments company:

At Levi Strauss & Co., the safety and security of our consumers is a top priority. We were shocked to hear about the situation at our Levi’s Factory Outlet in Faisalabad and are working with local authorities to investigate the matter.

The two individuals involved were employed by a third-party staffing agency and are not Levi Strauss & Co. employees. They no longer work at our store and have been terminated from the staffing agency.

We will take further action as needed based on results of the investigation.