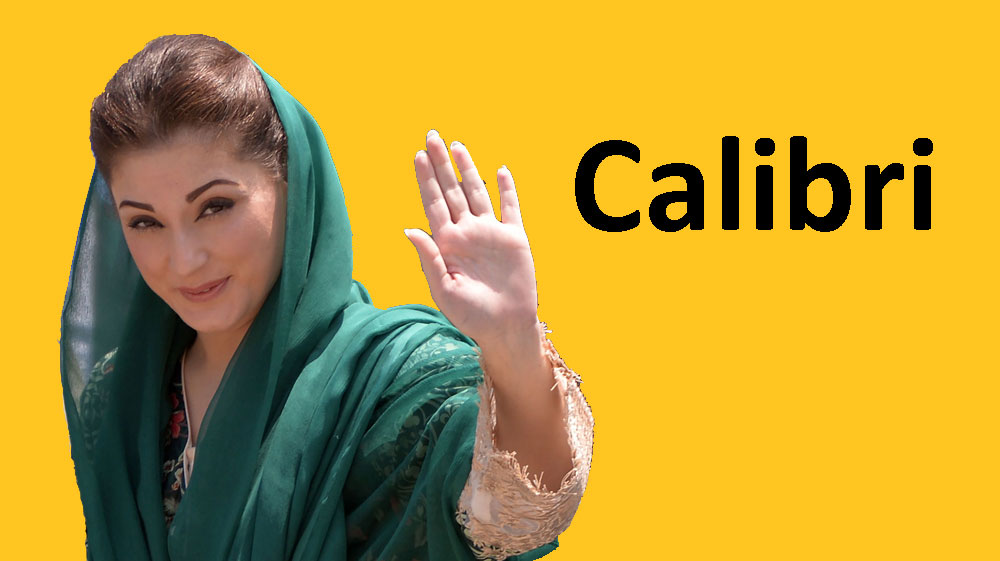 The issue of Calibri Font has come to light again as the accountability court — hearing the Avenfield Apartments reference — questioned a UK based forensic expert and other witnesses to ascertain the legitimacy of a deed signed between Maryam Safdar and her brothers.

For a background, Sharif Family presented a trust deed in court — that was signed back in February 2006 —  which said that Maryam Nawaz was trustee of the London Apartments and not the owner.

One page of the deed is as follows: 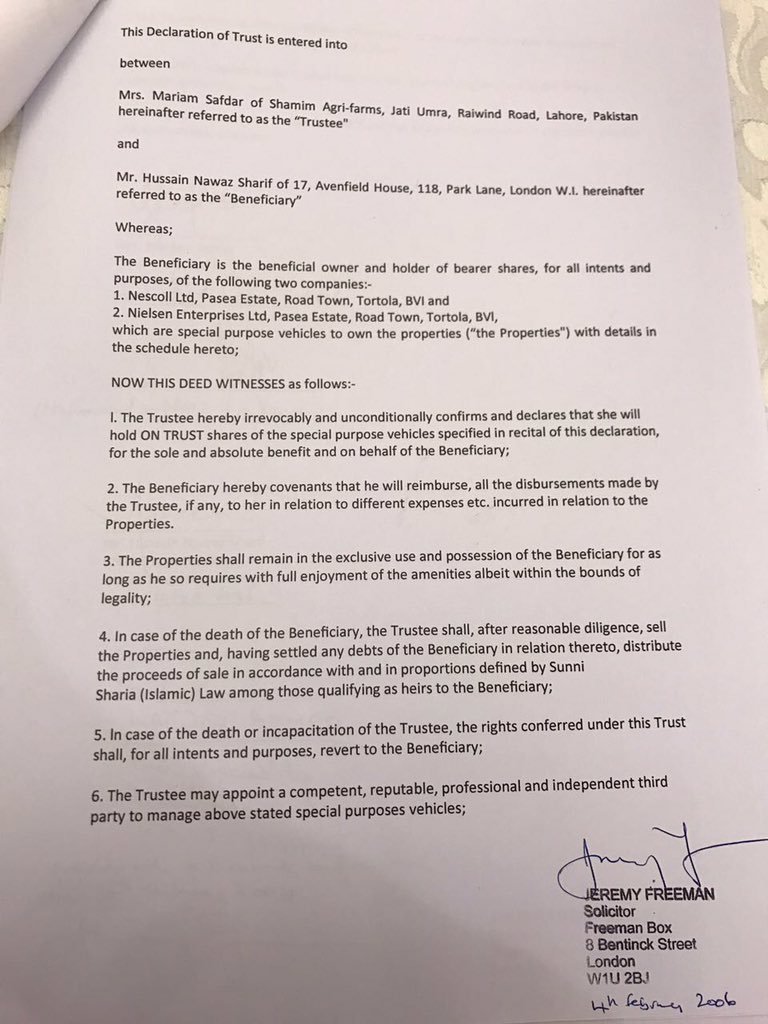 While cross-checking the document, it was found that the trust deed was in Calibri font, which had not launch commercially at the time the deed signed (February 2006).

Robert M. Radley, through a video link from Pakistani High Commission in London, testified to the accountability court that Calibri font was available in February 2006, but only in beta version.

He further confirmed that its commercial rollout was done only in early 2007.

Here’s What Local Papers are Trying to Establish

A leading English daily interpreted this testimony as follows:

The star witness against the daughter and the son-in-law of former prime minister Nawaz Sharif in the Avenfield Apartments reference told the accountability court on Thursday that the Calibri font existed when the trust deed of the property was prepared.

The forensic expert who had concluded that the Calibri font could not have been used in a “fabricated” trust deed by Maryam Nawaz as it was not commercially available before January 31, 2007, admitted before an accountability court that the font existed since April 2005 in the beta version of Windows Vista.

While above statements are not entirely wrong, they present only half of the truth.

These statements, we believe, require further input from a technical standpoint and thus below facts are presented for the sake of correcting the misconceptions that above statements may give rise to.

Here’s What the Actual Situation is

For those who don’t know, all software or tech-related products are released in following phases:

Since we have some understanding of the software life-cycle, let’s get back to our case of Calibri font that was released in closed beta in April 2004.

Calibri’s development started in 2002, mainly commissioned by Microsoft. It was developed and completed before 2004 but was used within Microsoft.

It saw the light of the day — outside Microsoft –when it was incorporated in Windows Longhorn (the closed beta version that later became Windows Vista) on 9 August 2004.

Calibri font was also available in Microsoft Office 2007, from where it gained popularity and became the default font for documents worldwide.

This essentially means that Calirbi Font could be sourced from following two software:

These brief timelines show that public beta of Windows Vista and Public Beta of Office 2007 were available only after May 2006.

Before the public beta versions were released in May 2006, both Windows Vista and Office 2007 were available to a small number of trusted testers only.

These early trusted users — back then — numbered just a few thousands, and were consisted of tech savvy people

A solicitor in the UK is extremely unlikely to install a private beta version of Windows Vista on his office computer in his office and prepare a trust deed.

But I won’t want to give a verdict here, instead, I will leave it up to you to decide.