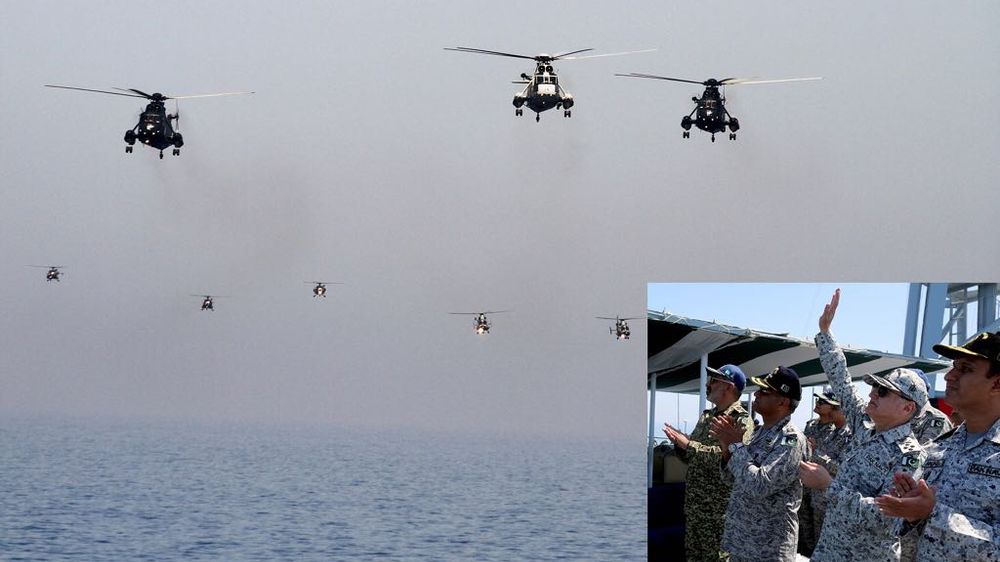 Upon arrival, Chief of Air Staff was received by Chief of Naval Staff onboard PNS NASR, a combat logistic support ship. Joint PN-PAF missile tests were conducted on the final day of Exercise RIBAT-18, which was focused on validating warfighting concepts under the evolving multi-faceted threats.

Pakistan Army Ranked as the World’s 13th Most Powerful Military 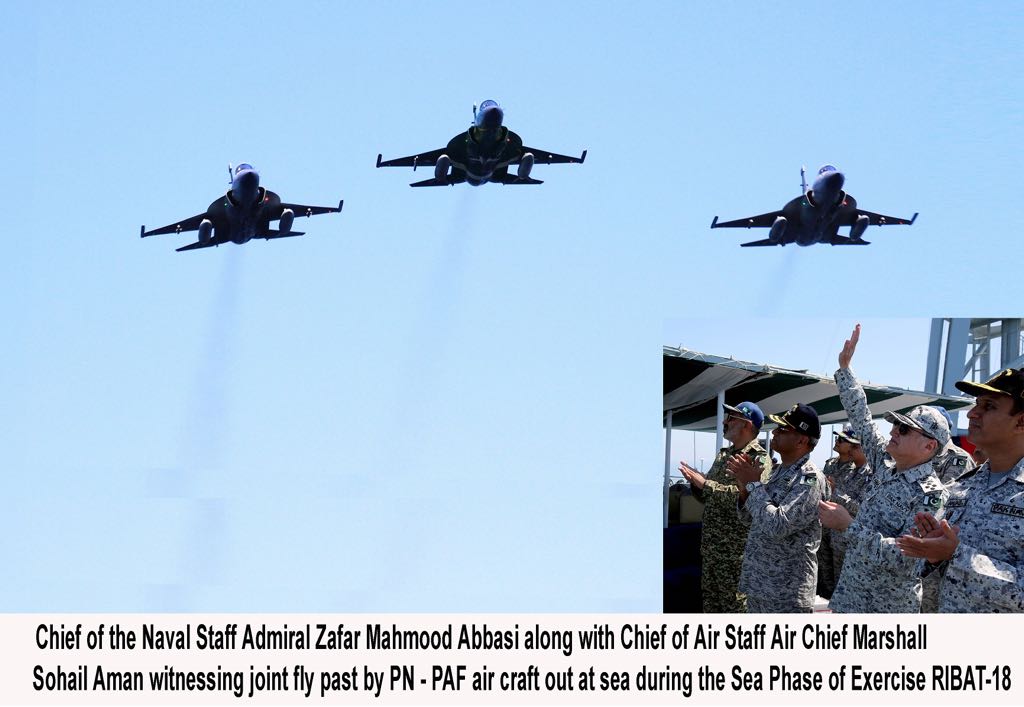 The missiles successfully hit their intended targets which not only re-asserts the efficacy of weapon systems but also manifests the extended range of Joint PN-PAF Sea-Air operations and desired synergy between the two forces. 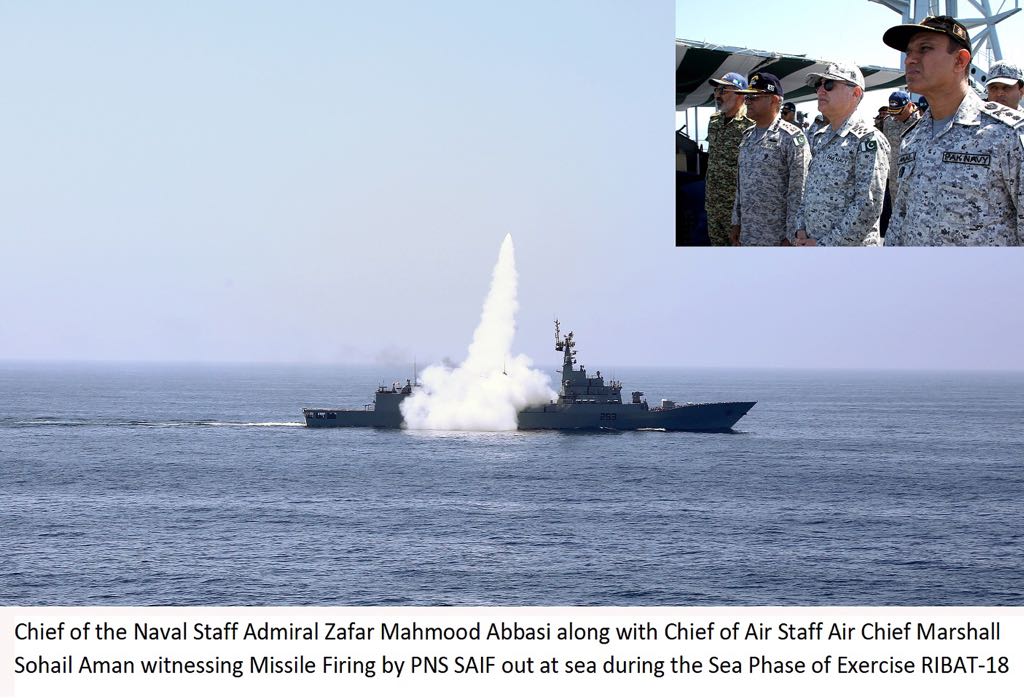 On this landmark occasion, Chief of Naval Staff, Admiral Zafar Mahmood Abbasi expressed his satisfaction on operational readiness of PN Fleet and commended officers and men for their professionalism and devotion in the line of duty.

The Admiral also added that Pakistan Navy is transforming into a strong and formidable force, fully capable to protect and advance the national maritime interests and collaborate international responsibilities across the Indian Ocean.