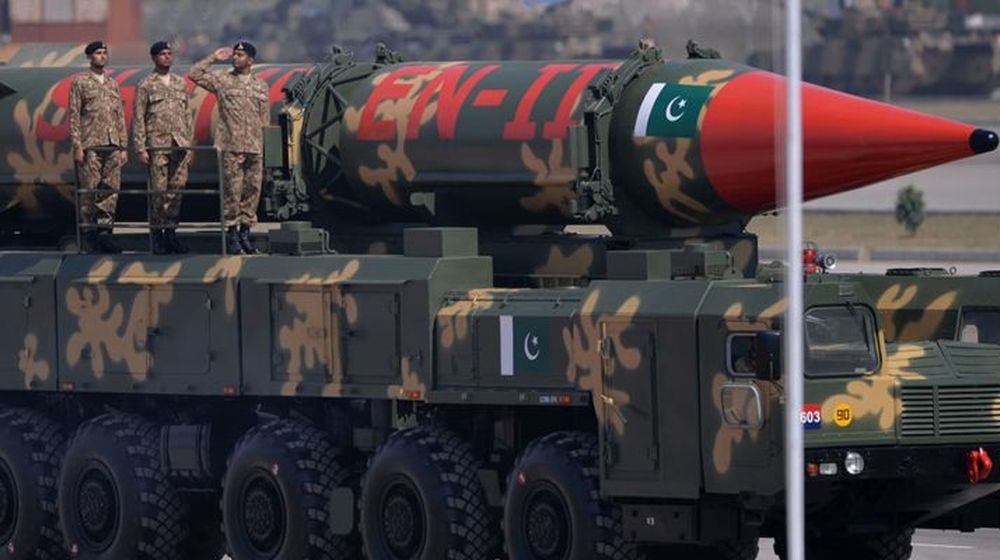 Pakistan successfully tested the first-ever MIRV nuclear missile of South Asia back in January 2017, says the United States of America.

Pakistan Army announced about the test-fire, however, many doubted the claim saying that Pakistan lacks the technology to develop the missile. However, the doubts have been put to rest by the United States report confirming the test of MIRV missile.

DIA submitted a report about worldwide threats to the US Congress and it says;

We Are Confident in Pakistan’s Ability to Deter Nuclear Threats: NCA

MIRV missile is a small-sized warhead capable of delivering nuclear payloads at different locations in one go. This technology is often referred to as the Ultimate Nuclear Missle system since it allows for long-range and destructive attacks. Some experts even call it “the most dangerous nuclear threat no one was talking about.”

Pakistan has conducted its first successful flight test of Surface to Surface Ballistic Missile Ababeel, which has a maximum range of 2,200 kilometers. The missile is capable of delivering multiple warheads, using Multiple Independent Re-entry Vehicle (MIRV) technology. [The test was aimed at] validating the various design and technical parameters.

US Claims Pakistan is Working on New Types of Nuclear Weapons

After this press release by Pak Army,  Center for Strategic and International Studies questioned the authenticity of the test saying;

Some experts have expressed skepticism as to whether Pakistan has indeed surmounted the various technological hurdles required for MIRVed missiles. MIRV warheads are typically much smaller than unitary warheads, and thus require greater miniaturization. It is unclear if the country has manufactured a miniaturized nuclear warhead small enough to use in a MIRV.

However, it is now clear that Pakistan has successfully developed missiles that can be carried by MIRV.

According to reports, Pakistani missile designers received some help from Chinese scientists in designing the Ababeel warhead. The design is said to be similar to the previously owned missiles, Shaheen-II and Shaheen-II with a large nose cone.

The Ababeel program started in the mid-2000s and according to multiple reports, it was initiated to defeat India’s ballistic-missile defense system. Pak Army’s report stated;

MIRV comes in handy during counterforce attacks and defeating the opposition’s missile defenses. Pakistan is the second country in Asia to have confirmed MIRV capabilities. The US confirmed that China had the technology back in 2015. France, Britain, Russia and the United States also have MIRVed missiles. With this, Pakistan has gained an upper hand against India’s military and nuclear capabilities.

Pakistan is also the only Muslim country in the world to hold any kind of nuclear warheads.

Via The National Interest