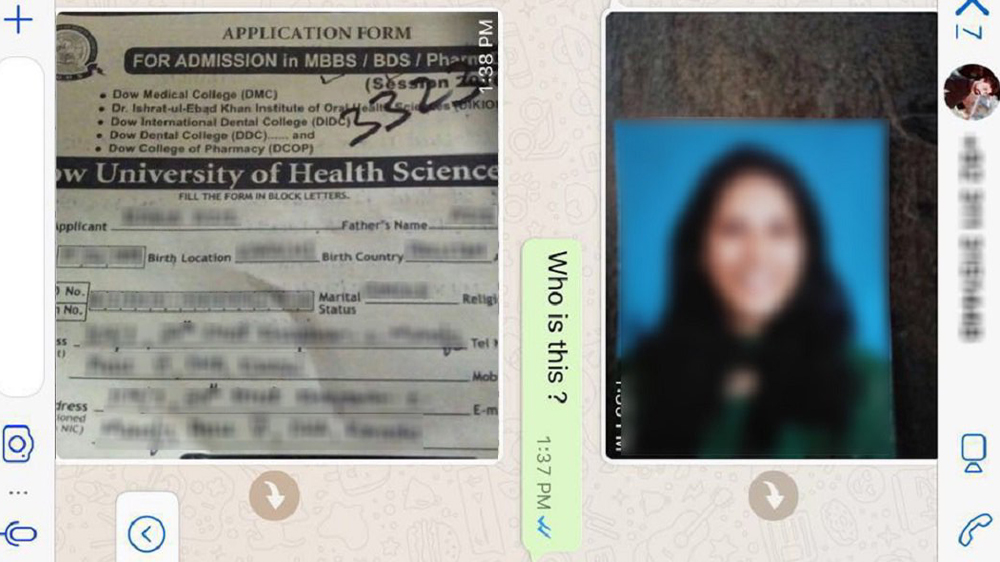 Rabia Aziz, a student of a medical university in Karachi, got the shock of her life on March 1st.

She was contacted by a stranger on Whatsapp, who told her that he had all the details and pictures that she included in her admission form at the Dow University of Health and Sciences.

Disturbed at how easily her personal and academic information was easily discovered by an anonymous person, Rabia confronted the sender over Whatsapp.

The 20-year old discovered that all the information that she had filled in her admission form on Nov 4, 2017, as well as her passport-sized photograph, was found with a street hawker by the person who contacted her. 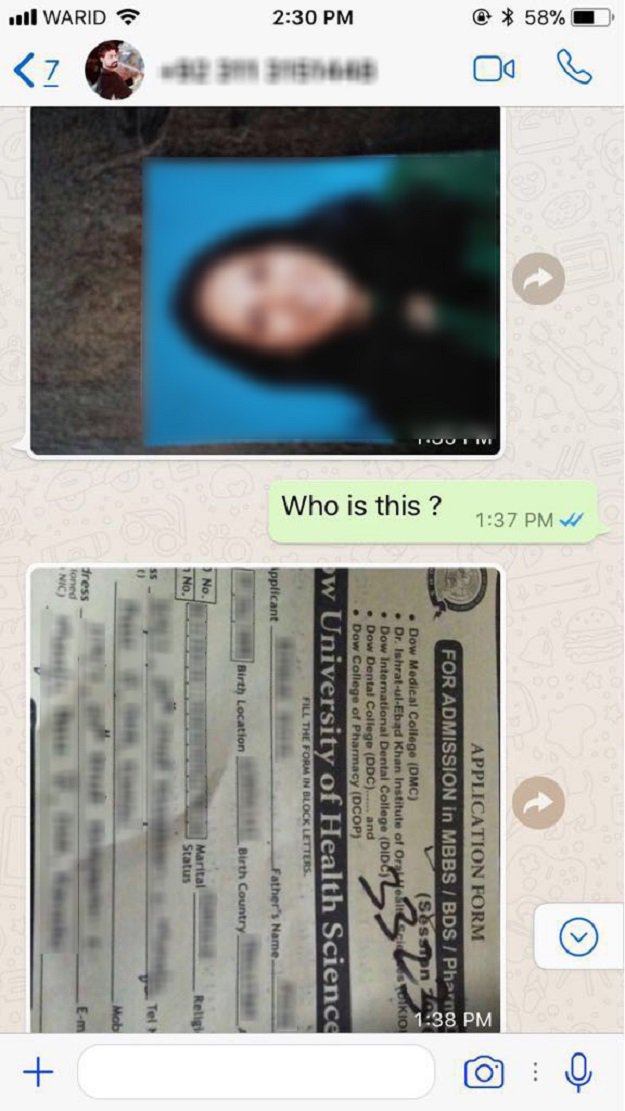 Rabia says that many other people contacted her over Whatsapp. All of them told her that they had her number because it was mentioned in her documents and wanted to alert her in case her information was being misused without her knowledge.

Rabia was fortunate in the sense that she was alerted by people who saw her documents lying about.

However, hers is not the only case of this kind. Some of the people who contacted her also sent screenshots of other admission forms belonging to other women.

The very idea that students who applied at one of the most reputable medical universities in Pakistan had their information treated this way is scary. And not to mention, illegal.

Ms. Aziz, who went public with her story on Facebook, recounted a similar experience that a friend of hers faced as well. Her post has gone viral and has been shared thousands of times. 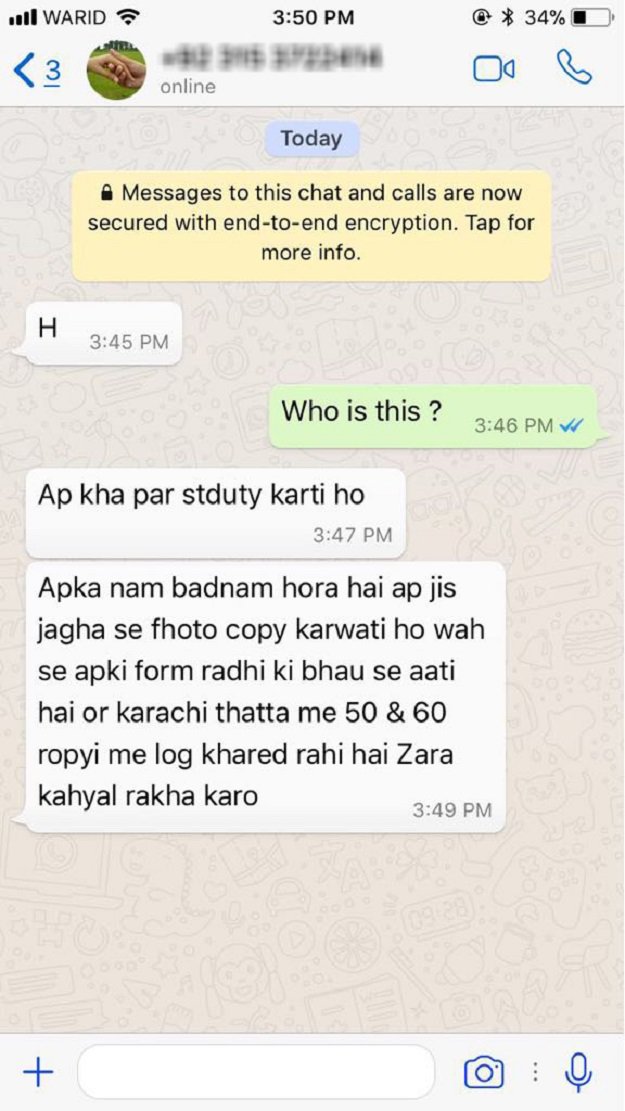 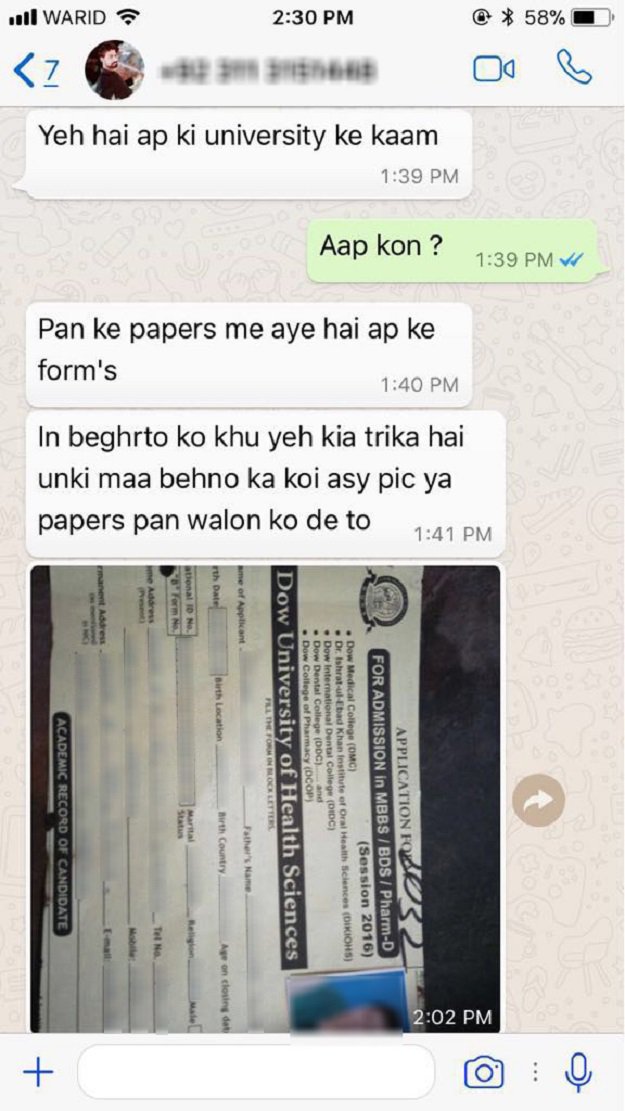 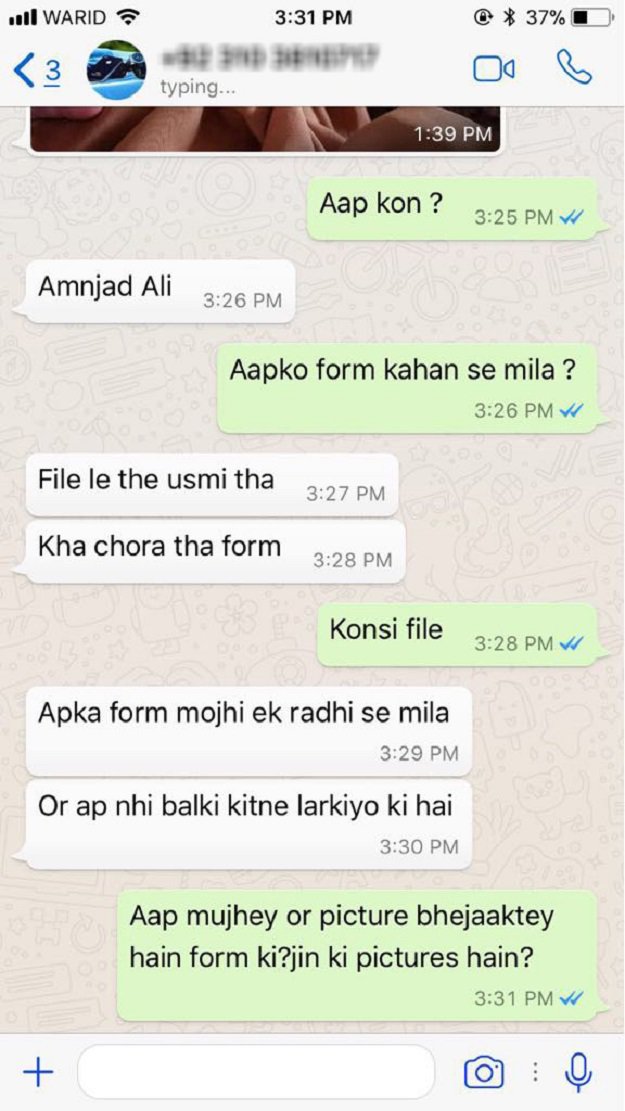 The administration at Dow has stated that it is looking into the matter.

According to the Vice-Chancellor at Dow, Saeed Qureshi told media that they first learned about this breach of privacy through social media as well. He added,

There are two ways an incident like this could have taken place. Either it’s someone from DOW trying to sabotage the image of the institute and scaring aspiring students. Or the forms were not properly discarded.

The VC also added that at Dow, application forms are processed for disposal after a year of their receipt. He stated that forms from 2015 were burned only recently and the ones from 2016 were in the process of being burned

He expressed his confusion as to how application forms and pictures from 2017 (such as Rabia’s) were leaked and available with paper (radi wala) sellers on the road. 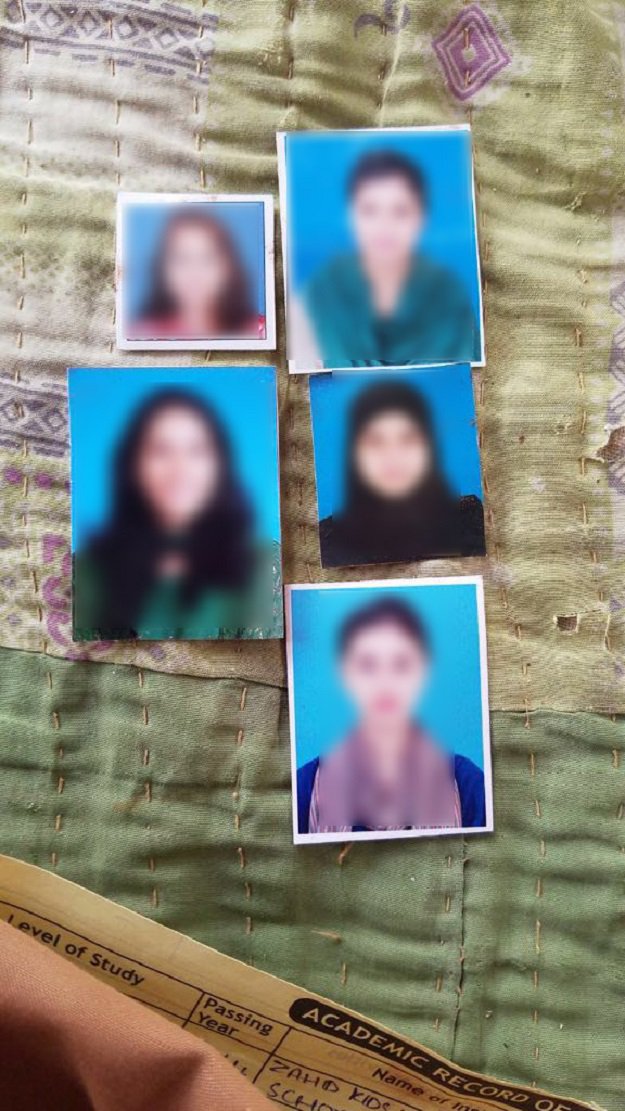 He urged everyone who is affected by this breach to approach the university.

Mr. Qureshi says that the university will take all possible steps to resolve the situation and ensure that such an incident does not occur in the future.

Regardless of the university’s actions now, the simple fact is that information of female applicants was compromised and there needs to be strict action. In a society like ours, life can become hell for women if their private information is leaked and falls into the wrong hands.

In such circumstances, an internal investigation is not enough. The HEC needs to step in and make sure that the culprits, whether it’s the university with shoddy processes or rogue employees, are brought to justice. And it also needs to make sure such an incident never occurs at any other university in Pakistan. 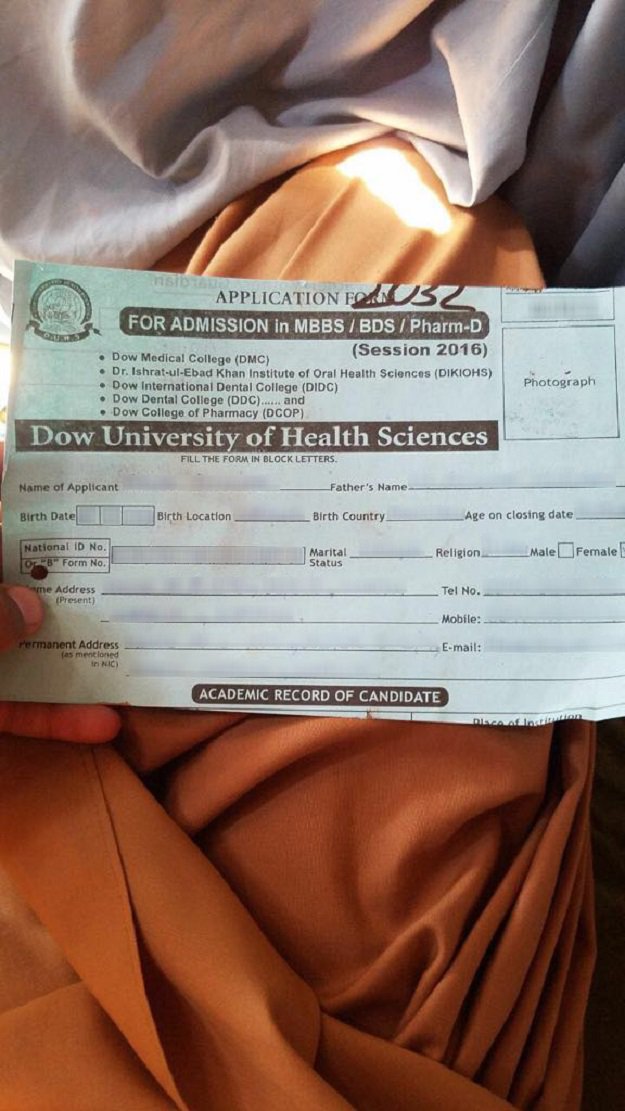 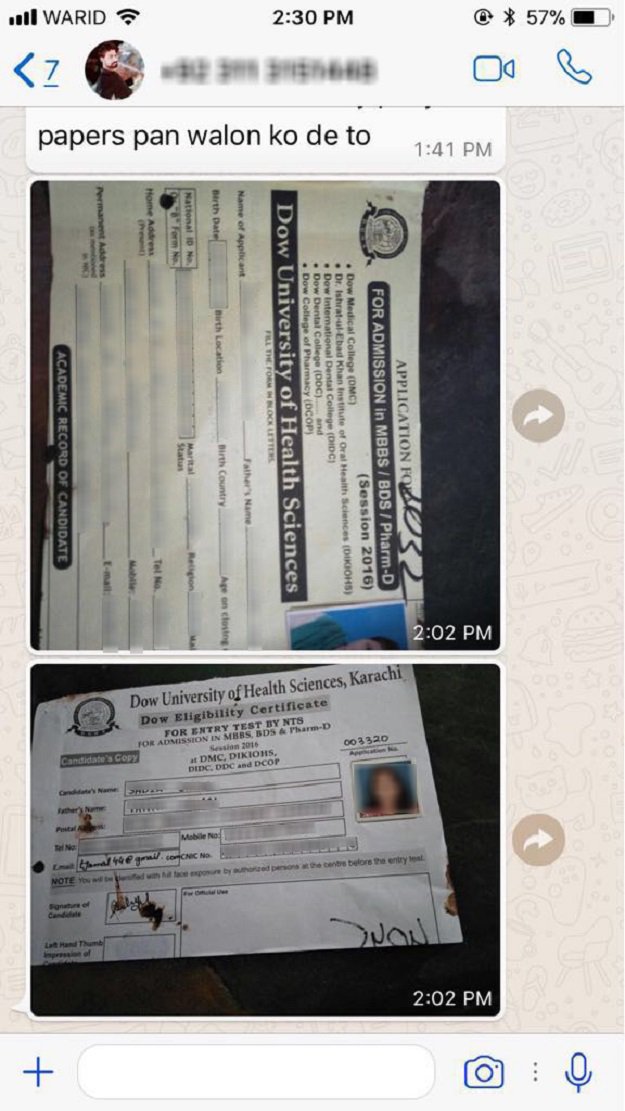