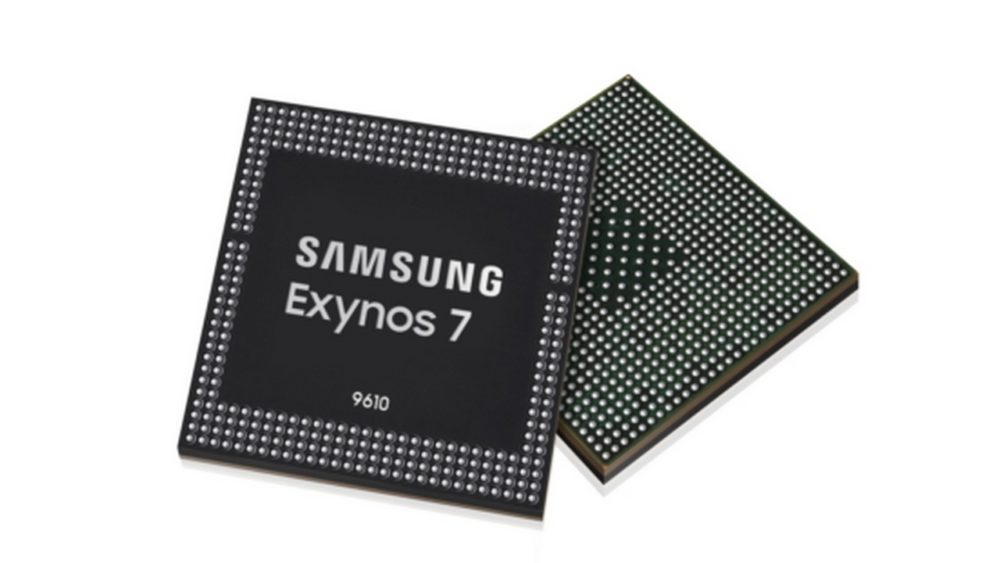 Samsung’s new Exynos 7 9610 SoC brings AI and super slow-mo to mid-range phones. The new processor is based on the same fabrication process as the Exynos 9810 in S9 and S9+.

Samsung has unveiled its latest mid-range chipset, based on a similar design as the Exynos 9810 (used in Galaxy S9).

Called the Exynos 9610, it uses a 10 nm fabrication process and includes AI based features as well.

The camera is the first major point of difference, getting flagship-grade processing speeds, such as 4K videos at 120 fps or 1080p slow-motion at 480 fps, thanks to the new image signal processor. The Galaxy S9 itself can handle HD videos at 960 fps, though, now such features can be had in mid-range phones as well.

There are also more “smart features” this time around, with the addition of a neural network engine allowing for facial detection even when the face of the subject is partially obscured. It also enables better low light image processing and bokeh effect on single lens cameras.

On the connectivity side, you get 802.11ac 2×2 MIMO Wi-Fi, Bluetooth 5.0, and FM Radio. There’s a Cat.13 LTE modem too with 3CA (carrier aggregation), with theoretical downlink and uplink speeds of 600Mbps and 150Mbps, respectively.

The Exynos 9610 is expected to hit mass production in the second-half of this year, with availability on smartphones likely going to follow not much later.