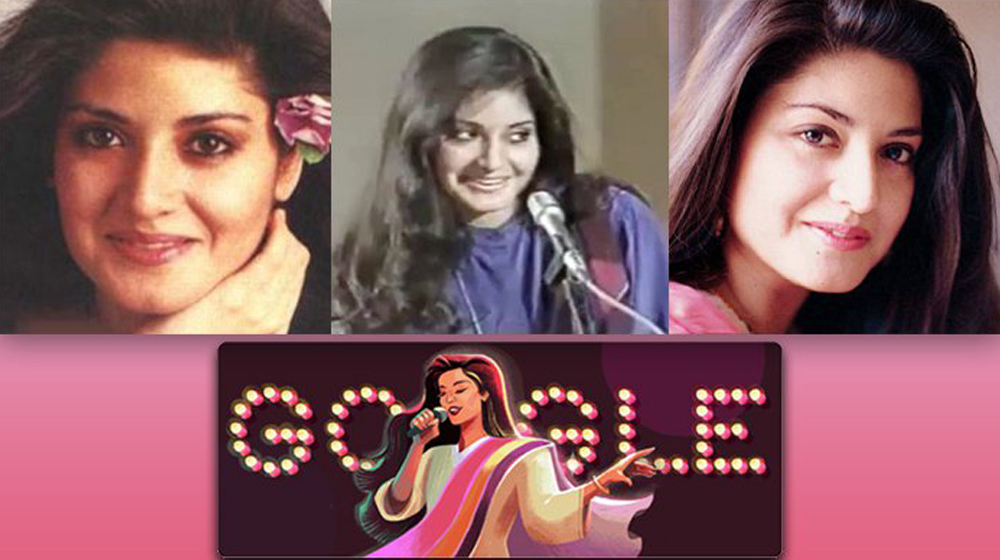 The singing sensation, Pakistan’s pop queen, Nazia Hassan, would have turned 53 today, however, cancer took her life at a young age 18 years ago.

Google also remember her and has commemorated the pop star’s birthday with a doodle that says:

When young Pakistani girls in the 1980s closed their eyes and clutched a pretend mic in their hands, swaying and singing, a major inspiration was Nazia Hassan.

Nazia Hassan was born on April 3rd, 1965. She came to limelight through Pakistan Television’s (PTV) program Sung Sung. Her popularity grew even more and made her one of Pakistan’s favorite singers back in the 80s.

Her song “Aap Jaisa Koi” became an award-winning single which she sang for an Indian movie Qurbaani. This boosted her popularity further not just in her home country but all over South Asia.

This was just the beginning of her music career.

She, along with her brother Zohaib, sold over 60 million records worldwide. She also became the very first Pakistani to win the prestigious Filmfare award.

Who could have thought that a girl, at the age of 10, could step into the music industry and flourish at this young age and become one of the most conspicuous female singers in the Indian subcontinent.

“She was the first Pakistani singer to reach the British charts with her English version of ‘Disco Deewane’, called ‘Dreamer Deewane’,” notes the Google Doodle information page.

She was the woman who refined the country’s pop music. Her songs such as “Dum Dum Dede” and “Ankhein Milane Wale” is still famous amongst her fans all over the world.

Her melodious voice would serenade anyone listening to her.

Apart from music, she had also won several accolades through her philanthropic work. In 1991, taking advantage of her law degree, she joined the United Nations and also worked for  United Nations Children’s Fund (UNICEF).