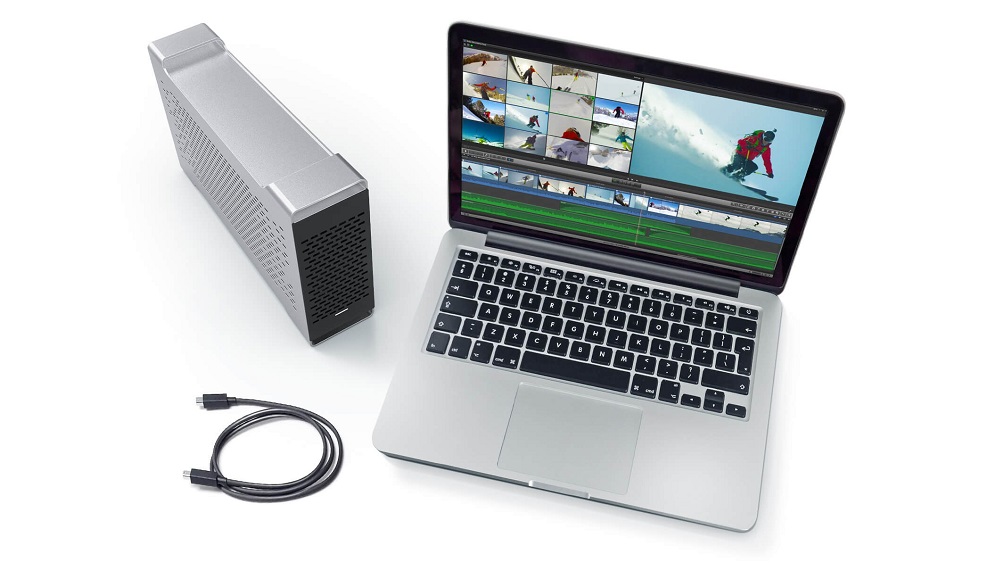 Apple’s MacOS has been updated with support for external GPUs. Currently, only AMD cards will be supported.

Apple’s new macOS 10.13.4 update is now live, and among the usual string of features and bug fixes comes a feature which a lot of people have been waiting for: external GPU support.

As a bunch of Windows laptops have done before, the new feature will work in laptops which come with a USB-C based Thunderbolt 3 port, which makes ultra-fast data transfer speeds possible. This in-turn makes external GPUs a reality.

The list of machines supported include MacBook Pros from 2016 and later, iMacs from 2017, and the iMac Pro. All of these machines come with the updated USB standard to support external graphics.

While we can expect a variety of cards to be supported due to the fairly standard port, initially, at least, Apple supports AMD cards only, including the RX 570, RX 580, Vega 56, Vega 64, Radeon Pro WX 7100, and WX 9100 in its press release, alongside prebuilt Thunderbolt 3 all-in-one eGPUs.

Apple strongly recommends that you do your own research while buying a new GPU chassis, as it needs to provide enough power for each graphics card installed in it, while also charging the laptop.

The resultant package could set you back by a substantial amount, (the GPU chassis and the graphics card(s)) when you factor in the cost of all individual components. However, it could still be cheaper than buying a new MacBook Pro with discrete graphics.

Apple has traditionally had strong control over the hardware that it produces, but the changing industry trends mean that it has had to change its tune. Also the support could be important in Apple’s impending release of an external 5K display with a built-in GPU.