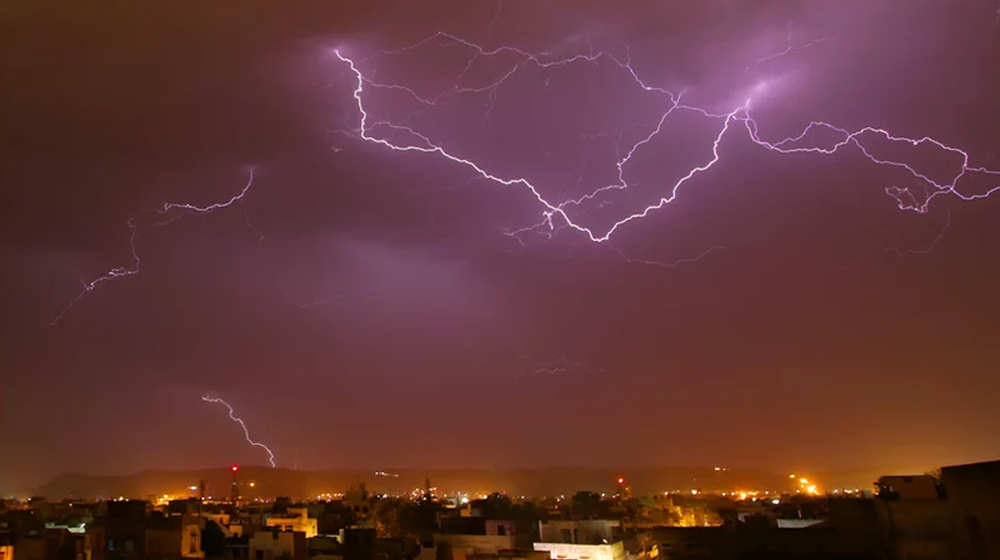 A coastal city of India recorded 36,749 lightning strikes in just 13 hours on Tuesday.

A deadly barrage of lightning hit India’s southern state Andhra Pradesh on Tuesday and in a span of just 13 hours, the coastal city was hit by 36,749 lightning strikes.

Lightning strikes, according to officials, are quite common in India when the monsoon season nears but according to Kishan Sanku from India’s emergency operation center, Andhra Pradesh, in particular, has more lightning activity during this season.

Since Tuesday, the city’s electrifying weather took lives of nine people, including a nine-year old girl. Moreover, officials say that this degree of lightning activity is quite unusual even in monsoon season. Stats from last year show 30,000 lightning strikes in the same area over an entire month of May.

Scientists believe that global warming is contributing to the increase in lightning storms. Andhra Pradesh is a coastal city, cold air currents from the Arabian Sea and warm winds from India’s central regions form an exceptionally large thundercloud in the city’s skyspace which increases the risk of lightning storms. According to Mr. Sanku, the cloud cover spans 200 km. “In our experience, this is very rare,” he added.

According to a report, more than 2,000 people die every year in India due to lightning strikes. From 2000-2014, 32,743 have died due to lightning in the country. Lightning-related deaths in India are far higher than western developed countries, analysts believe that this is because Indian authorities lack a reliable warning system.