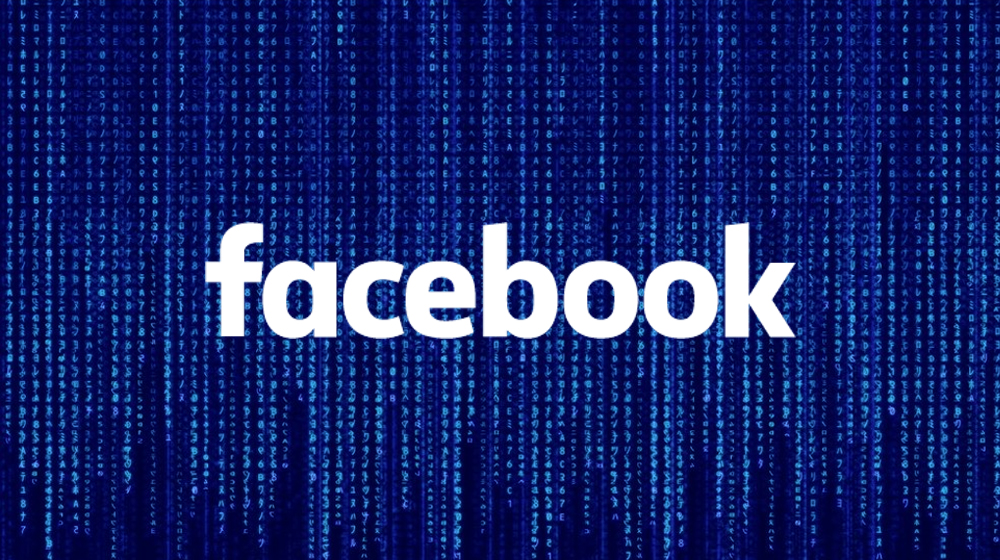 A team from Pakistan, including Asad Memon and Azka Qaiser – husband and wife – have won the 2nd place at F8 Hackathon held at McEnery Convention Centre, San Jose, CA, United States of America.

The entry submitted by the team titled ‘Pseudonymous’ was chosen as the second-best project among 53 entries by a panel of judges at Facebook. 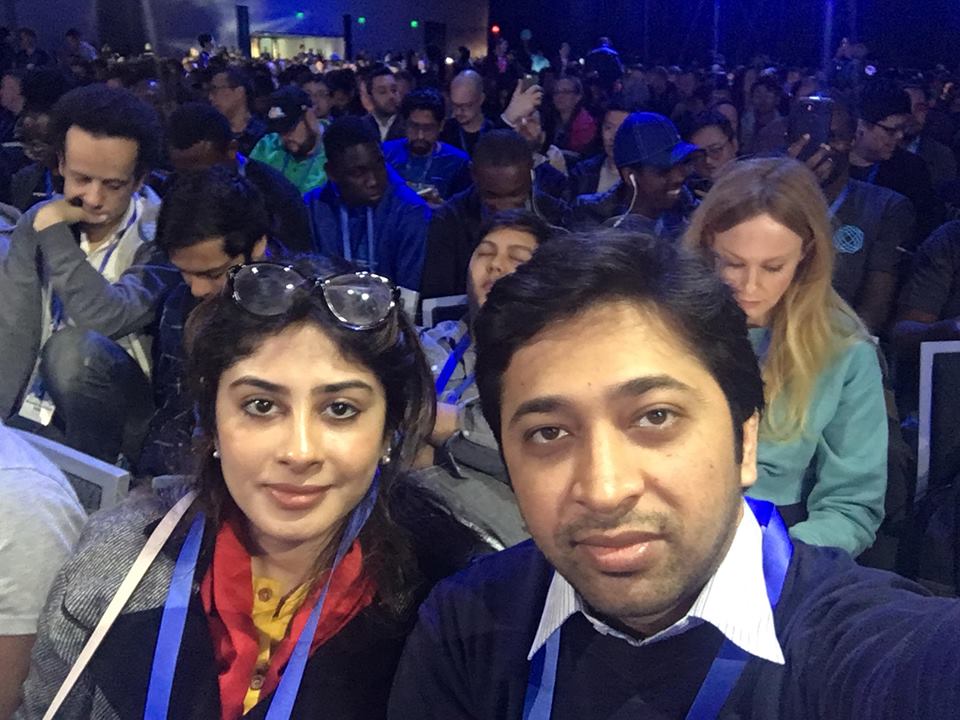 The Pakistani team walked away with the following rewards:

The first prize was bagged by a project titled ‘Voice’ which also does something similar to Pseudonymous with a tagline reading ‘we give a voice to the things you can’t voice’.

The award winner, Asad believes that the Pakistanis have a lot of potential provided they get the opportunities such as this.

I am extremely happy that we were given a chance to prove ourselves. There were many others selected from Pakistan but sadly weren’t given the visa. I am sure they would have topped the charts too

The tagline for the project says ‘Anonymous conversations for Facebook Groups’.

It means that you can now share your feelings anonymously, rather with a pseudo-name which the application assigns unique to each user to ensure privacy.

There are so many issues that we often think about sharing anonymously, especially in the context of Pakistan, and the Pseudonymous bot allows you to do that without bringing up your real name.

Here’s how it works: before and after. 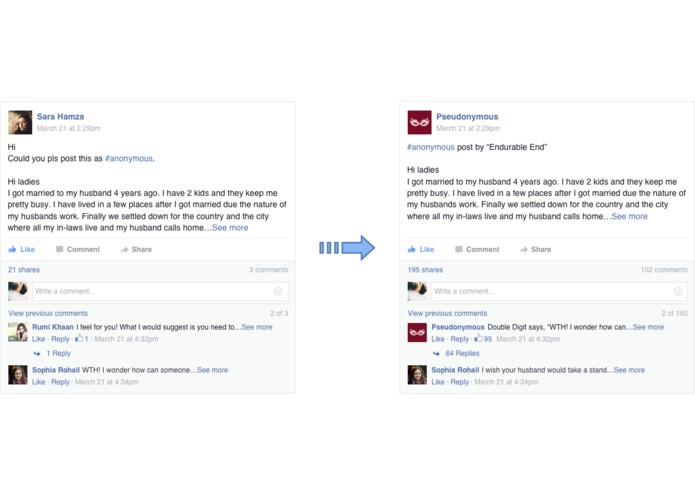 All you need to do is to add Pseudonymous as your group’s linked page or group. Secondly, post the bot link, rather pin it, for the users to post anonymously in the group. Once they click the link, it opens up the Messenger wherein they can write their post which will be published with a pseudo-name. It looks like this. 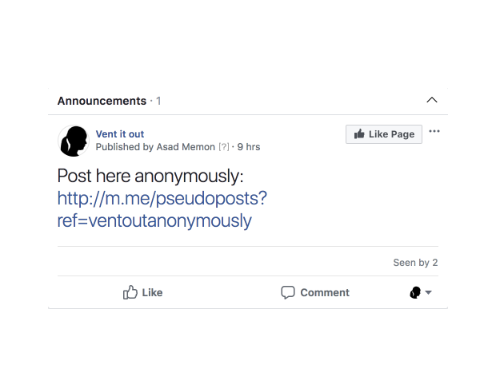 Facebook organizes an event every year wherein teams from all over the world showcase their talents. Following the preliminary selection, Facebook sponsors the participants’ air tickets, hotel accommodation etc.

With a mission is to give people the power to build community, Facebook invites applications every year for bringing communities together through F8 Hackathon by building software applications using any of the Facebook Developer Products.

The judging criteria include the following:

ProPakistani wishes him and his wife best of luck in their future endeavors.