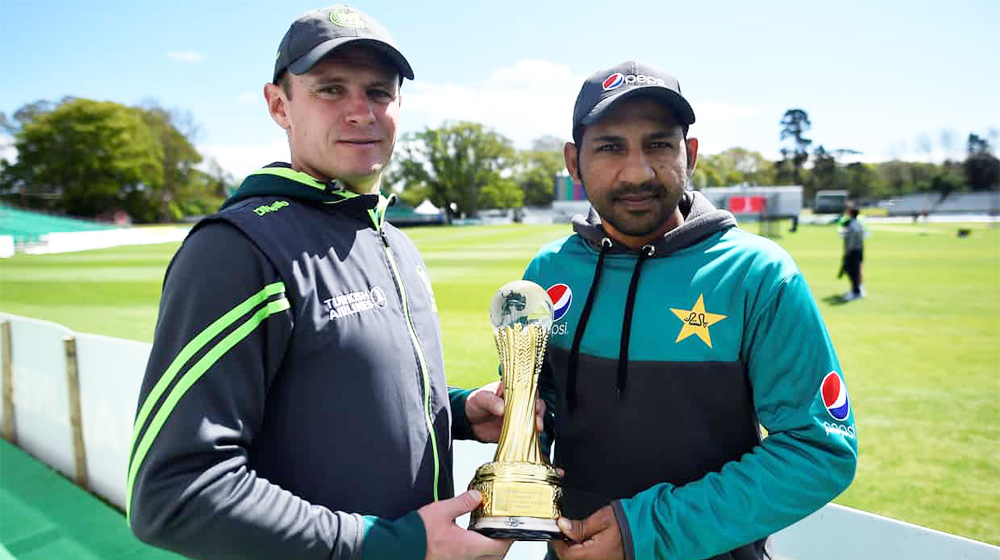 Pakistan will be a part of the history books as the national cricket team gears up to face Ireland, who are playing their first ever Test match in the history of the game.

The Irish have been waiting a long time for this and will put up a strong fight, for which, Pakistan needs to be ready.

Malahide has been identified as the venue for the historic game and the match will start at 3pm (Pakistan standard time).

Cricket Ireland is Willing to Tour Pakistan in the Near Future

William Porterfield, the Irish team captain, expressed his joy for the occasion and said:

It’s been quite a while building up to this since it was announced. I am sure there will be a lot of different emotions that will flow through everyone in the next 24 hours.

Senior players like Porterfield, 33, and Ed Joyce, 39, have never played a Test. Boyd Rankin is the only cricketer in Ireland’s team who has played one, but for England.

I think it is a great achievement for Ireland Cricket and Ireland Cricket Board that they will be playing international cricket,” he said on the eve of the Test on Thursday. “First of all, congrats from my side and on behalf of Pakistan team as well. From here on more people will pick up the game and more kids will play the game as well. It is a big honour for me and my team to play this historic Test match. The first Test for Ireland. Everyone will definitely watch this game. We are ready to play this great match.

The pitch is green and with Pakistan’s formidable bowling attack, it seems likely that the visitors will deliver a devastating blow.

Sarfraz and co. faced Kent and Northamptonshire as part of their warm-up for the game against Ireland and England later on in the month.

The first match, however, was cut short due to rain but Pakistan really came to life in the game against Northamptonshire where Shadab Khan’s memorable 10-wickets helped the team cruise past the hosts.

Newcomer Haris Sohail showed great determination and managed a couple of half-centuries, which is a promising sign for the Green shirts. Return of Ahmed Shafiq’s form and options at the top of the order will only help Pakistan further.

Faheem Ashraf remained largely anonymous in the two games despite having an outstanding PSL campaign where he was the joint-highest wicket-taker.

Imam-ul-Haq is a strong contender to make his Test debut and likeliest to do so as an opener. Pakistan are likely to field the same XI as they did against Northamptonshire which means a debut for Faheem Ashraf is also in order. Azhar Ali, with an incredible average in English conditions, is the most suitable option to open the innings for the Green team.

There are not many changes expected but here is what we think how Pakistan will line-up against Ireland today:

Pakistan’s last outing in a Test match series was against New Zealand, where Sarfraz guided his team to victory. However, before that, Pakistan did not fare very well against Sri Lanka. The men in green lost both matches of the two-Test series by 21 and 68 runs. Although the margins were extremely thin, it points towards a problem which has always existed in Pakistan camps; nerves.

Keep following ProPakistani for team news and latest updates for the match between Pakistan and Ireland.