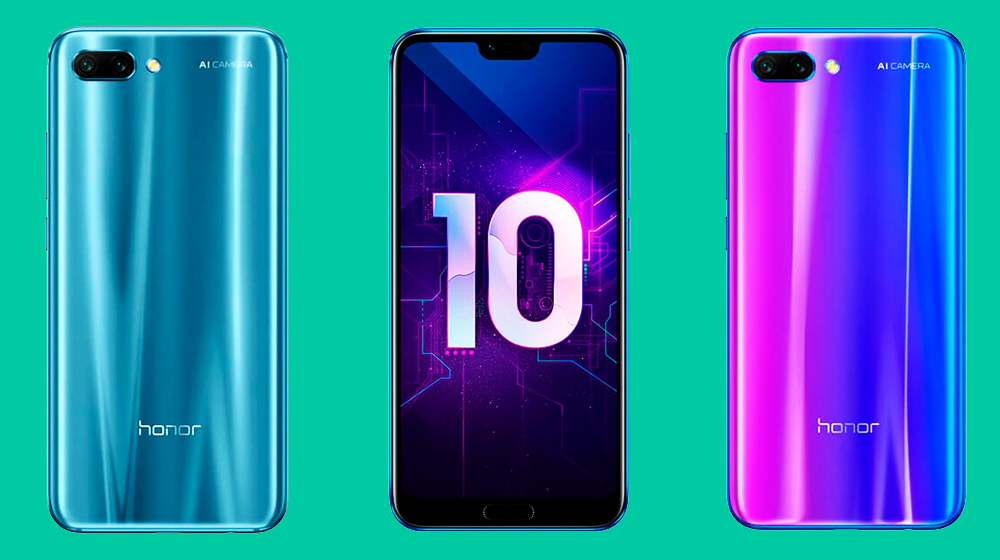 The high-end Honor 10 has been officially released worldwide. It takes design cues from the P20 series and comes with a notch, face unlock, a multi-gradient colored back and more.

Huawei’s sub-brand Honor has updated the upper-most phone in its mid-range lineup, the Honor 10, with some conventions of the time. The phone is finally being launch globally, after a limited announcement earlier this year. 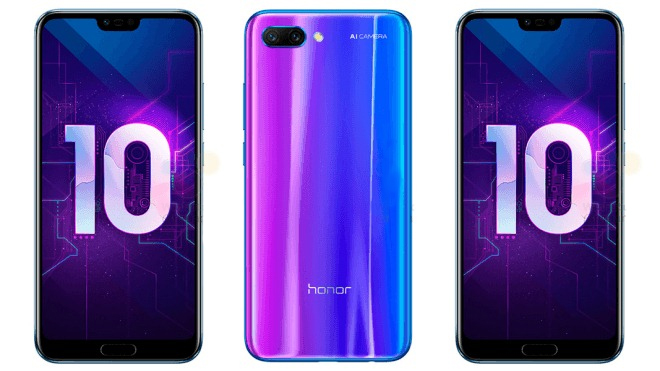 The design comes with a glass rear-build, but the star of the show is the gradient-effect color schemes, borrowed from the P20. There’ll be two of those: Phantom Blue and Phantom Green, followed by conventional Grey and Black.

At the top sits a small notch, which houses the sensors and the secondary camera. The display is a 5.84″ IPS LCD panel with a 19:9 aspect ratio and FHD+ resolution. The fingerprint scanner is embedded at the bottom of the phone, under the display panel. It also comes with Face Unlock.

Under the hood, you get the home-baked Kirin 970 octa-core processor, with either 4/6 GB RAM, and either 128 or 64 GB of storage. There’s a dedicated NPU for automatically optimizing the performance, while a microSD slot ensures you never run out of space.

Connectivity options include USB-C, LTE, and NFC, among other contemporary options, however, seeing Honor retain the audio jack is a pleasant surprise.

The rear camera comes with dual 24 MP + 16 MP RGB lenses. There are 22 filters to choose from, supported with AI, which can also recognize objects from your photos.

The front camera also comes with a 24 MP sensor.