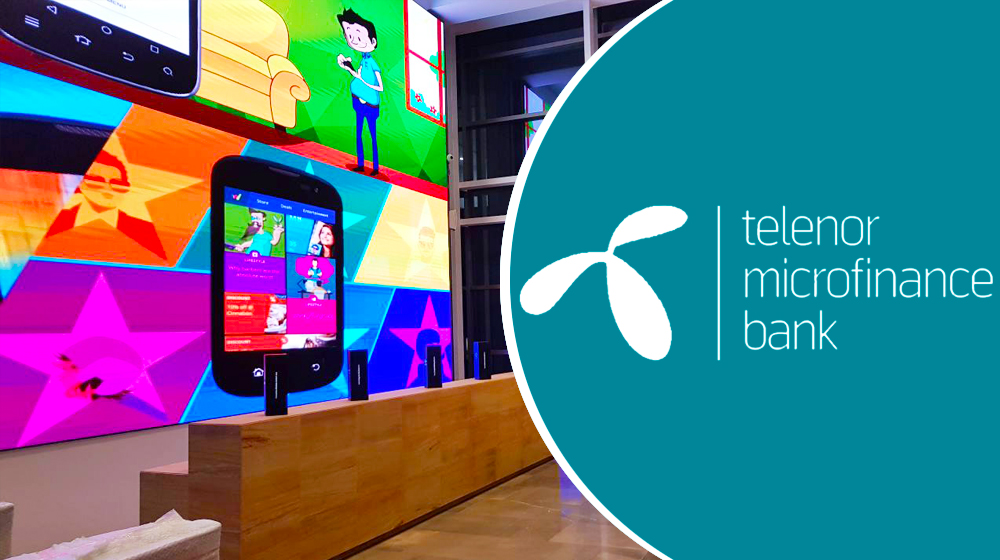 The bank recorded growth in its interest and non-interest based incomes. However, the bank’s high expenses contributed to a significant decline in its overall earnings.

Major expenses went in rebranding activities as well as in streamlining of operations.

Telenor Microfinance Bank witnessed modest growth and achieved impressive milestones during 2017 across all of its functional areas.

The bank also disbursed loans worth Rs. 120 billion so far to extend easy access of finance to millions of underserved Pakistanis.

A remarkable surge was witnessed in regards to the bank’s services. The number of active mobile accounts from Telenor Microfinance Bank currently stand at 6.2 million, which facilitated transactions worth Rs. 684 million during 2017.

A Year of Transformation

The bank also witnessed the transition of its leadership as Ali Riaz Chaudhry quit the bank and was replaced by Shahid Mustafa as the President and CEO of the bank. Yahya Khan, Chief Digital Officer also parted ways with the bank to join Bank Alfalah.

The bank retained its leadership position in the Over-the-Counter Market Share with more than 49,000 BVS devices including devices sourced from channel partners, making it the largest BVS network in Pakistan.

The Bank and Telenor Pakistan (Private) Limited (related party) mutually consented to terminate the revenue sharing agreement related to ‘EasyPaisa’ branchless banking business. As part of their agreement, Telenor Pakistan transferred the Easypaisa-powered branchless banking setup to Telenor Bank.  This caused the bank to increase its earnings from Rs 1.092 billion to Rs. 7.77 billion this year.

Accordingly, from 01 January 2017, the revenues and expenses related to branchless banking business were recorded by the Bank. Furthermore, both Telenor Pakistan and Telenor Bank entered a service level agreement which states that professional consultancy charges will be paid by the Bank to Telenor Pakistan (Private) Limited.

Previously, a 14% share of revenues from branchless banking was received by Telenor Bank, with Telenor Pakistan pocketing the rest given its status as the owner of the agents network.