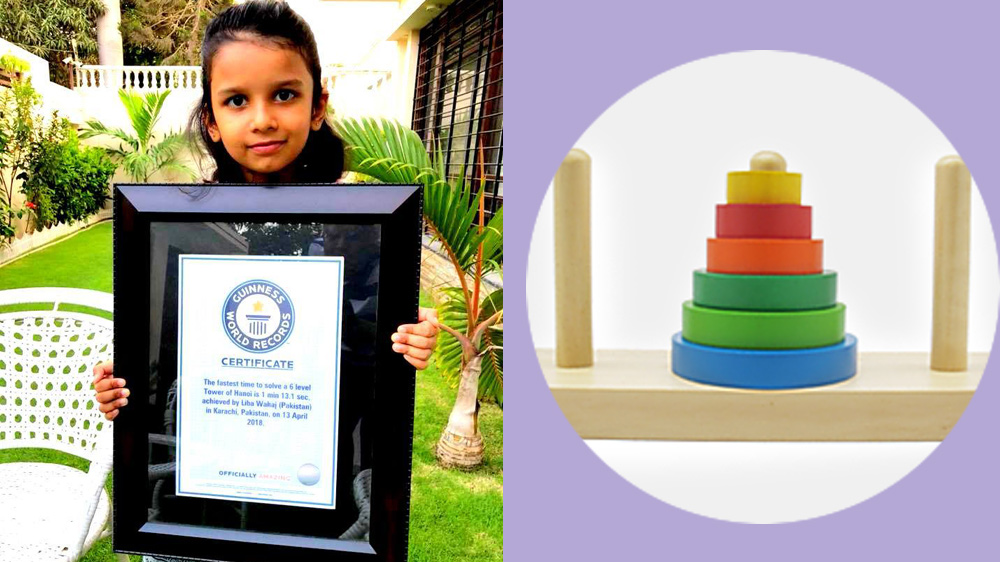 Amid the scorching heat, severe power outages, worsening water crisis, and political instability, Pakistanis have something to be proud of as a Karachi-based girl, Liba Wahaj has registered her name in the prestigious Guinness Book of World Records.

Having solved a 6-level Hanoi Tower in record time, Liba became the youngest Pakistani to hold a Guinness World Record. 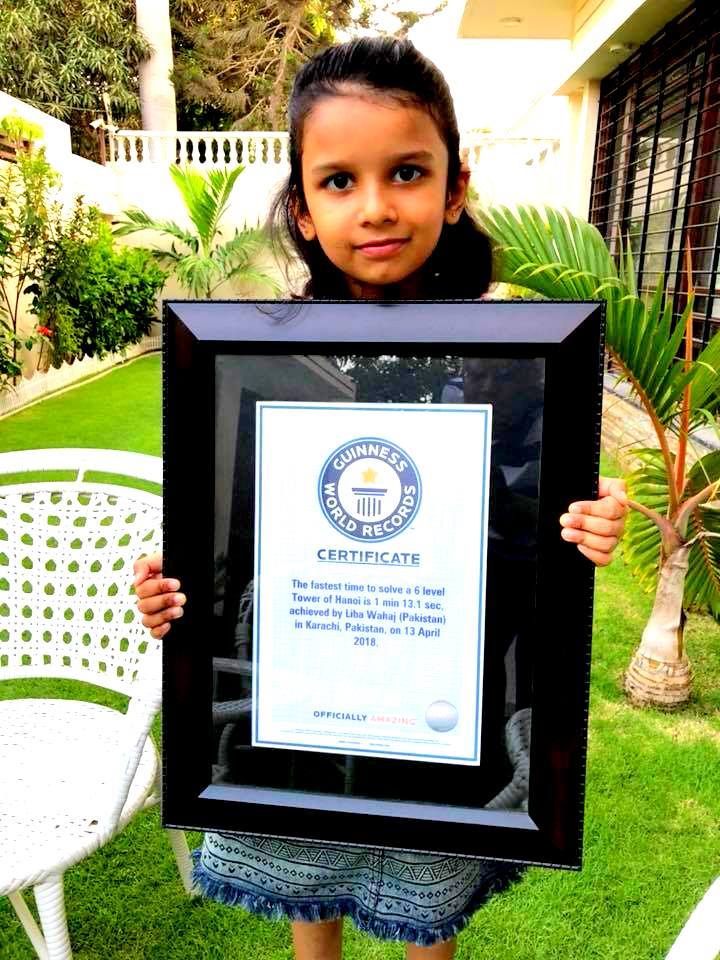 The daughter of a well-known educationist Wahaj Hussain, Liba bettered the record by a huge margin, solving the puzzle in 1 minute and 13.1 seconds, the previous record being 2 minutes 30 seconds.

She achieved the feat on April 13, 2018, in Karachi, making Pakistan proud while setting an example for other young kids to follow.

In case you are wondering how to solve a level 6 Hanoi tower puzzle, take a look at this video of Liba as she breaks a world record:

Another World Record by a Pakistani Girl

Meher Gul, another 12-year-old girl from Pakistan, holds a Guinness World Record for setting the chessboard in only 45.48 seconds. In addition, Meher is also the youngest girl to receive Women Candidate Master title at the 42nd Chess Olympiad. She is also is the youngest Pakistani (12 year old) to have participated in an international chess championship.