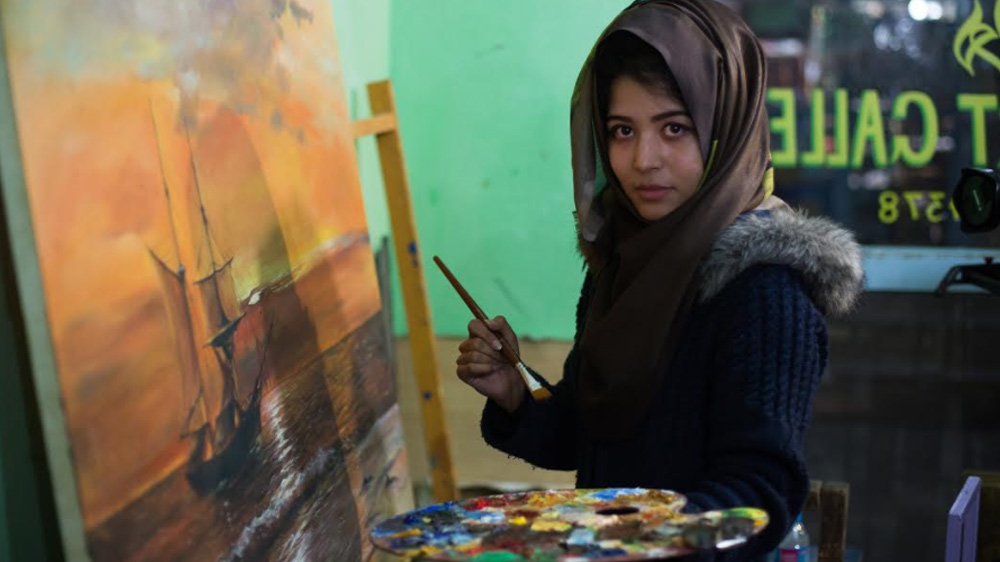 Hazara Town is a community on the outskirts of Quetta. It is a place where refugees from Afghanistan have settled to forge a new life, to recover from the ravages of war. They are not always free to move out of this sanctuary, as they belong to the minority Shia community, often targeted by extremists.

Living hard lives, they have not forgotten the solace that art can provide. There are a number of artists in Hazara Town and an art gallery too. The Hatif Art Gallery is an oasis of hope for this troubled community. It is here that Arghawan Hatif can be found, in a colourful studio that doubles as a gallery. It is chock-full of landscapes, portraits and still lives.

Her father, Hasan Ali Hatif, recalls the time when he didn’t even have enough money to buy art supplies and would draw on the sand. He took whatever work he could find to sustain himself but did not give up on his artistic work. He traveled to Iran where he trained in an academy while supporting himself through manual work.

Setting up his own studio and gallery in Hazara Town, Hatif began to teach young men of the Hazara community and to sell their work. Hatif speaks only his native Persian and was well known in his own community, but had difficulty reaching out beyond. His daughter, however, brought in a new set of skills. 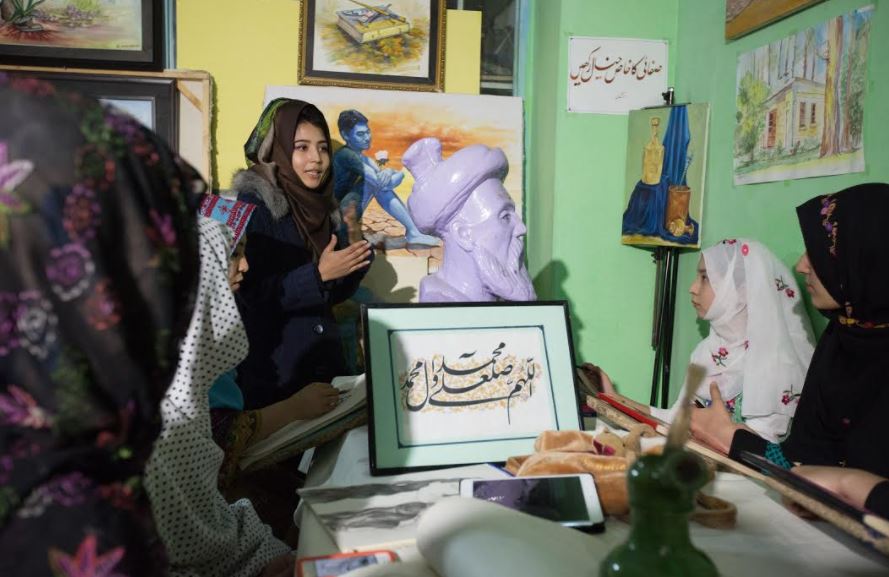 Arghawan was just a little girl when she discovered that she too could draw and paint. Hatif spotted his daughter’s talent and taught her to hone her skills. “She sold her first painting when she just twelve years old,” says Hasan Ali Hatif, “And began to help me with the gallery as well.”

Arghawan says, “I had learnt to draw and paint but felt I needed to learn more. I learnt English and Urdu and then joined computer classes, so that I could use software and promote our business through social media.”

Arghawan was selected for training in an entrepreneurship program supported by Karandaaz at the Balochistan University of Information Technology, Engineering and Management Sciences (BUITEMS).

Karandaaz, through support from United Kingdom’s Department for International Development (DFID) and the Bill and Melinda Gates Foundation, promotes access to finance for small and medium enterprises, to help generate broad-based employment in Pakistan, and foster the economic participation of women. The Karandaaz Women Entrepreneurship Challenge (WEC), launched in 2017, aims to support women-led businesses by providing business development support as well as risk capital and grants so the enterprises can grow.

In the first WEC round, Karandaaz partnered with three business incubators for the capacity building of women entrepreneurs. They are LUMS in Lahore, the Balochistan University of Information Technology, Engineering and Management Sciences (BUITEMS) in Quetta and Invest2Innovate (i2i). Businesses that successfully graduated from the incubation programs competed to receive funding from Karandaaz. 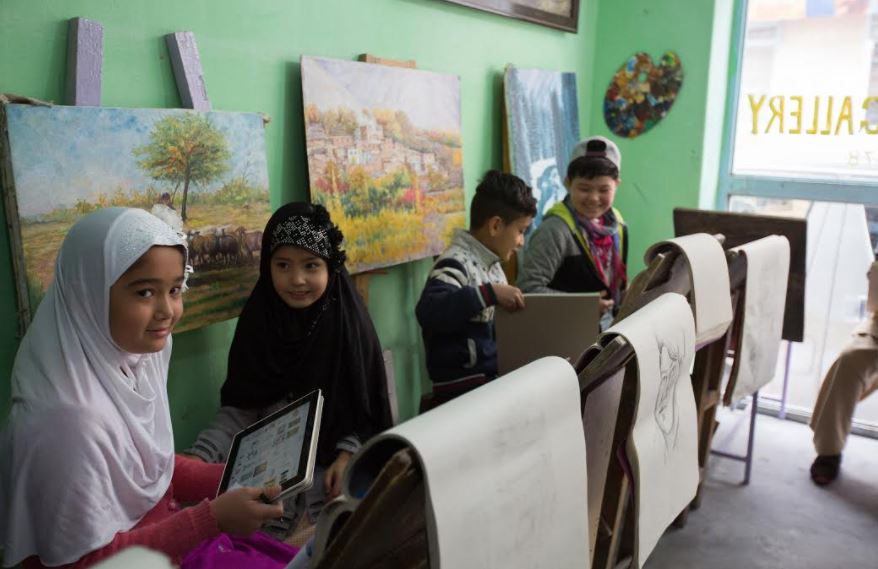 Arghawan says the entrepreneurship program led her to view her work at the art gallery in a different light. “Art is about self-expression,” she says. “But in today’s world, to run a gallery well, you must look at it as a business.”

“Before, we were just trying to serve our people,” she says. “But after learning about financial strategies and business plans, we will be able to do a better job of promoting their interests.”

Arghawan has now developed a book-keeping system for the Hatif Art Gallery. She has learned about online research, art marketing and how to use social media in the most effective manner.

“My business was a small one and not that professional,” says Hassan Ali Hatif. “But since Arghawan began to use social media to promote our work, we developed regular customers and organizations have come forward to support us.”

The gallery represents over a hundred artists and more are coming forward through social media outreach. Many of Hatif’s students have joined art schools such as the National College of Arts in Lahore and graduated to make their mark in the art community.

Funds are needed to set up a website and for art supplies and materials. Now that Arghawan is also set to receive a grant from Karandaaz to invest in her business, she can see the way forward. “The Karandaaz funding will have a great impact on our business,” she says. “We will be able to diversify our training program and take our marketing efforts to a new level.”