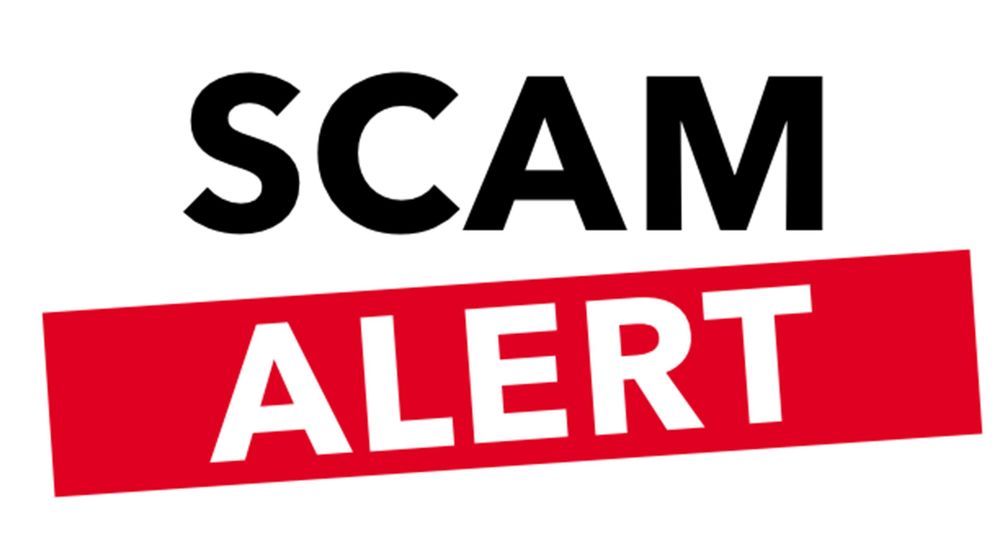 Pay Diamond is a fake company in Gilgit-Baltistan that has already gathered huge investment from the public.

People of Gilgit-Baltistan have invested around Rs 240 million in a fake online company. The company goes by the name Pay Diamond and as much as 700 people have already invested a huge sum of money in it. The investors mostly involve retired government officials as well as some politicians.

The company offered a lucrative rate of return which prompted people to invest in it without verifying its legal status.

Any company doing online business in Pakistan has to get its license from the Security & Exchange Commission of Pakistan (SECP). However, Pay Diamond is operating without any such license or a specified time frame for investment.

The company, despite its questionable legal status, also made more than Rs 30 million through commissions from the investors.

The public in the region has demanded an action against the company. It includes social workers and politicians who have asked the authorities to take stern measures. If the company is legit, it should be allowed to work. Otherwise, the company should be shut down and the money must be refunded, the demands add.

The police in the region warned the public about investing in Pay Diamond a few days back as well. The notice by the police added that Pay Diamond is a scam and might cause heavy losses to its investors. Here is a copy of the public notice that was circulated in the region. 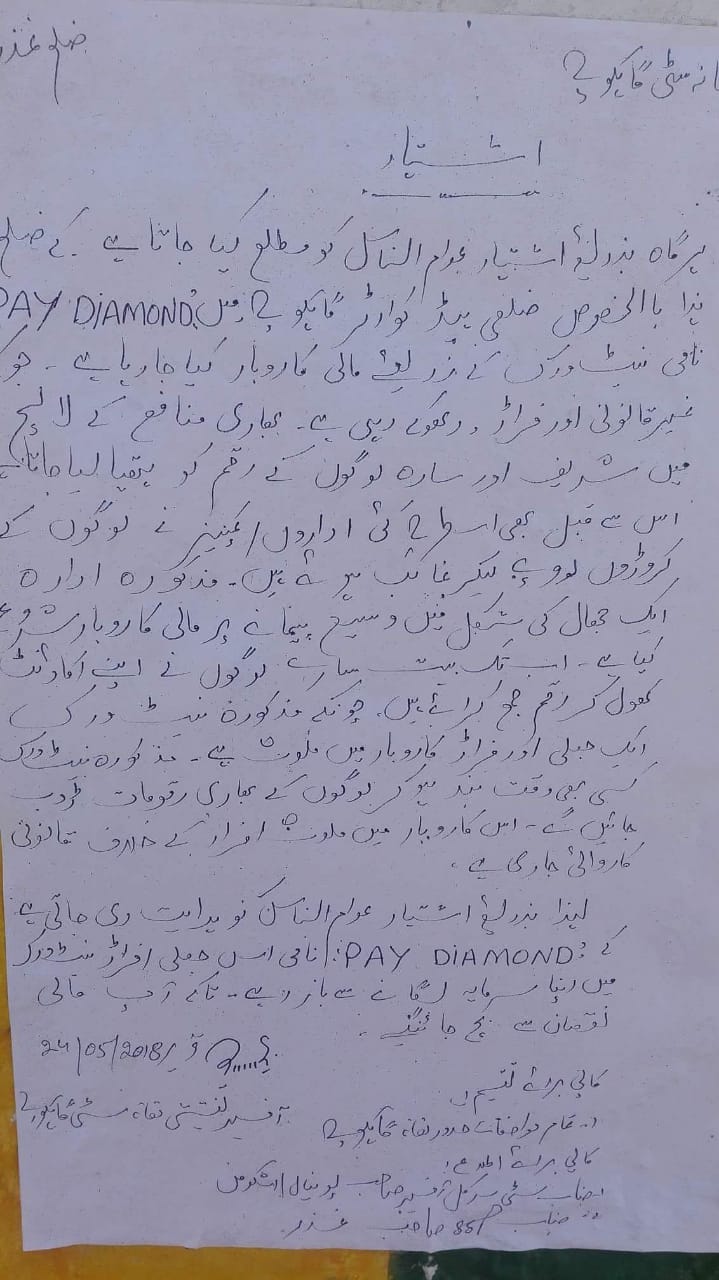 The National Accountability Bureau (NAB), last year, arrested an official of another bogus company from Gilgit-Baltistan. The company went by the name Big Board Advisory Service (Pvt) Ltd and was involved in a mega scam in 2004-05.

It offered 18-36% and in some cases 100-150% rate of return per year on investments. People, seeing such a lucrative offer, invested their money. However, a few days later the company closed all of its offices in the region and disappeared. There is no word on whether the money invested by people in Big Board was refunded or not, though the chances of happening that are slim.