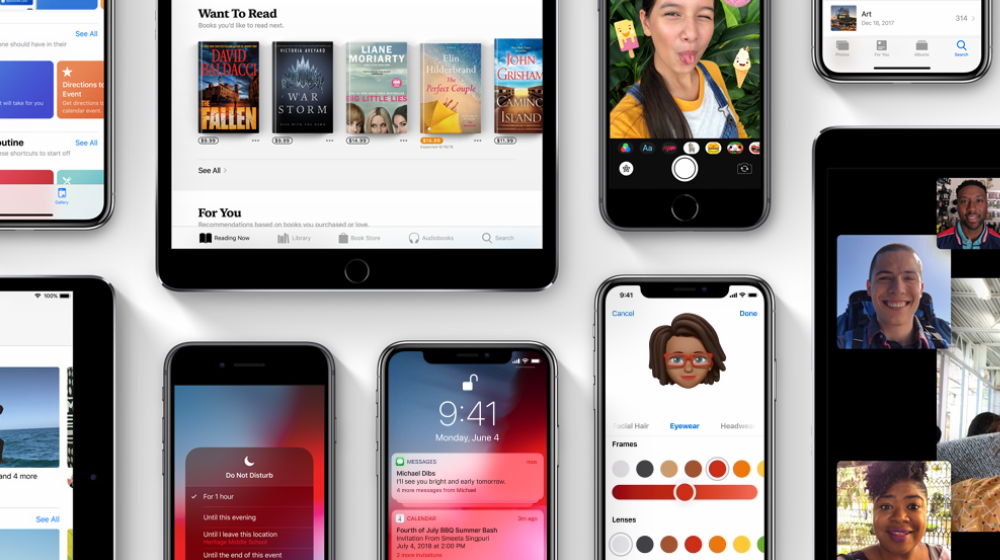 iOS 12 beta is out, and it’s all about performance and refinement.

Apple has recently released it’s public beta for iOS 12, the next major version of the operating system for iPhone and iPad. The iOS 12 was initially introduced on June 4th at the keynote event of the WWDC (Worldwide Developers Conference).

It’s not going to be a major update; Don’t expect significant design changes over the previous version, as it’s aiming at refinement, with behind the scenes improvements features and improvements to performance, notifications, and usability etc.

Everyone can download and test out the beta version from here.

This should be kept in mind that beta versions are not usually the most stable versions, you should avoid installing it on your primary device.

iOS 12 is “Doubling down on performance”, as said by Craig Federighi. The Apple exec is stressing that the new update will bring a significant performance boost.

The iPhone 6 Plus, for instance, sees substantial speed boosts with the iOS 12 update. Apps load up to 40% faster; the keyboard comes up 50% faster. Sliding to take a photo is up to 70% faster.

Smaller yet still significant gains can be observed with newer devices as well. Animations for tasks like accessing Control Center and dropping down the notifications bar feel more responsive and smoother.

Apple says that the iOS 12 can better optimize performance and can ramp it up immediately when it’s needed and can turn it down when not needed to preserve battery life. 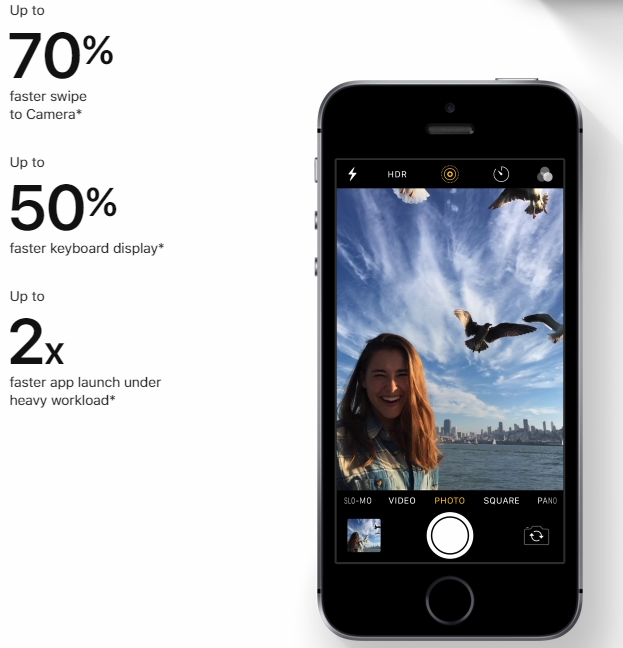 Screen Time is a brand new feature that lets you see how much time you spend in each app, how often you pick up your phone and which apps are sending the most notifications. This feature will help you to reduce the time you spend on your devices.

Screen time would let parents monitor their kids as to how long they’ve been using their devices and they can even set limits for apps and restrict apps that they don’t want their kids to use. 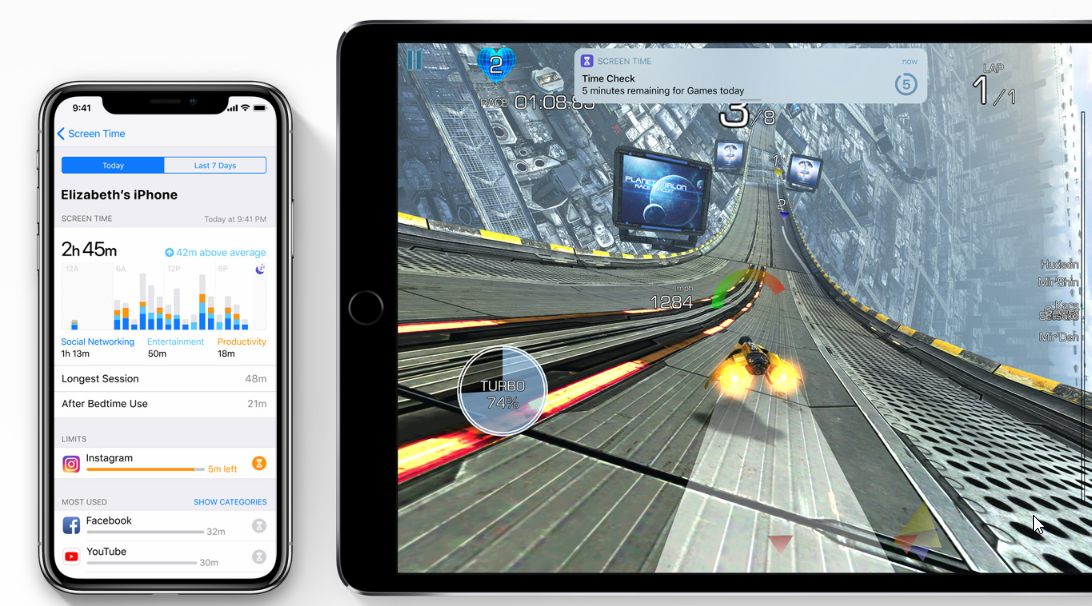 App limits will give you active reminders to spend less time on your devices within a particular app.

Apple Will Launch an iPhone with a Triple Rear Camera in 2019: Analyst

You can set a time limit on an app category, such as games, and when you’ve spent the specified amount of time, the device will send you a notification letting you know that it’s time to move on to something else. Just like those apple watch reminders.

With Downtime, you can set a schedule for times that you want to be away from your iPhone or iPad. When activated, Downtime allows access only to phone calls apps that you choose. 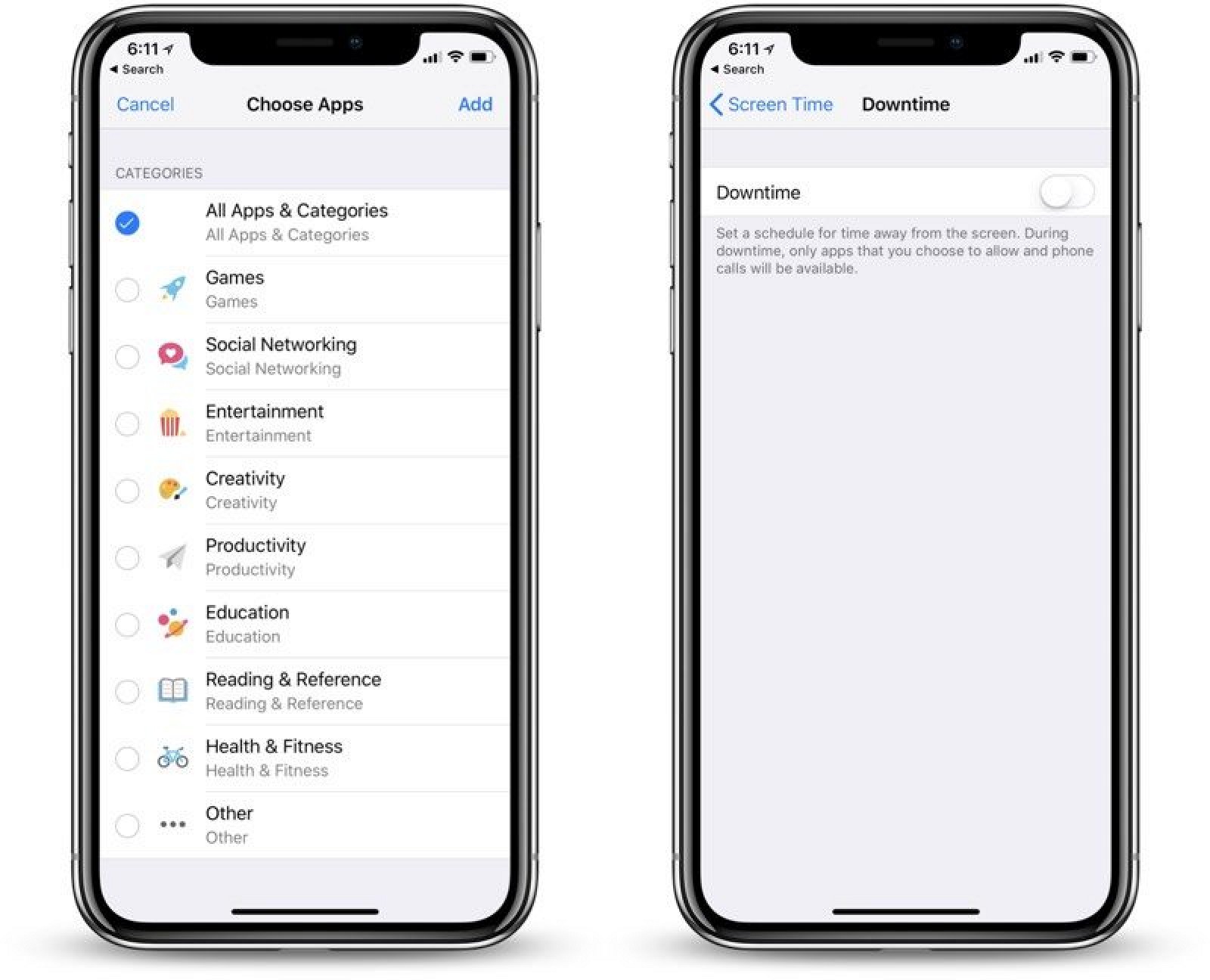 You can also swipe on a notification to disable notifications from a specific app or silence them directly from the lock screen. 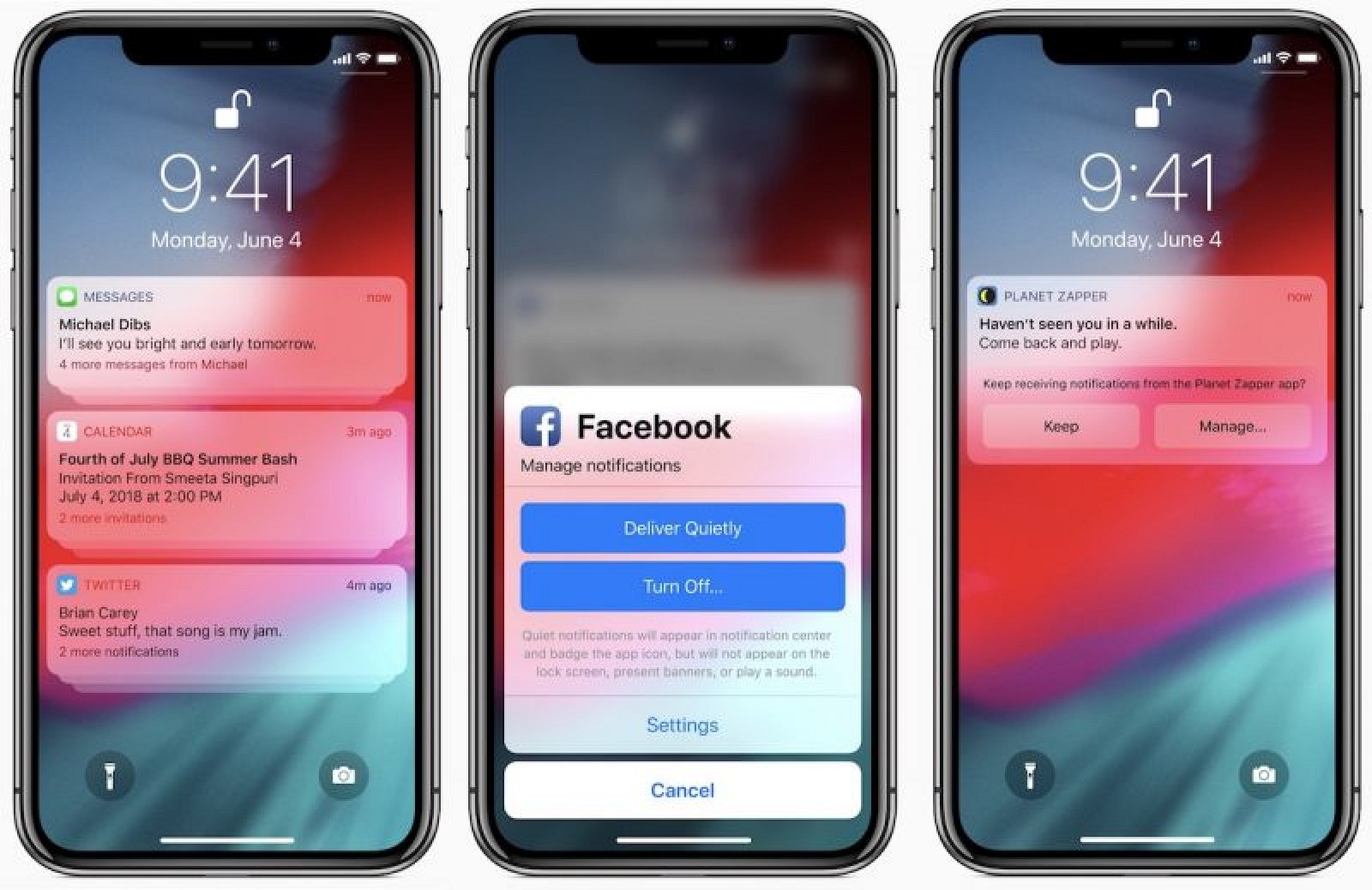 iOS 12 will have a better version of Do Not Disturb as it would be able to set a time for how long it should be on, it can also be set for a particular location. It will also be customizable directly from the Control Center using force touch.

Bedtime mode has also been added which can turn off notifications overnight and can be turned back on in the morning. 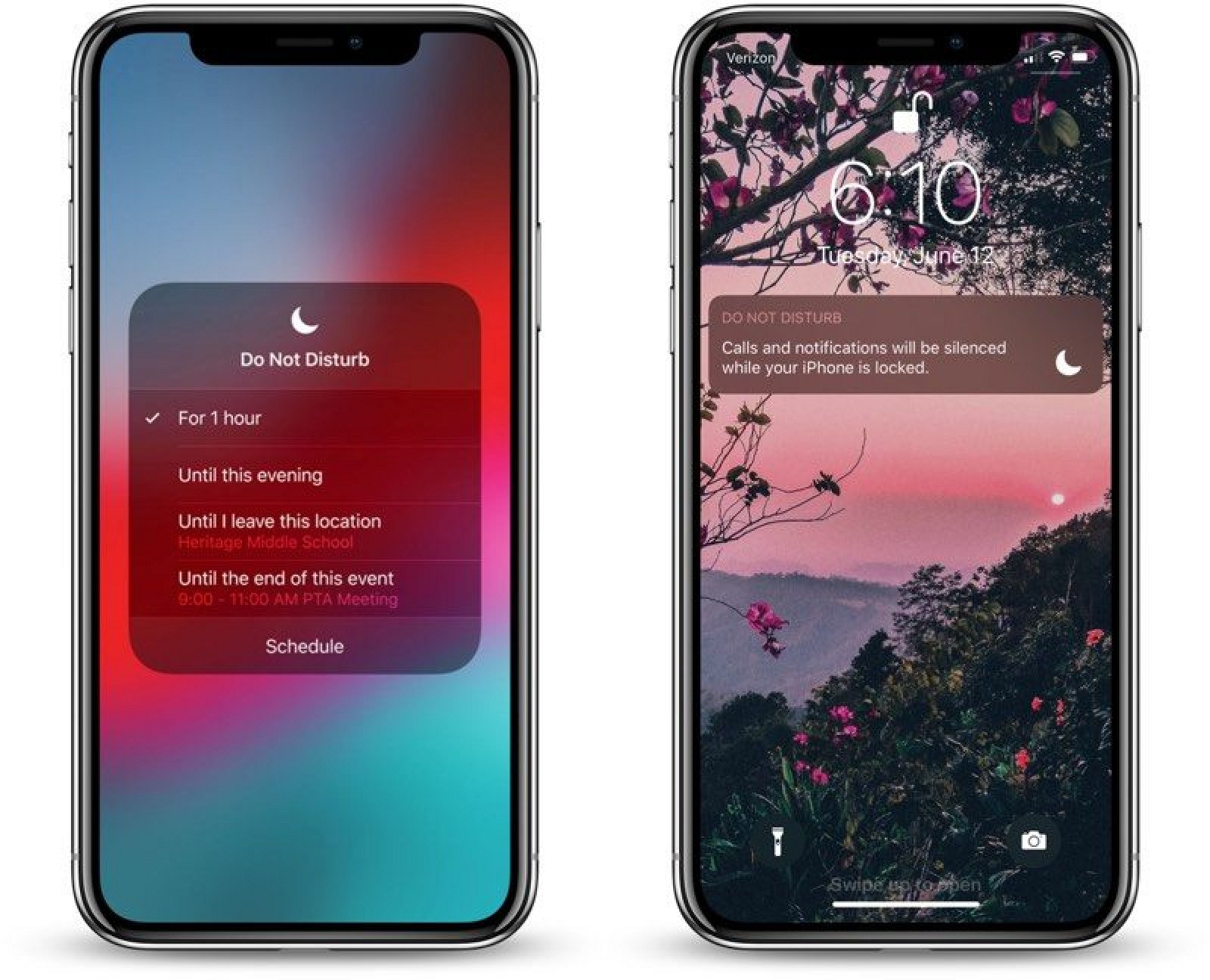 Animoji will be able to detect your tongue and will have better face tracking to understand different sets of emotions. There are new characters to choose from, including Ghost, Koala, Tiger, and T-Rex. Animoji recordings can now last up to 30 seconds.

There’s one more thing called Memoji in the new beta, which only works on the iPhone X for now. You can make a custom avatar that you can use in iMessage and FaceTime to represent you.

There’s no limit to how much Memojis you can make. Users will have different options to choose from in order to customize their Memojis, like skin color, hair color, hair style, eye color, eyebrows, nose, features like freckles and facial hair, accessories, and headwear etc.

You can also apply Animoji and Memoji faces to your own face in the camera, for fun cartoony overlays. 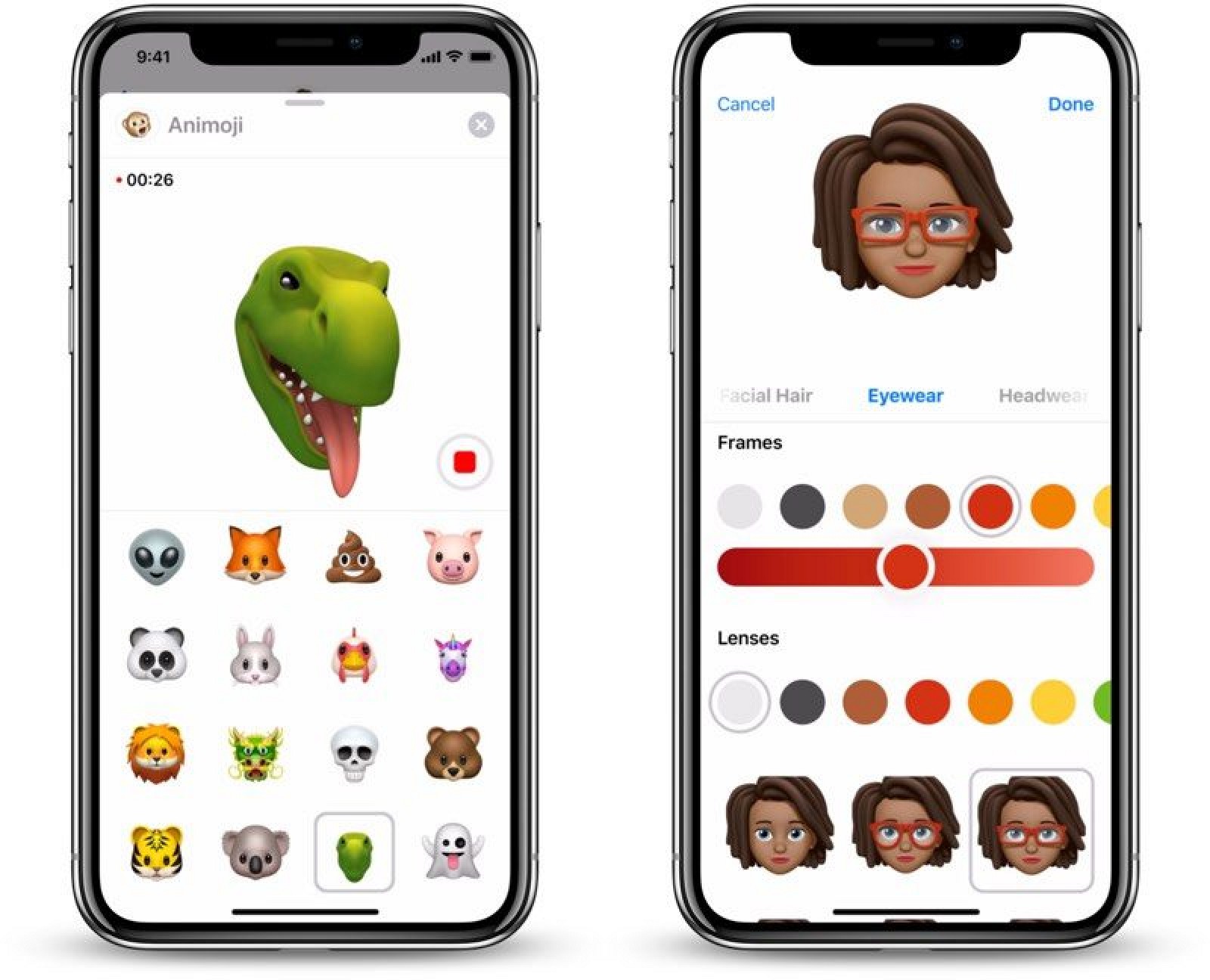 ARKit 2.0 promises to add new functionalities and will be more useful and fun when augmented with iOS apps.

Face tracking and object rendering have been improved, and there’s new 3D object detection, that will be able to know and judge an object’s orientation.

With ARKit 2.0 you’ll be able to accurately measure objects using the camera. But the biggest addition to ARKit is the ability to share the experience across all devices, for example, if you placed an object in AR world it can be seen through other devices as well because it will sync across all your devices.

Apple has developed a new USDZ file format alongside Pixar for AR assets to be used across the system in Safari, Messages, Mail, and more. 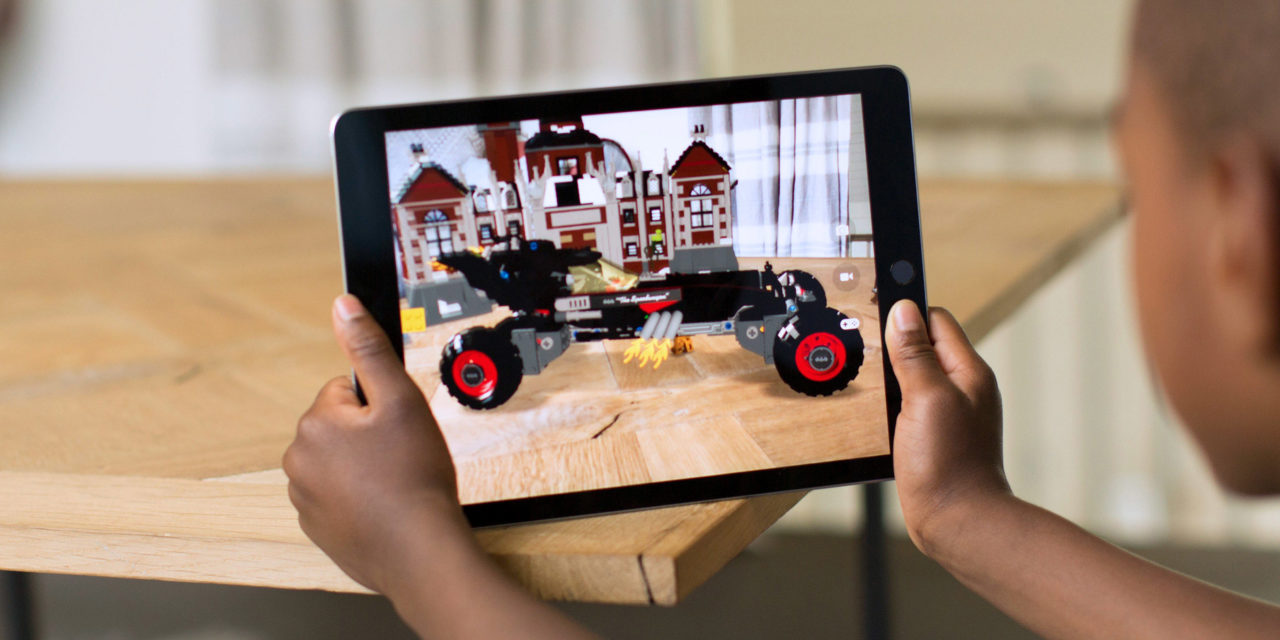 Stock apps such as Photos, News, Stocks, books etc. have been improved. Some of these major changes are:

iOS 12 will let you natively make group facetime calls. You can make group calls with up to 32 people. It will also support Memoji and Animoji, and other fun camera effects that would work for both FaceTime and the Messages app.

Group FaceTime calls can be answered on iPhone, iPad, Mac, Apple Watch, and HomePod. HomePod and Apple Watch only allow audio calls but group calling works on both. 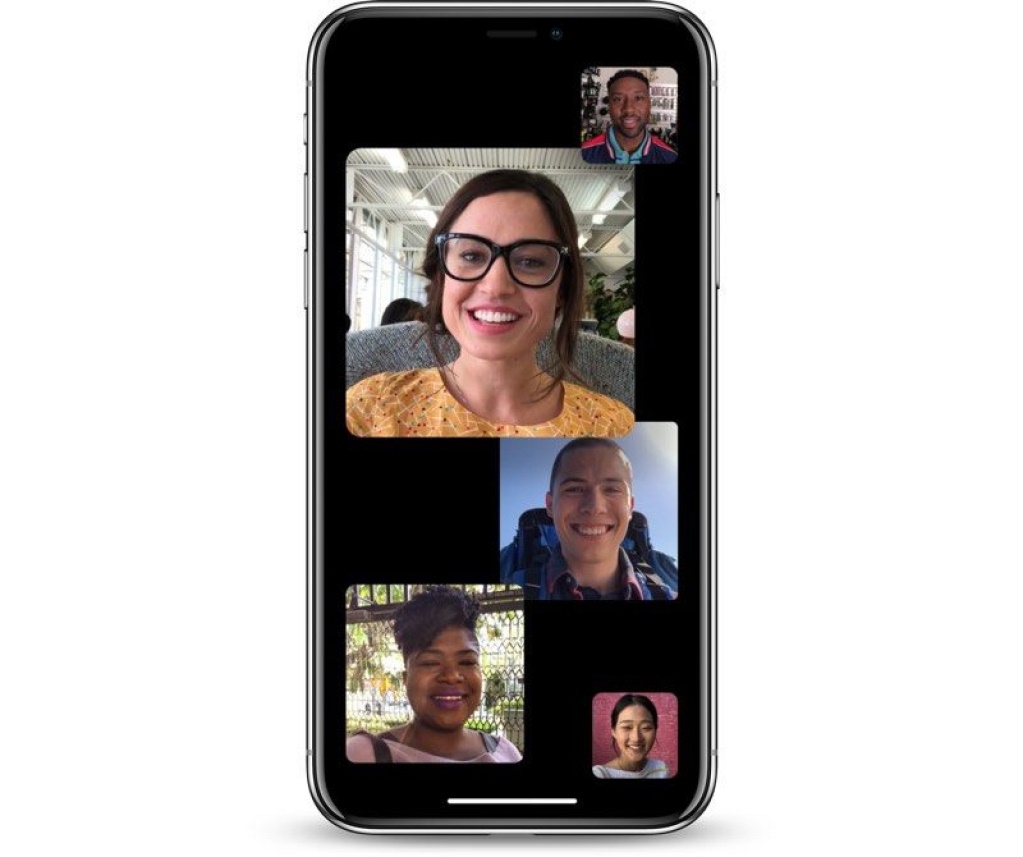 Siri has gotten a few updates to make it smarter. It can now provide you access to passwords stored in your iCloud Keychain. It can also translate to and from an additional 40 languages.

Siri additionally offers suggestions to turn off notifications for apps you don’t use anymore, and all in all, notifications are less intrusive in iOS 12.

Apple is releasing the Workflow app as a new Siri Shortcuts app. Developers will be able to add information to Siri as well so that you can add a boarding pass or a music playlist to Siri.

You can set different shortcuts for first and third-party apps, which can then be activated directly from Siri using voice commands.

For example, you can create a shortcut to do something like turning on the air conditioner or the thermostat at home using the Nest app. 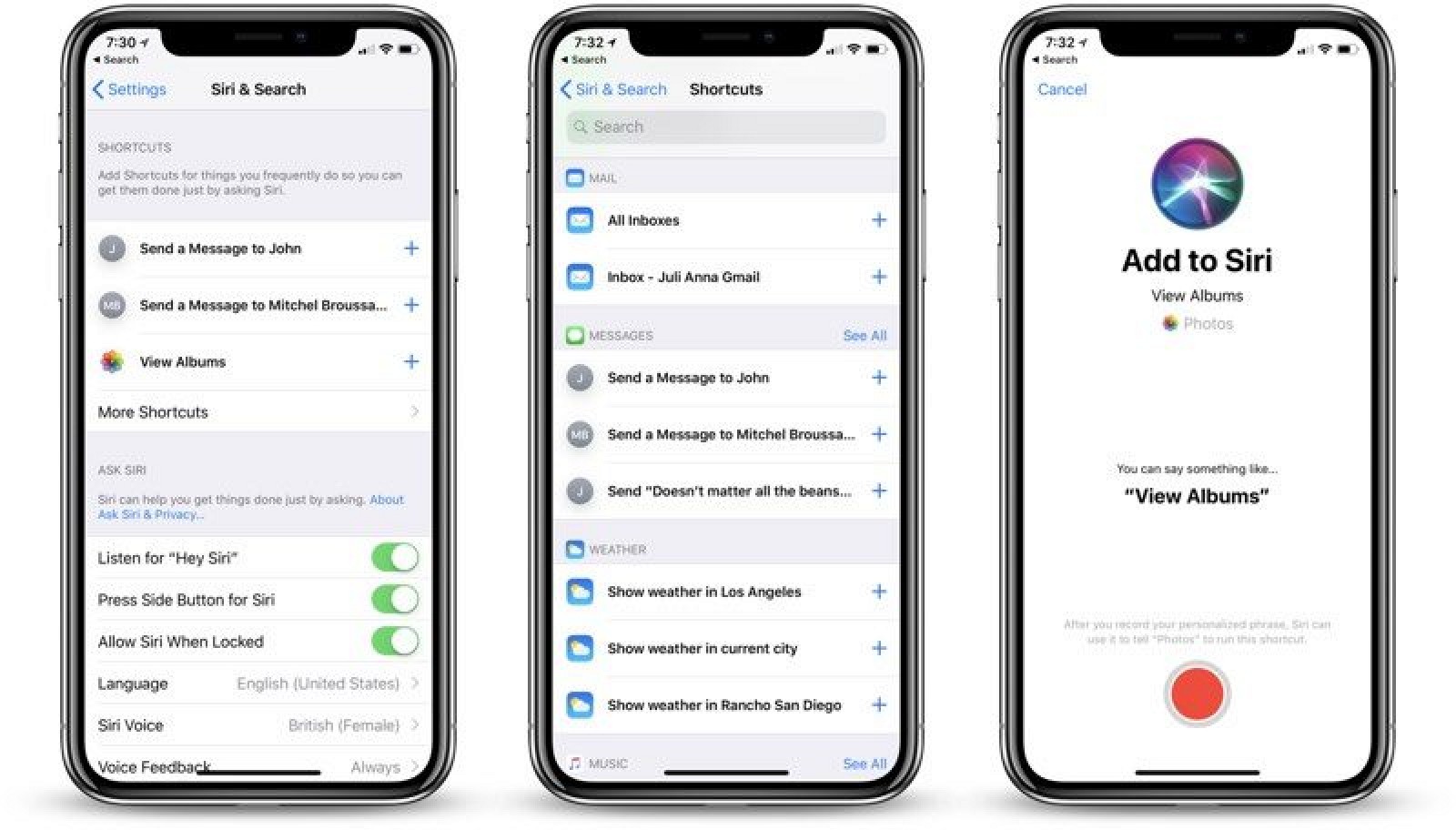 The Messages app on all devices offers a new Effects camera that lets you add fun effects to photos using the camera.

There is a star on the left of the Messages camera lets you access a selection of filters, shapes, text effects, stickers and pen tools that can be used to edit photos before you send them within Messages. 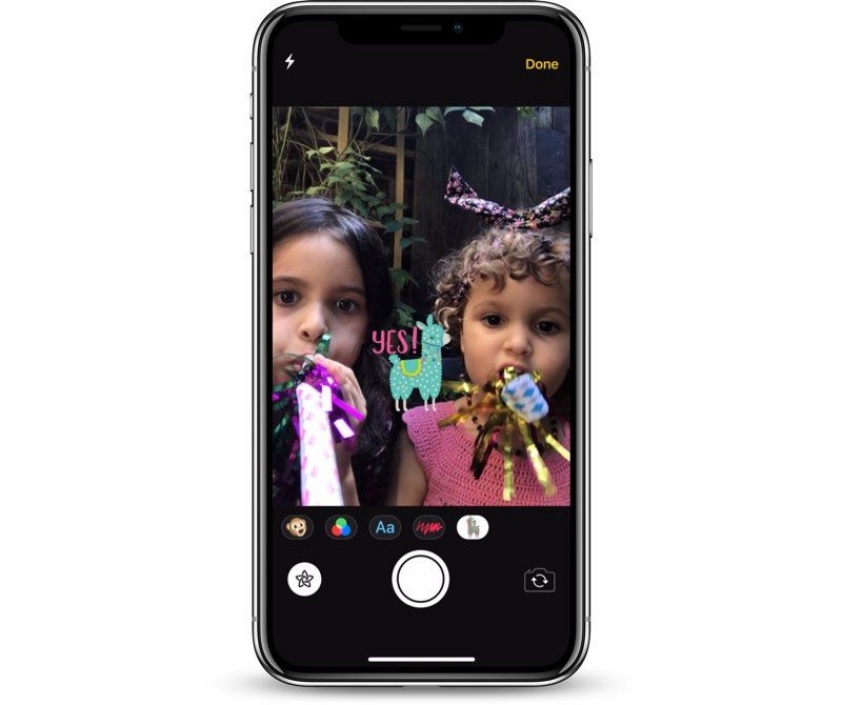 The Photos app on iOS 12 has been improved with better search. Now it’ll group results by dates, names, and events.

It also features a new “For You” tab that offers a selection of Memories, recent photos from shared albums, photos you took on the current day in past years etc. which Apple has copied from Facebook’s “From This Day” feature.

The new update will automatically recognize your friends and family in your photos. The app will give you suggestions to share their photos with them and also ask for your photos that are on their devices.

Photos app will also offer end-to-end data encryption to keep all of photos and videos safe, even Apple itself won’t be able to view them (seems iffy but Apple says so).

Importing tools are also updated as you would be able to import photos and videos from professional cameras and RAW photos can also be imported into Photos on iPhone or iPad and edited on the iPad Pro.

The albums tab is now organized in a list making it easier to scroll and find the desired album. 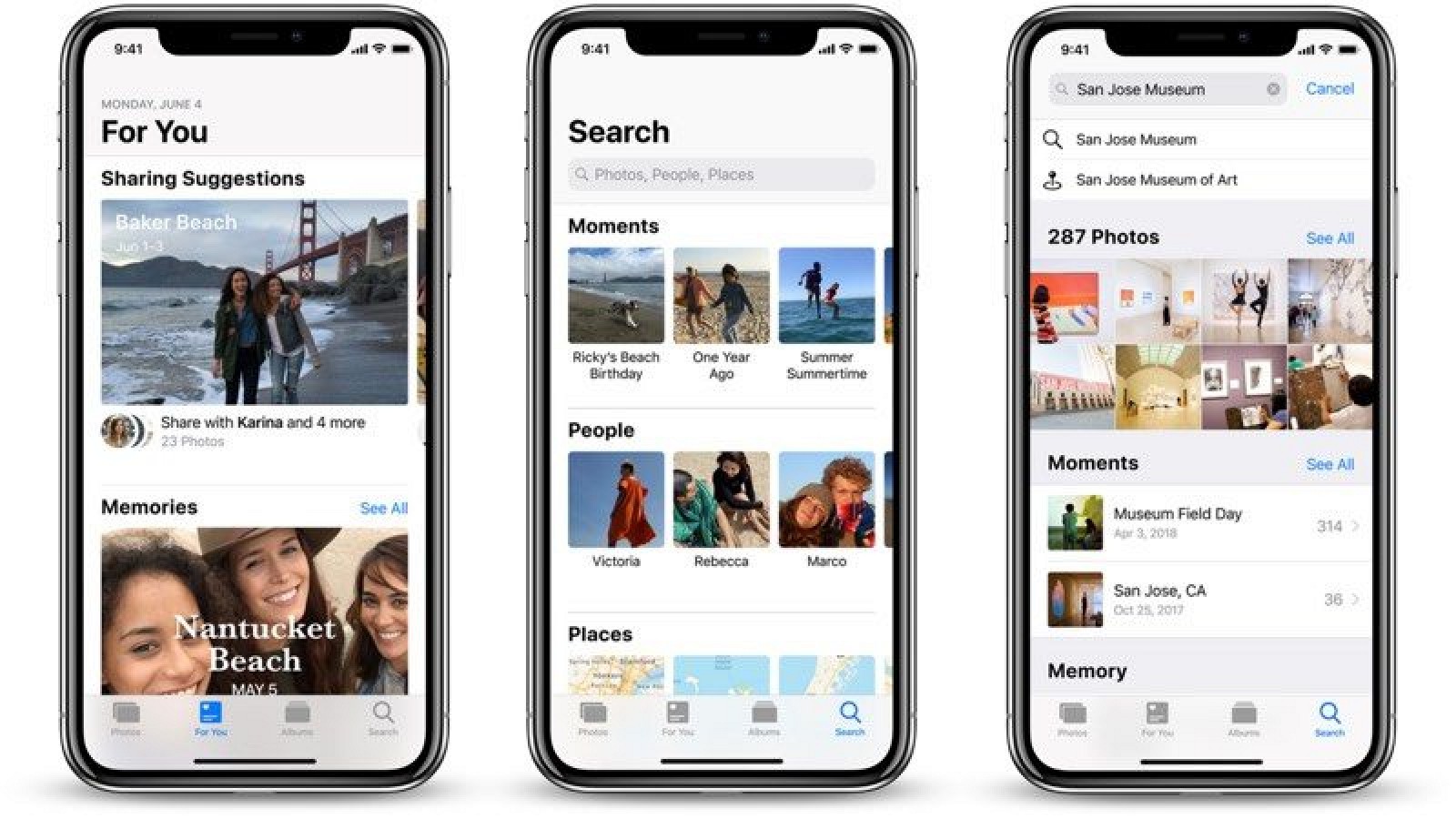 A new Browse tab has been added to the Apple News app. While on the iPad there will be a dedicated sidebar for Apple News to allow navigating through news topics more quickly. 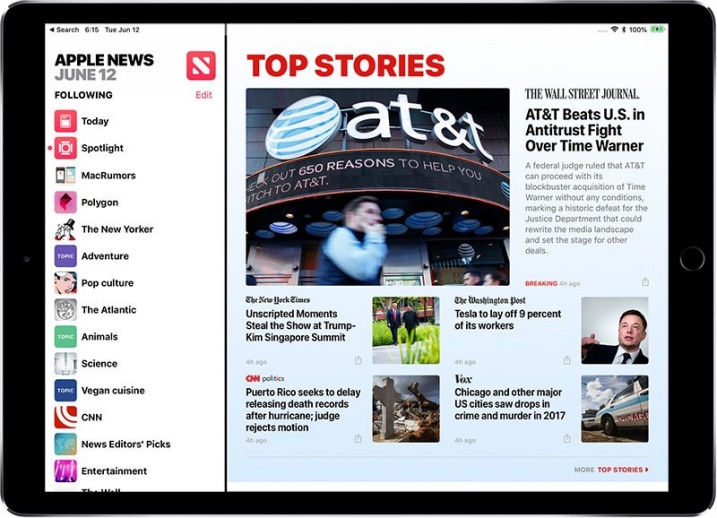 The stocks app has been redesigned with a fresh new look that’ll show you sparklines and after hours performance, along with Apple News integration that will feature stories related to business.

You can also set a newly customizable watchlist to keep track of your desired stocks under a single tab. 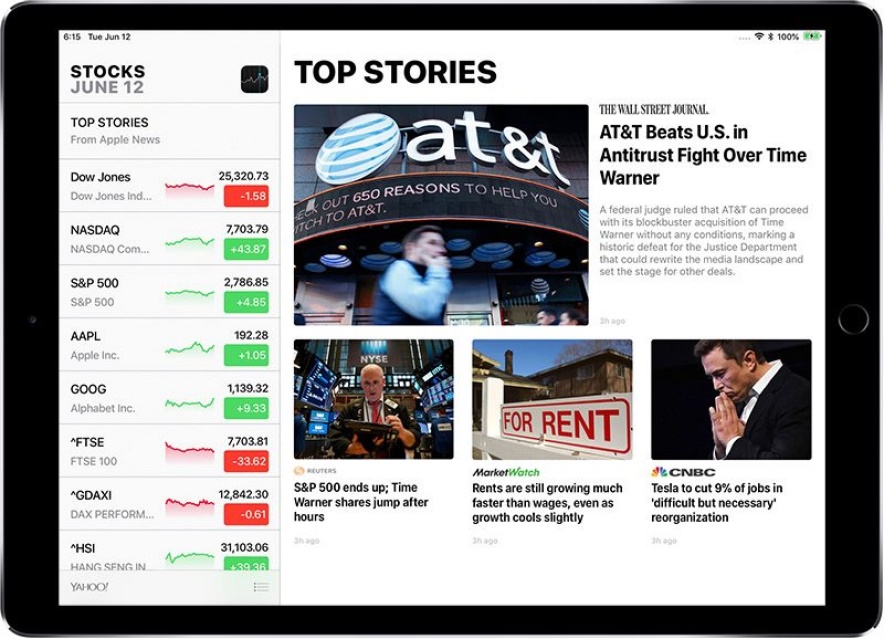 iBooks is now being rebranded to Apple Books, with a few key updates that give the app a new look and features like redesigned library sections that organize books and audiobooks in a more manageable form.

Apple and Samsung Settle Long-Running Dispute Out of Court

It also gets a new Reading Now section, to continue reading from where you left off. It will also be synced across all your devices. 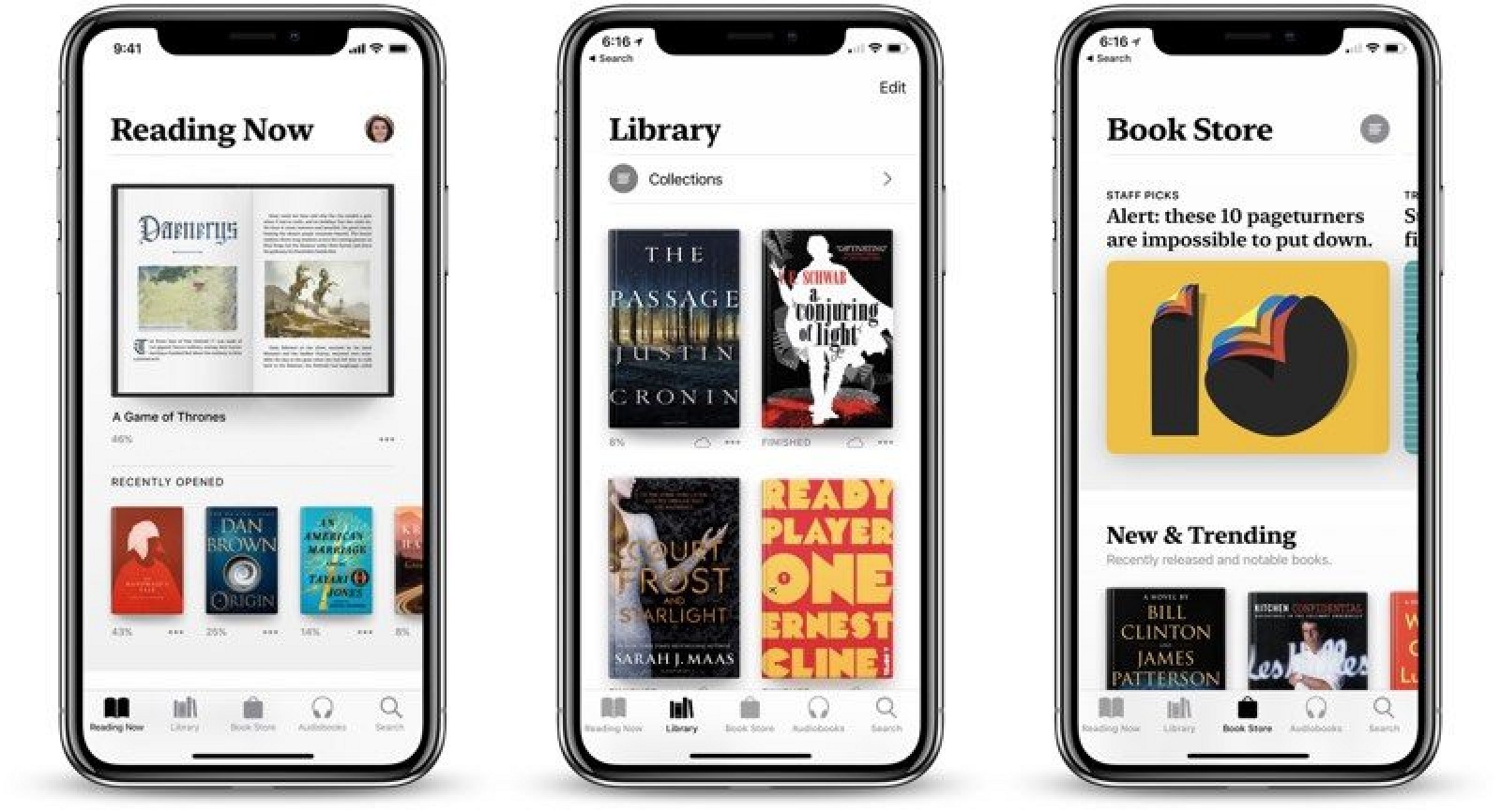 CarPlay can now support third-party navigation apps like Google Maps etc., which is without a doubt a huge improvement over the standard Apple Maps.

Carplay will have more powerful search capabilities and search suggestions, along with a new “For You” section that offers photo highlights, editing suggestions, and “on this day” to give you highlights from the past. 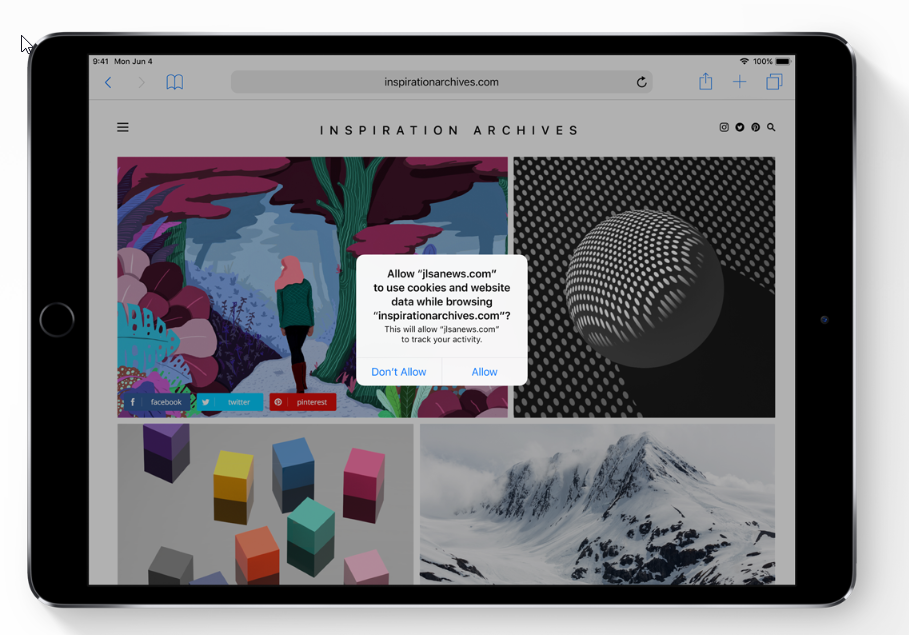 Your device will automatically suggest strong, unique passwords for each and every website and app where you need to create a login.

These passwords will be stored on your iOS device, and you can access them by even asking Siri to open up your list of passwords, as they would be synced with iCloud. It will also suggest that you’ve used a password that’s too weak or has been already used across multiple sites with password auditing features.

For apps that provide two-factor authentication, requiring a code to be sent via text for confirming the login, the text message will automatically be read in iOS 12, completing the log in process.

This is something that has been on Android for quite a while now, and it’s good to see Apple finally catching up with the times.

The final public launch of iOS 12 is expected to happen in the autumn – probably in September.