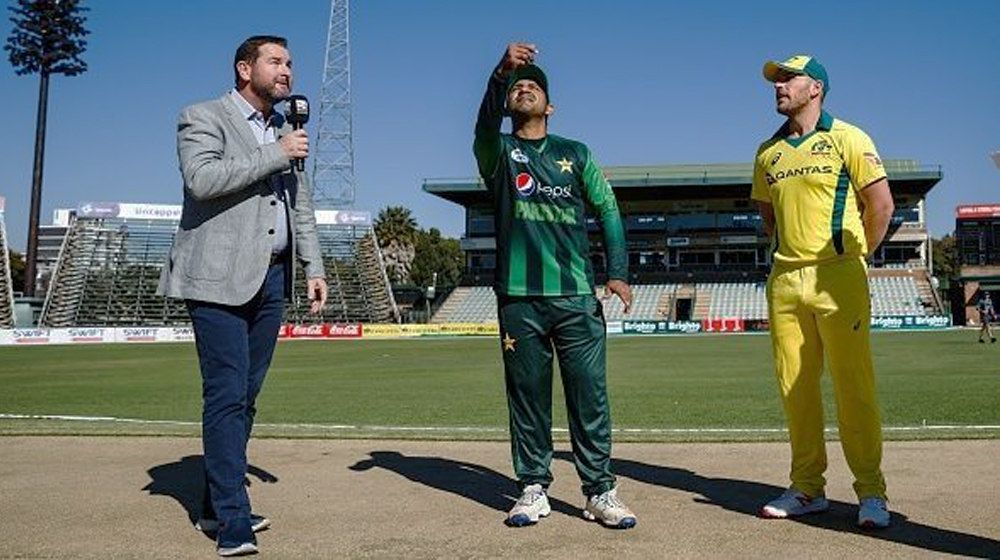 Pakistan are looking to regain ground on Australia as the Greens face Aussies today after knocking out the hosts Zimbabwe.

Both sides are guaranteed their spot in Sunday’s final after Pakistan consigned the hosts Zimbabwe to a third straight defeat on Wednesday. But Pakistan need a strong performance if they are to seriously challenge Australia, who have been in scintillating form since arriving in Africa.

Currently, here is how the table stands:

The first meeting between the sides yielded a nine-wicket win for Aaron Finch’s team, who won with 11.1 overs to spare after Billy Stanlake’s 4/8 helped restrict Pakistan to just 116.

Captain Finch hit a 33-ball 68* in that chase, but that was just a warm-up for what was to come the following day, when the brutal right-hander made a record 172 off 76 balls against Zimbabwe.

There were pleasing contributions from Pakistan’s batsmen in their Wednesday outing – 47 for Fakhar Zaman, 44 for Hussain Talat and an unbeaten 38 for skipper Sarfraz Ahmed – but they must find away of surviving and scoring quickly off the tall, pacey Stanlake if they are to compete with the Aussies.

Billy Stanlake (Australia): Perhaps unusual not to opt for Finch given his form but it’s the aggressive Billy Stanlake who won the game for the Aussies in the teams’ last meeting. By ripping out the top order and going at just two an over in the Powerplay he finished the match almost before it was started.

Fakhar Zaman (Pakistan): Left-hand opener Fakhar Zaman has made runs in both matches against Zimbabwe, now it’s time for him to transfer that form to Australia’s attack. He is capable against top opposition – who could forget his performance in the final of the 2017 ICC Champions Trophy? – and Pakistan are relying on him to get them off to a positive start.